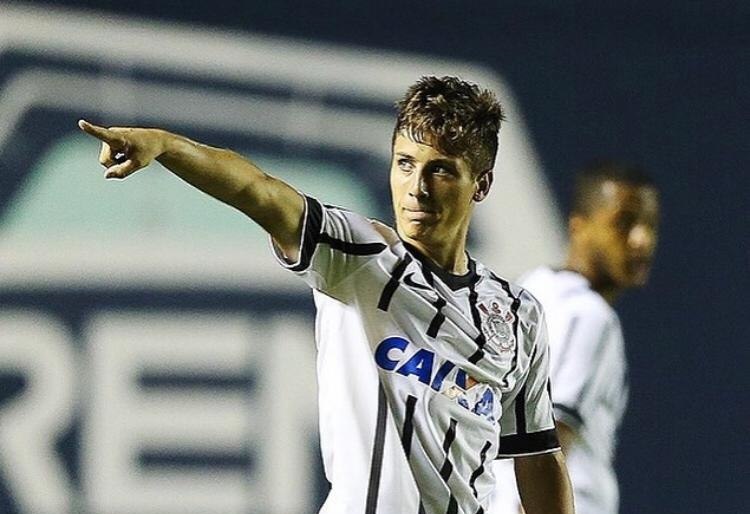 Remember the trajectory of midfielder Matheus Cassini, Corinthians promise who was sold before his professional debut

The player Matheus Cassini
was revealed by Corinthiansin 2015, and was considered one of the main promises
of your generation. in the club since 12 years old, Cassini excelled in every category he played in. However, in the under-20, he won the main titles of his passage through the Corinthians base. In addition to winning the Brazilian category championshipMatheus won the Sao Paulo Junior Football Cupin 2015, the main youth tournament in Brazil.

After winning Copinha, the young man was permanently integrated into the professional team and started training with the cast. At the time, Corinthians had a team full of stars who were marked in the club’s history. Cassio, Renato Augusto, Jadson and Ralf were some of the players who were part of the squad. In addition, the coach of Timão at the time was the current coach of the Brazilian team, Titus.

Also read: After Simaria’s unfollow, Simone reveals that she didn’t sleep well during the night

In an interview with the TV Cultura website, Matheus Cassini recalls his arrival in the team’s professional cast: “When I went up to the professional ranks, most of the cast helped me a lot and the coaching staff, so it’s not even mentioned. After two weeks, I was already feeling at home and then I started looking to evolve to keep up with the guys’ level.”

The attacking midfielder came up with high expectations and he was expected to quickly participate in games for the professional team. Nonetheless, at 18 years oldCassini was traded with the Palermo from Italyand left the São Paulo team even before making his professional debut.

About the early departure of alvinegro, Cassini comments: “It was all very fast. I trained for three months and ended up leaving. Honestly, I regret the way it was done. At that time, I was 18 years old and it was all very new to me. It was difficult to assimilate some things and I ended up leaving Corinthians the way I didn’t want to. That’s a regret.”

Matheus arrives at the Italian club with high expectations. Hopes that he would perform well quickly further hampered the process of adapting to the country. The new culture, language and style of play were the main problems faced by the attacking midfielder. “It was another culture, another language and a completely different style of play. I arrived with high expectations and was not prepared to respond as quickly as they wanted. They (Palermo) had just sold the Dybala and hired me to replace him. However, the Dybala it took four years to achieve all those results”, he says.

Read also: Widow of Bruno Pereira demands retraction from the federal government for death of indigenist

Unable to adapt, the player was loaned to Inter Zapresic, from Croatia, after six months of his arrival in Italy. Facing new problems, Cassini was unable to stay long at the following clubs he passed through and was transferred several times.

Currently in Forward Madison FCa club that competes for USL1, third division of the United States, Matheus says he was very impressed with the level of professionalism and with the evolution of the local league. “In the past, the American league was not valued, but with each passing year, it has evolved more. Nowadays, there are players who are playing at a high level in Europe and still choose to come and play here.” The 26-year-old added that he was “happy after a long time” playing football.

Faced with the flood of injuries in the defense of the Brazilian team, coach Tite …