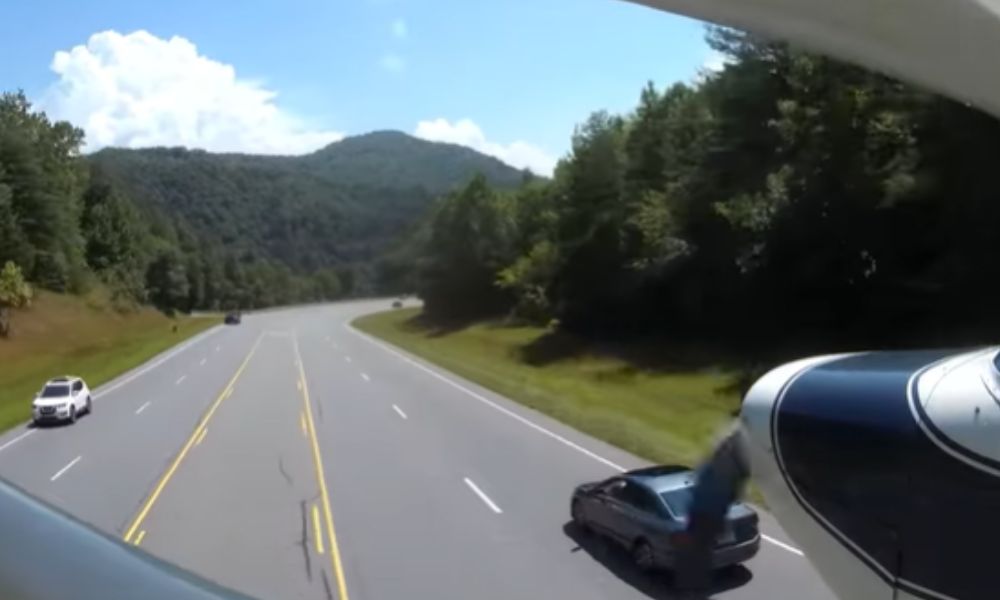 Vicente Fraser has been authorized to fly for 100 days; he was with his father-in-law at the time of the incident, but no one was hurt

A rookie driver, identified as Vicente Fraser, had to perform a bit of an emergency on a road in North Caroline on the 3rd of July. The moment was recorded by a video that shows the young man diverting the plane from cars and transmission lines to achieve a safe landing among the cars. According to local media, the pilot noticed an engine problem and started looking for options. “I looked to the left and before I couldn’t see anything because it was just mountains and trees, but there was a road,” he said in an interview with Fox News. Fraser was accompanied by his father-in-law on the flight, but luckily no one was hurt. Despite being a veteran in the US Army, the pilot is new to aviation. According to information from the newspaper “Today”, Fraser has been authorized to fly for 100 days. For Sheriff Curtis Cochra of Swain County, North Carolina, the work done by the young pilot was incredible. “If you look closely you can see the transmission lines that he managed to bypass,” he said. “It could have been catastrophic,” he added.

Previous About 30 new emojis that can be released are revealed; check the list
Next Threatened at Atlético-MG, Turco seeks to avoid a negative mark that Galo has not suffered in 259 games | athletic-mg