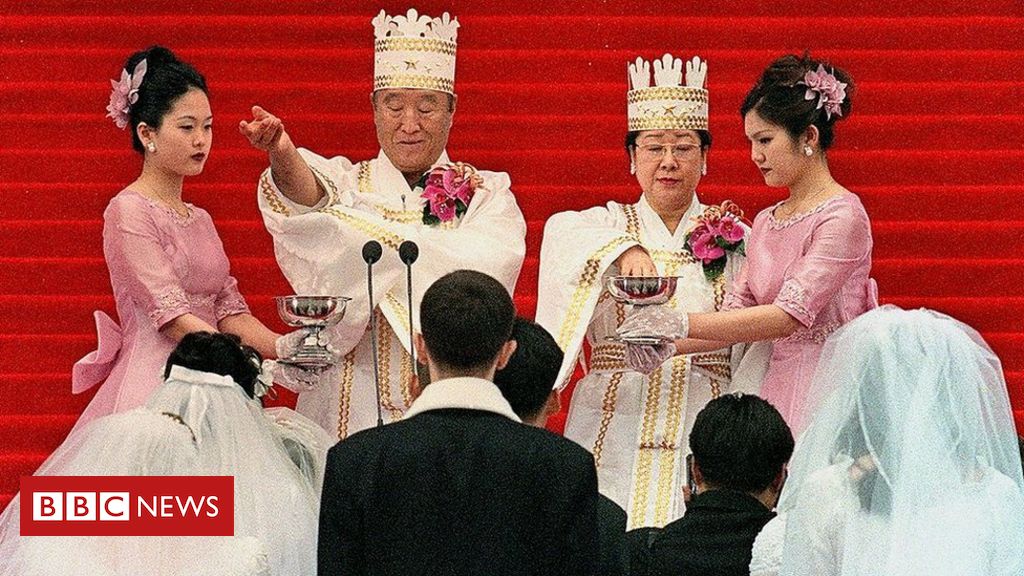 Controversy and scandal have haunted the Unification Church for decades, a multimillion-dollar religious group founded by the Reverend Sun Myung Moon that is now being linked to the assassination of former Japanese Prime Minister Shinzo Abe last Friday. .

According to Japanese media, Tetsuya Yamagami, Abe’s self-confessed murderer, told police he acted out of spite against a religious organization that had pressured his mother into donating large amounts of money, thus ruining his family.

He believed that Abe had favored this religious institution in Japan.

Although the police did not reveal the name of the religious organization, the Federation of Families for World Peace and Unification (the name currently used by the Unification Church) confirmed that Yamagami’s mother was a member.

Tomihiro Tanaka, responsible for the organization in Japan, confirmed that she joined in 1998, then left and returned this year.

According to Japanese media, Yamagami’s mother sold her house and land more than two decades ago to make a donation of around US$700,000.

The Unification Church states that all donations are voluntary.

While the reasons why Yamagami felt that Abe favored the Unification Church are not entirely clear, the late former premier is known to have participated as a paid speaker at one of the many events organized by this religious group.

But what is the origin of this institution and why does it cause controversy?

From Korea to the world

The Unification Church was created in 1954 in South Korea by Sun Myung Moon.

It’s a variation on Christian theology based on the idea that, in sinning, Adam and Eve failed in the divine plan — and that the world needs a new messiah who would be Moon himself.

According to their beliefs, the loss of divine grace was due to Eve having illicit sexual relations with the devil on the spiritual plane, which led to the later fall of Adam, and all humanity ended up replicating the devil’s lineage.

The Unification Church regards the family as the cornerstone of society and spiritual development, which is why it attaches great importance to marriage — and, in fact, is known worldwide for organizing large group weddings.

From South Korea, this institution passed to Japan and, at the end of the 1950s, it began to move to the West, where for decades it was branded as a “sect”.

He managed to establish himself in the United States, where Moon lived in the 1970s, and since the 1980s he has been present in several Latin American countries, especially Brazil.

The Unification Church is known for its ability to raise funds, a task in which it has been very successful in Japan, where, according to experts, about 70% of the funds it manages, estimated at hundreds of millions of dollars, originate. .

In fact, a former high-ranking member of the institution even told the American newspaper The Washington Post that, between the 1970s and 1980s, Moon took about $800 million from Japan to the United States.

Part of these resources would come from the sale of religious objects with supposed spiritual powers manufactured by companies that belonged to the Moon family, but above all from the so-called “spiritual sales”.

Through this mechanism, the faithful were asked for financial donations to “help lift the spirits” of their deceased loved ones.

According to people who belong to the organization, its members in Japan review the obituaries and then visit the homes of the bereaved to tell them that the deceased person contacted the Church and asked the family to take money from the bank to donate, in order to achieve your spiritual elevation.

This fundraising mechanism spawned several lawsuits in Japan, in which hundreds of affected people were rewarded in the courts.

Elgen Strait, a former member of this organization, spoke to the British newspaper The Telegraph about the pressure there is to make donations.

“There is an idea present throughout the organization that your spiritual standing is directly affected by the amount of money you give. In the United States, you are expected to donate 10% of your gross income each month. In Japan, it is 30 %. But that’s just for starters”, he declared.

Moon, who in 1982 was arrested in the US for tax evasion, also became a businessman who was estimated to have a fortune of around $900 million when he died in 2012 at the age of 92.

At the time, he owned investments in a football team, an automobile factory, a weapons factory, and The Washington Times newspaper, among other businesses.

In Brazil, Moon owned large tracts of land on the border with Paraguay. Due to its strategic location, the Brazilian Army expressed concern in 2002, according to a report published at the time by Istoé magazine.

For decades, Moon and the Unification Church sought to network with well-known politicians and figures, and invited them as paid speakers at the various events they organized.

According to experts, this was part of a strategy to gain greater credibility, through association with well-known figures.

So, for example, at the same 2021 conference that Abe attended, called the “Rally of Hope”, former US President Donald Trump and former Canadian Prime Minister Stephen Harper were also present.

Former US presidents such as Gerald Ford and George HW Bush attended this organization’s conferences in the mid-1990s, as did former Soviet leader Mikhail Gorbachev and humorist Bill Cosby.

As investigator Larry Zilliox, who spent years investigating Moon, told The Washington Post, this initiative has a clear objective.

“They will pay whoever gives them legitimacy. The big names attract the smaller names, which are the people who can help them with their local initiatives,” he said.

Since Moon’s death, his widow, Hak Ja Han Moon, has been at the head of the Unification Church, while two of his sons have been in charge of smaller organizations.

Although in 2012, the organization said it had around 3 million followers worldwide, experts believe that number is overestimated.

The actual number varies between 50,000 and 600,000 members, according to different estimates.

Previous Photos on WhatsApp blurry? Find out how to get them back
Next Baby names: fashion trends in 2022