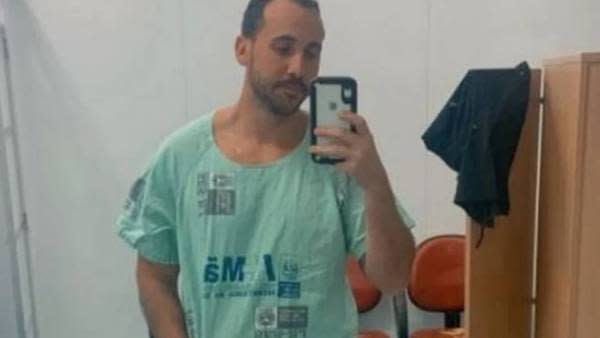 ‘We didn’t imagine seeing that scene’

“When we got the cell phone, it was all very shocking.” These were the words of a 36-year-old nursing technician who made her cell phone available to record the anesthesiologist Giovanni Quintella Bezerra, 31, last Sunday (10). It was the images of her device that caught the specialist raping a patient after delivery. He was arrested in flagrante delicto for the crime of rape of a vulnerable person. This Thursday, after her device underwent a forensic examination at the Carlos Éboli Criminalistics Institute (ICCE), it was returned and the woman – in a quick conversation – told her what she saw.

Shortly after 4:30 pm this Thursday (14), the husband of the second wife – who had twins – at the health unit and who was attended by Giovanni testified at the Women’s Service Station (Deam) in São João de Meriti. He left without speaking to journalists.

The delegate Bárbara Lomba, head of DEAM, said this Thursday that she does not rule out asking in court that the anesthesiologist be obliged to take an HIV test. Barbara informed that the woman who was raped during childbirth and who had the crime recorded drank an anti-HIV cocktail on Sunday, following the protocol for cases of sexual violence. She was released to breastfeed the baby on Thursday.

— Everything can be demanded in court. These invasive measures can be requested as long as they are justified in order to constitute a possible crime. Of course, given the possibility of another possible crime, which would be the transmission of disease, there could be this possibility. It’s just that we can test the victims. It seems to me that these health professionals have to be registered if they have any disease. I will get this information. Let’s do it by steps. You have to study a little, but I don’t rule out the request (for the HIV test).

Bárbara Lomba says that the woman who was the victim of the doctor is very psychologically shaken, but she is able to testify:

“Let’s wait for the rape victim. I spoke to her yesterday and it was exciting. She cried with me on the phone. She is very psychologically shaken, but she is able to speak, to make statements. She is fine, the child is fine, she is now breastfeeding again, because she was unable (because of the cocktail). It is protocol to drink the cocktail in the case of sexual violence. I reassured her and said that we will finish the investigation. I asked if she was okay, she cried, said her son is fine.

Previous Veiga speaks after missed penalties in the elimination of Palmeiras: “I take responsibility”
Next Bill Gates: Billionaire’s Promise to Leave World’s Richest List After Donations