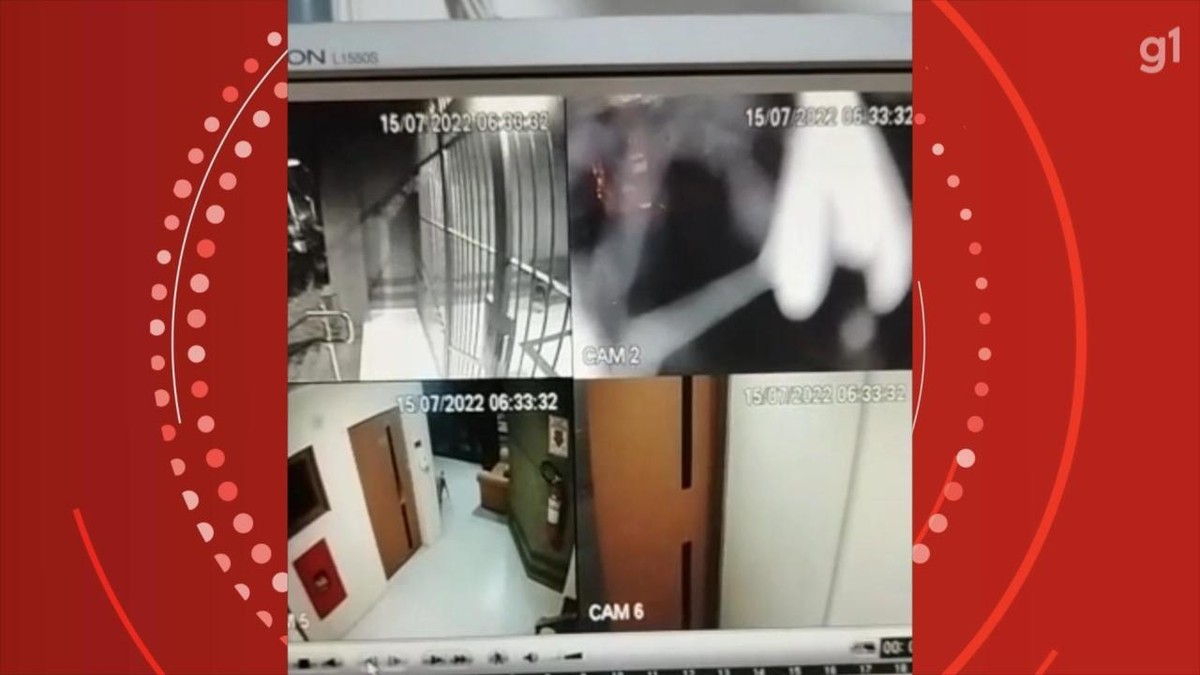 With ninja caps and rifles, a group invades a condominium and kills a man in Canoas; VIDEO | Rio Grande do Sul

A man was shot dead inside the building where he lived, in Canoas, in the Metropolitan Region of Porto Alegre, on the morning of this Friday (15). Security camera footage of the condo shows four men entering the building with ninja caps, camouflage clothing and at least two rifles. Police are looking for the suspects.

The victim was identified as Paulo Augusto Arruda Hoff, 39 years old. According to the Civil Police, he had been convicted and was under house arrest for participating in a bank robbery in Sarandi in 2013.

In this crime, the robbers made a human cordon with hostages and used a Military Brigade vehicle during the action. The man was also accused of illegal possession of a firearm, conspiracy and two intentional homicides, in addition to being indicted for drug trafficking.

Robbers took hostages in a bank attack in RS in 2013; victim of the 2022 crime was convicted of participating in the robbery — Photo: André Luiz Ferronato/Personal Archive

In front of the victim’s apartment, police found pistol and rifle casings, as well as signs of the door being broken down. Camera footage shows the four suspects entering the condominium with a tag (a kind of card that works as an electronic key).

According to Deputy Robertho Peternelli, from the State Department of Homicide and Protection of the Person of Canoas, in addition to the search for the suspects, the investigation must listen to witnesses and seek facial recognition by the images, in addition to traces at the crime scene.

It is suspected that the murder was motivated by a faction fight. The victim’s brother, according to the Civil Police, had already been the victim of an attempted murder in the past.

“It was a very quick action, in which they showed a level of preparation to act. From what we found, the suspects had stolen a bag some time ago and were tagged to enter the building”, he explains.