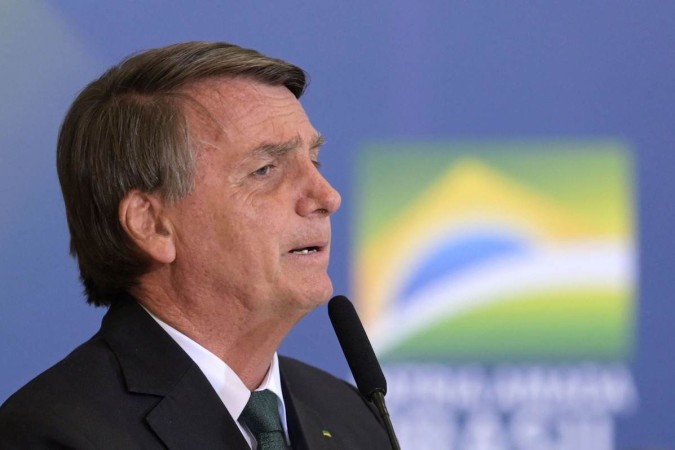 President Jair Bolsonaro scheduled a meeting with foreign ambassadors for the afternoon of next Monday to, once again, discredit the security of the Brazilian electoral process. The main names of the diplomatic corps accredited in Brasília began to be invited last Thursday.

The initiative came from Palácio do Planalto and not from Itamaraty. Bolsonaro’s invitation, signed by the ceremonial of the Presidency of the Republic, omits the subject of the meeting. “I was tasked with inviting Your Excellency to a meeting between the President of the Republic and heads of diplomatic missions, to be held at 4 pm on July 18, 2022, at Palácio da Alvorada,” reads the invitation. Chancellor Carlos França should participate.

Ambassadors, however, already know Bolsonaro’s intentions. Last week, the president announced that he would convene diplomatic representatives to try to convince them of his theses on electronic voting machines. The meeting will also serve as a counterpoint to the decision of Minister Edson Fachin, president of the Superior Electoral Court (TSE), to expand the presence of foreign missions as observers of the general elections, against the Planalto’s displeasure. Bolsonaro also intends to counter lectures abroad by Fachin himself and by Minister Luís Roberto Barroso, of the Federal Supreme Court (STF), in which they alerted the international community to the risks of democratic rupture in Brazil.

Representatives from European countries confirmed their presence, including France, Portugal and Switzerland. Russia, the United Kingdom and the United States must also send their diplomats to Alvorada. Ambassadors must not speak during the meeting, nor afterwards.

South American countries were also invited, such as Colombia and Ecuador, whose right-wing governments are aligned with Bolsonaro. Diplomats from neighboring countries such as Chile and Argentina, ruled by the left, said they had not received an invitation.

Privately, ambassadors admit being strange with the president’s plan to accuse alleged fraud in past elections, which have never been proven, and criticize the use of a voting system by which he was elected and which has internationally recognized security mechanisms.

They say, however, that it was equally unusual that they were summoned by the TSE to a hearing on the elections in May. Because they went to meet Fachin, members of the European Union (EU) say they now feel compelled to heed Bolsonaro’s call.

On that occasion, 68 diplomats appeared in the Electoral Court and heard from Fachin that “populist pitches” by political leaders in Latin America generate “flight accusations of fraud, which lead to weeks of political instability in the post-election period”. Bolsonaro accused the minister of usurping executive functions and meddling in international relations. The president accused Fachin of “rape of democracy”.

The diplomats expect to attend a PowerPoint presentation, like others that the Presidency and the Ministry of Defense have already presented, with alleged threats to the electronic voting system. The Planalto offensive in the field of foreign policy coincides with the increase in public pressure from the Armed Forces for changes in the process of monitoring the elections, with the inclusion of an integrity test in the polling stations, on October 2nd, which uses a second test ballots and paper ballots, defined by the military as a “parallel voting” process.

The idea that there may be an attempted coup in Brazil began to be reported in telegrams and reports by diplomatic missions abroad last year. The president’s insistence on discrediting the polls has diplomats on high alert.

Previous UFC: Ortega and Rodríguez fight for a chance to take the belt to Mexico | combat
Next UFC Fight Night: Miesha Tate vs Lauren Murphy