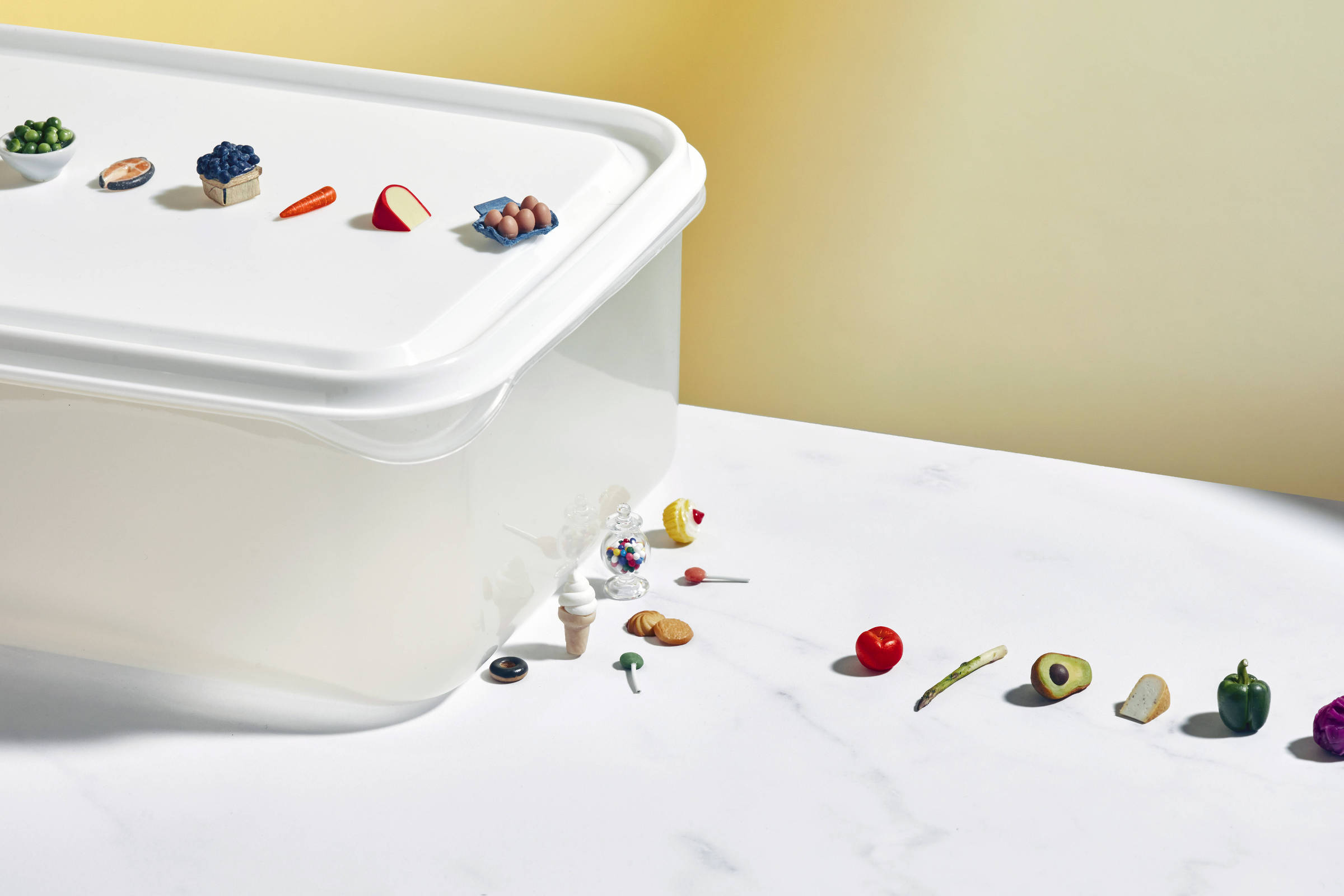 Go on a diet. Cheat. To give up. Repeat.

If this cycle sounds familiar, welcome to the world of chronic dieting. Due to their restrictive nature, diets impose an all-or-nothing mentality that leads to failure. Breaking the rules of a diet usually leads to a new cycle of overeating, which in turn leads to yet another diet.

In the 1970s, Janet Polivy, then a graduate student, along with psychology professor C. Peter Herman, began to study the psychological effects of diet at Northwestern University in the United States.

The research was inspired by a student who commented that her classmates dieted all day, but at night they “eat everything they could find.” The observation led to experiments that highlighted the psychological changes that occur when people begin to restrict their eating.

“People who diet show cognitive differences in the way they see things,” said Polivy, now a professor emeritus at the University of Toronto (Canada).

“It’s not just dieting. It’s chronic ‘dietists’ who are always on and off diets. It becomes part of their identity.”

The studies were initially criticized for discouraging people from losing weight. Today, however, scientists are increasingly recognizing the psychological cost of dieting, which can backfire and make people overeat.

The ‘what the hell’ effect

In a series of experiments involving milkshakes and pudding, Polivy and Herman found that people who dieted frequently and then stopped reacted differently to foods than those who didn’t.

The researchers called this cycle of dieting, breaking the diet and then overeating the “what the hell” effect.

“If you’re a dieter, all you need to do is have a milkshake and you’ll lose all bets,” Polivy said. “It’s: ‘Oh, what the hell! I can’t do my diet anymore. I’ve already broken it, so now I can eat everything’.”

Studies of the “what the hell” effect were one of the first sources of inspiration for Evelyn Tribole, nutritionist and co-author of the popular book “Intuitive Eating: A Revolutionary Anti-Diet Approach”, since in the fourth edition.

“When they wrote about the ‘what the hell’ effect, they were describing my patients,” Tribole said. “They felt like, ‘I screwed up. I did something wrong. I’m going to eat everything.’

Tribole and her co-author, Elyse Resch, developed the intuitive eating approach to teach people to stop dieting and instead tune in to their bodies’ needs. She notes that we hear many signals from the body, such as feeling a full bladder, but we tend to ignore signals about hunger, fullness, and satisfaction.

Intuitive eating offers a set of ten guiding principles to help us better perceive these hunger cues and eliminate external factors that keep us from hearing them.

I asked Tribole to give us mini challenges related to the ten principles of intuitive eating. She emphasized that it’s best not to try them all at once. Take it slow and see what works for you. “There’s no single way to do intuitive eating,” she said.

Reject the diet mentality. Make a game of “I spy on diet culture”. Look for signs of diet culture in your life. Do they come from your doctor? From relatives? Of yourself? Get rid of diet books and unfollow social media accounts that focus on diet culture and weight loss.

Respect your hunger. Think about what hunger feels like for you. Is it always a rumbling in the stomach? Does your mood change? Do you get angry? When you feel very hungry this week, watch and think about why this is. Have you been without food for a long time?

Make peace with food. Make a list of all the foods you don’t allow yourself to eat (excluding any food allergies).

Challenge the food police. Years of dieting can teach us that we are “good” at eating vegetables and “bad” at eating cake. Make a list of all the rules you have regarding food.

Do you avoid carbs? Never enjoy a dessert? Count calories in your head all day? What happens if you break a rule? Do you compulsively eat a food and then punish yourself for it? The goal here is to raise awareness of how much brain space is devoted to policing what you eat and how these rules can get in the way of mindful eating.

Discover the satisfaction factor. Ask yourself a simple question: what is a satisfying meal for you? Think about the components of that meal and how you want to feel when you’re done. Your meal may involve specific foods, or it may be a picnic in the park, an evening at a favorite restaurant, a dinner or barbecue with friends or loved ones.

Feel your fullness. Check your body in the middle of a meal or snack. Ask two questions: How does it taste? Where are my hunger and satiety now? Tribole notes that some people find this exercise difficult. “It’s okay for it to be confusing,” she said. “People want to get it right right away, but it doesn’t have to be exact.”

Handle your emotions with kindness. Check your emotions by asking two questions: What am I feeling right now? What do I need now? The answer may be that you need a break, a distraction (like watching a funny video), a phone call with a friend, a nap, a walk. Or you might be hungry. Chronic dieting can create a tendency to react to emotions by eating. The purpose of this exercise is to expand your toolbox for dealing with these emotions.

The point of this exercise is to stop calculating the calories we can burn during exercise and movement and start focusing on how good movement makes us feel.

Respect your health with smooth food. Choose a vegetable and find a new recipe to make it delicious. Diets often teach us that so-called healthy foods should be relatively bland.

Tribole notes that many of its customers have developed an aversion to vegetables because of diets that include simply boiled vegetables or salad without dressing. The concept of gentle nutrition, she explains, boils down to this: “Make food choices that respect your health and taste, while making you feel good.”