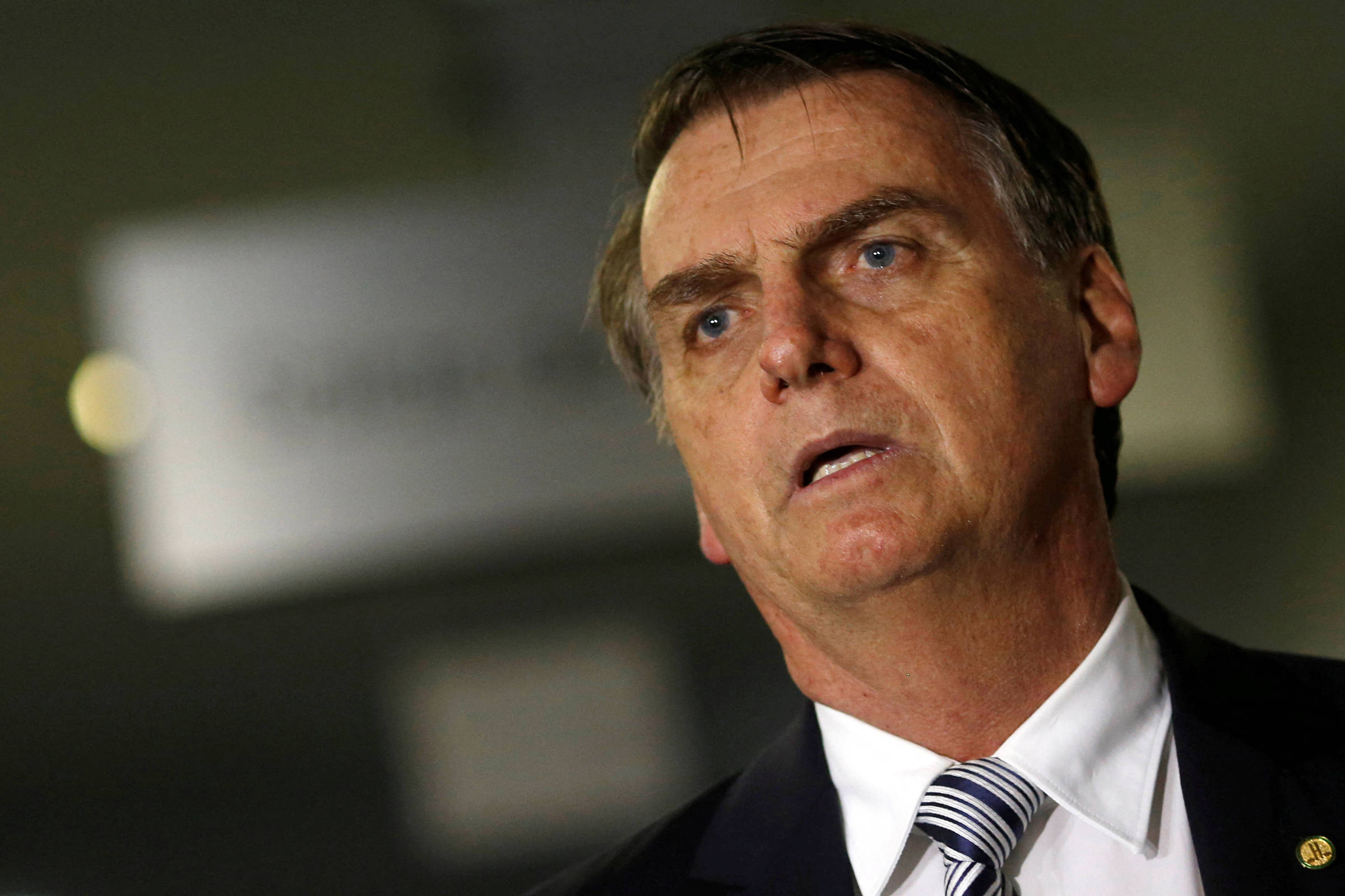 Fachin is the current president of the TSE (Superior Electoral Court). Barroso presided over the electoral court, and Moraes is expected to command the court during the elections.

The representative accused the group of wanting to bring instability to the country, for disregarding the suggestions of the Armed Forces for changes in the system, less than three months before the dispute.

“Why is it that a group of three people just wants to bring instability to our country, doesn’t accept any suggestions from the Armed Forces, which were invited?”, he said.

In more than one moment, Bolsonaro tried to discredit the ministers, especially relating Fachin and Barroso to the PT and former president Luiz Inácio Lula da Silva (PT).

The PT leads the polls of voting intentions, less than 80 days before the election. Bolsonaro is in second place, with a difference of 19 points, according to Datafolha.

Only the Chief Executive spoke at the meeting. He took to diplomatic representatives criticism and attacks that he has been repeating internally since last year.

At the beginning of the meeting, Bolsonaro said he would base the presentation on an inquiry by the PF (Federal Police) into the alleged hacker attack on the TSE during the 2018 elections.

This is the same inquiry released by the president in an interview with Jovem Pan radio on August 4, 2021, when he read excerpts from the PF investigation. Another inquiry was opened by the STF to investigate the leak of the investigation, with Bolsonaro and Bolsonarist deputy Filipe Barros (PL-PR) among the targets.

“According to the TSE, the hackers stayed inside the TSE’s computer for eight months, with source code, passwords — very comfortable inside the TSE. And [a Polícia Federal] says, throughout the inquiry, that they could change candidates’ names, take a vote from one and send it to the other,” Bolsonaro said.

In his speech to the ambassadors, Bolsonaro adopted a meek tone in his speech, as if he sought to give a veneer of seriousness to yet another handful of inferences without evidence or evidence to the electoral system, at a time when he appears distant from former President Lula in polls. voting intention.

In Brazil, there has never been a record of fraud in electronic voting machines, in use since 1996.

Bolsonaro also returned to attack ministers Luís Roberto Barroso, Edson Fachin, president of the TSE, and Alexandre de Moraes, who will assume command of the Electoral Court on August 16.

“Mr. Barroso, like Mr. Fachin, began to go around the world criticizing me, as if I were preparing a coup on the occasion of the elections. The opposite is happening.”

The president also suggested that the ministers would act in the TSE to bar transparency measures. The objective, according to Bolsonaro, would be to elect “the other side”.

“I travel all over Brazil, I’m welcomed everywhere. I walk among the people. The other side, no. I don’t even eat at the hotel restaurant, because it’s not accepted. People who owe them favors don’t want a transparent electoral system They preach all the time that, after announcing the results of the elections, your heads of state must recognize the results of the elections”, he said.

Before the president’s presentation began, the screen showed images of motorcycle riders of him with his supporters across the country.

During his speech, Bolsonaro made new coup insinuations and said that Brazil will only have “peace” if the TSE adopts measures to change the way electronic voting machines work. The president also used the Armed Forces, which suggested changes in the electoral system to the TSE, to oppose the TSE.

“Not even a computerized system can guarantee 100% security. The Armed Forces, of which I am the supreme commander: nobody wants stability in our country more than we do.”

The Chief Executive also commented that international observers who follow the elections will not be able to analyze the integrity of the system, because there is no printed vote.

In this regard, the TSE has already said that international organizations specialized in observation, such as the OAS and IFES, have already started a technical analysis of the electronic voting machine, with experts in information technology, access to the source code and all the elements necessary to assess transparency and integrity. of the electronic voting system.

Until May, the participation of the OAS electoral observation missions, the Mercosur Parliament (Parlasul) and the Electoral Network of the Community of Portuguese-Speaking Countries (CPLP) had been confirmed.

Bolsonaro’s statements, in an attack on the electoral system and on ministers of the TSE and STF, were broadcast on TV Brasil. Although the meeting was billed as a meeting, no ambassador or government minister had the opportunity to speak.

Bolsonaro once again reproduced theories told to ambassadors about the functioning of the polls in 2018. He mentioned that many people wanted to vote for 17, but the polls indicated vote for 13, the number of his opponent, Fernando Haddad (PT).

The story was fueled by videos that circulated on social media on election day, one of them reproduced by former state deputy Fernando Francischini (União-PR), an ally of Bolsonaro who was impeached by the TSE last year for spreading disinformation about the polls. electronics.

The TSE demonstrated that the problem pointed out in the videos occurred because of a mistake made by the voters who recorded the images, and not because of the ballot box. They used Bolsonaro’s number to vote for governor, in a state where Bolsonaro’s party had no candidate, before voting for president.

Bolsonaro’s statements about the unreliability of the ballot boxes have been contested by the TSE since last year.

The court has already said that the inquiry to which the president refers did not conclude that there was fraud in the electoral system in 2018 or that there could have been tampering with the results, contrary to what the president said.

According to a note from the court in August of last year, “the TSE itself forwarded to the Federal Police the information necessary for the investigation of the facts and provided the information available. “.

The text also said that the episode of the hacker’s invasion, which took place in 2018, “was disclosed at the time in various media. Although the subject of a confidential investigation, it is not new information”.

The TSE said that the hackers’ access “did not pose any risk to the integrity of the 2018 elections”, because the source code of the programs undergoes successive verifications and tests, identifying possible manipulations. “Nothing abnormal happened”, it said at the time.

The president also repeated this afternoon that only two other countries in the world would have electronic voting machines without a printed vote, Bangladesh and Bhutan.

According to a note from the TSE last year, this equipment is used in other countries, such as parts of France and the United States.

Bolsonaro has never presented evidence or evidence about the polls, but he repeats the coup speech as a way to hide the problems of his government, the high disapproval and recent polls.

Through a profusion of lies, Bolsonaro has been fomenting disbelief at the polls. However, instead of being stopped by those around him, the president has had the support of the military, high-ranking government officials and his party in his crusade against Electoral Justice.

The Armed Forces have repeated Bolsonaro’s speech. In a recent letter, they asked the TSE for all the files from the 2014 and 2018 elections, precisely the years that are part of the president’s rhetoric of fraud.

Before being elected in 2018, Bolsonaro already said that he would only not win if there was fraud.

The speech thus appears to work as a plan B in case of losing the election. It also functioned as an attempt to pressure Congress to pass the printed vote.

Last year came the strongest coup threat linked to the topic. In a conversation with supporters, Bolsonaro said that “the fraud is in the TSE” and even attacked the then president of the electoral court and minister of the STF, Luís Roberto Barroso, whom he called “idiot” and “imbecile”.

“I’m not afraid of elections, I give the banner to whoever wins, in the auditable and reliable vote. [atual]we run the risk of not having an election next year,” he said.

The speech took place after a sequence. The day before, also speaking with supporters, the president made another similar threat: “Either we have clean elections in Brazil or we don’t have elections.”

A Datafolha survey showed that, amid Bolsonaro’s offensive, the percentage of voters who trust electronic voting machines rose from 82% in March to 73% in May.