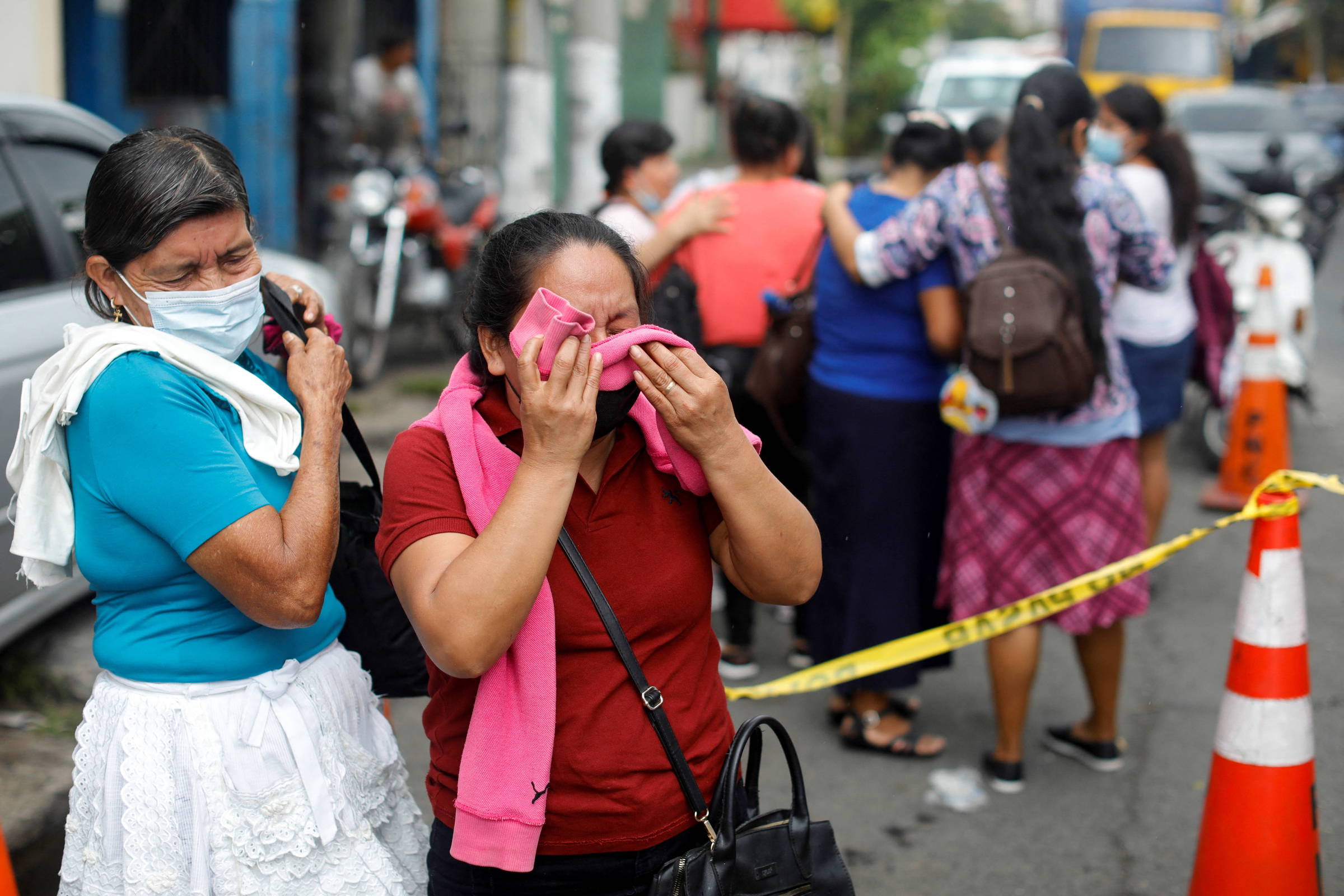 From the hammock of her home on the outskirts of San Salvador, Nancy Turcios watched soldiers pass by shortly after her brother walked out the door. She reached the street when they were already swarming around a group of men and felt for her feet, trying to identify the searchers. There were her brother’s sneakers.

It was already past 6 pm on March 26, a Saturday. That would be El Salvador’s deadliest weekend since 2001. The Central American nation recorded 87 deaths in 72 hours — 62 in a single day, in a country of nearly 6.5 million people.

After being searched, Mario Turcios, 24, passed through several police stations. In the car, Nancy followed him as long as she could, until she lost sight of the soldiers. The next day, she found out where her brother was and went to visit him at 6am. “It was the last time I saw him.”

Also that Sunday, President Nayib Bukele, in power in El Salvador since 2019, approved a state of exception still in force today. The measure passed with ease in the Legislative Assembly, made up of 56 deputies from his party, out of a total of 84 parliamentarians.

There are no official figures on the number of prisoners, but at the end of May, the newspaper La Prensa estimated a total of 74,547 prisoners, which would correspond to 1.7% of the adult population.

Since the beginning of the state of exception, arbitrary detention has been the most frequent complaint of human rights violations. Of the complaints received by the Cristosal organization, they are present in 97.4%; torture and ill-treatment, at 12.1%. By the end of June, the organization had counted 54 people killed in state custody in penal centers or hospitals.

Billboards throughout the city indicate the number Salvadorans must call if they want to report a pandilheiro, as participants in criminal groups that control part of Salvadoran territory are called. “We need your help to keep capturing terrorists,” read the posters. The strategy is being used for personal vendettas, say organizations in the country.

“If the ‘international community’ is worried about your little angels, come and bring them food, because I will not take budget from schools to give food to these terrorists. Let’s ration the same food that is given now,” Bukele wrote on Twitter. after the wave of violence, in reference to the treatment given in prisons.

Since that Sunday, Nancy has gone 12 times to the Izalco penitentiary to try to find out which cell Mario is in. She says that only once did the employees receive the food and clothes she took. “He’s not a bandit,” she says. “If it was, I wouldn’t have gone after it.”

For three months, she has been gathering documents to prove her brother’s innocence. She has already gathered a criminal record, contacts from neighbors and reports – one of them from the American Leslie Schuld, a historian who has been in the country for 29 years and for whom, since November 2021, Mario has worked as an electrician at the Center for Exchange and Solidarity. The organization has acted to release the innocent.

“People will be stigmatized. They will have difficulties finding work, the neighbors themselves will say they were guilty, as the police arrested them”, says Schuld.

She sees the government rehashing a strategy from the Civil War (1979-1992): attacking the peripheries, which would support the gangs, to dismantle crime; “taking the water out of the fish”, as the technique became known. “How are these people going to survive? Trade does not finance the maras. [gangues]but the food of the families”, he says.

The measure, along with the arrest of innocents, is what bothers Nancy about the Bukele regime. The president maintains one of the greatest popularity among his peers in Latin America: in early June, data from the Prensa Gráfica center showed that 86.8% of Salvadorans approved of the government.

In 2019, he won elections promising a hardline policy against crime and rejecting the system — although his political cradle is the FMLN, the traditional left-wing party in the country from which he walked away to contest the presidential elections.

In May, the newspaper El Faro revealed audios showing negotiations between a government official and criminals from MS-13, one of the country’s three main gangs. The wave of violence at the end of March would have occurred at the end of a pact.

The Bukele government’s response to this rupture was more repression, according to Verónica Reyna, director of the Human Rights program at the Social Service Pasionista, a violence prevention organization.
“It’s a show of force. ‘If you’re going to show all your violence, I’m going to show everything I can do to fight it,'” he says.

Nancy doesn’t believe the government has dealt with criminals. A Bukele voter in 2019, she finds it difficult to criticize the government harshly. “He’s been working well, being a good man,” she says, citing her role in the pandemic. “The only thing is this injustice that is leading to innocent people.”

For Reyna, the high levels of violence explain part of the wide acceptance of Bukele, who since the beginning of his term has invaded the Assembly with military personnel, removed judges from the Constitutional Chamber of the Supreme Court and persecuted journalists.

“Violence generates a level of damage to the social fabric that makes the population seek to save their own skin. It is the struggle for daily survival”, he says. “As long as I don’t have another dead man in front of my house, that I’m not a victim of murder or that my daughter isn’t raped, I’m fine.”

When contacted, the government of El Salvador did not comment on the topics of this report.