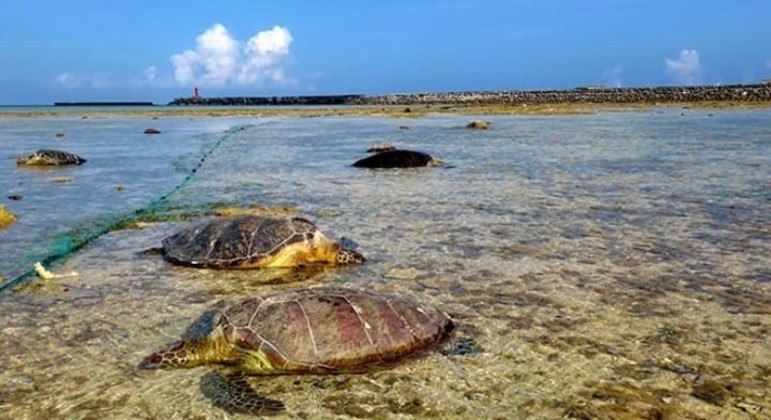 A fisherman has admitted to stabbing dozens of green sea turtles, a protected species, to death while trapped in their nets near an island in southern Japan, official sources said on Tuesday.

Between 30 and 50 green sea turtles were found dead or dying last Thursday, with stab wounds to their necks, on a beach on the island of Kumejima, 1,600 kilometers southwest of Tokyo.

“It was a Dantesque scene,” Yoshimitsu Tsukakoshi, a member of a sea turtle conservation organization in Kumejima, told AFP.

“Sea turtles are gentle creatures and will flee when humans get too close,” he added. “I can’t believe such a thing could happen in our time,” he continued.


Yuji Tabata, director of the local fishing cooperative, said Tuesday that a fisherman confessed to stabbing the turtles. According to Tabata, the fisherman, whose identity has not been revealed, claimed to have freed many of the turtles trapped in his nets, but then proceeded to stab them in an attempt to weaken and release them more easily.

“He said he had never seen so many turtles in his nets. Now he regrets” his act, Tabata said. The fisherman explained that he felt in danger.

Previous One more! Corsair also launches new gaming monitors
Next Campaign against Amber Heard is one of the worst cyberbullyings