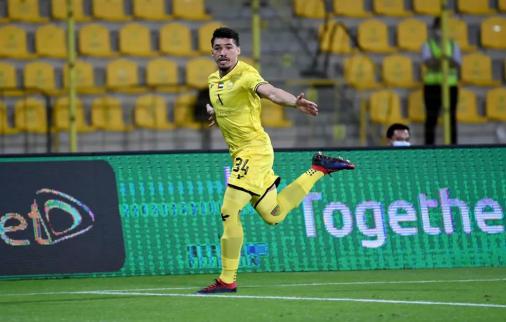 CBF ‘anticipates’ Adryelson’s agreement with Botafogo; player is already familiar with the club on social media

The CBF “anticipated” and has already released, even if indirectly, the first photo of adryelson with the shirt of Botafogo. The player is already dressed in the alvinegro uniform on the BID (Daily Newsletter), the federation’s contract registration platform.

+ Air play, speed and passing in all base teams: who is Adryelson, new player from Botafogo

The contract is closed, but Botafogo has not yet officially announced the defender. Adryelson has even performed medical tests. The defender, who terminated his contract with Sport, arrives at Alvinegro at zero cost and has signed until 2025.

Adryelson’s last IDB entry was on the 12th, when his termination with the Lion was published. Until Wednesday, the photo was of him in the Rubro-Negro shirt, but it was changed to one of the defender in the Glorioso uniform this Thursday.

+ Botafogo arrives with Santos and takes a look at Brian Rodríguez; LAFC asks for more than R$40 million

Adryelson, it is worth mentioning, has not yet been registered with the IDB as a Botafogo player. Alvinegro has until this Friday to regularize the defender’s situation if they want to relate him against Athletico Paranaense, on Saturday, for the 19th round of the Brasileirão.

PRESENCE ON SOCIAL NETWORKS
​Adryelson, by the way, is already starting to get used to Botafogo on social networks. The defender started to follow the profile of Alvinegro and several players in the current squad on Instagram.

The defender also follows Jacob Montes, a midfielder who is coming to play in the B team on loan from Crystal Palace-ING, and Chay, who is leaving for Bahia.

Once private, the defender opened his profile and practically doubled the number of followers with the presence of Botafogo fans on the social network.

Adryelson wearing the Botafogo shirt at the BID (Photo: Reproduction/CBF)