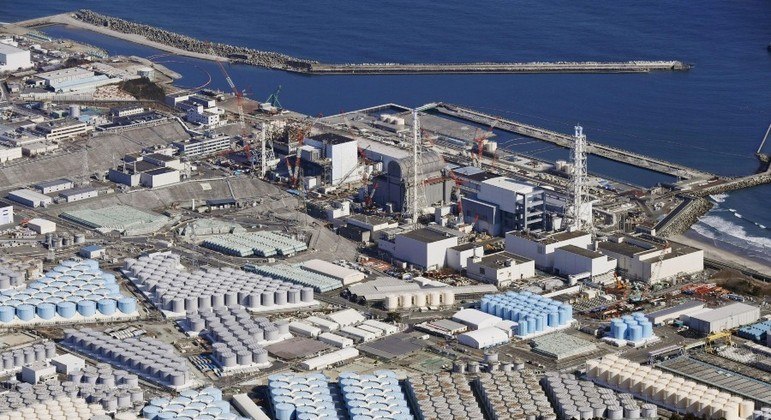 Japan’s nuclear regulator on Friday approved a plan to release more than 1 million tonnes of contaminated water from the Fukushima nuclear plant into the ocean, sparking discontent in China.

This project was adopted by the government and received support from the International Atomic Energy Agency (IAEA), but the plant’s operator, Tepco, has yet to convince local communities to go ahead.

The plan consists of gradually dumping more than 1 million tons of water contaminated with tritium, a radionuclide that cannot be eliminated by current technologies, but whose dilution at sea is already practiced in Japan and abroad in nuclear installations in service, gradually into the Pacific Ocean. .

This tritiated water comes from rain, groundwater and the injections of water needed to cool the cores of several Fukushima nuclear reactors that melted due to the March 11, 2011 earthquake and tsunami.

More than a thousand tanks were installed around the plant to store this tritiated water after purification operations aimed at eliminating other radioactive substances. But the storage capacity will saturate soon.

According to experts, tritium is only dangerous for humans in highly concentrated doses, a situation a priori excluded in the event of dumping into the sea over several decades, as Tepco predicts.

The IAEA also believes that this project will be carried out “in full compliance with international standards” and that “it will not harm the environment”.

Tepco plans to start operation in 2023, after construction of an underwater conduit to transport tritiated water approximately one kilometer offshore.

But the operator still needs to get prior approvals from the Fukushima department and municipalities near the plant, while trying to allay the concerns of local fishermen, who fear negative consequences for their fish’s reputation among consumers.

The project has also been criticized by its neighbors China and South Korea, as well as environmental organizations such as Greenpeace.

“If Japan continues to put its own interests above the general international interest, if it insists on taking (this) dangerous step, it will surely pay the price for its irresponsible behavior and leave a stain on history,” the ministry spokesperson said. of China’s Foreign Affairs, Wang Wenbin, this Friday (22).

Previous How to open an account at Itaú by cell phone?
Next Learn all about the new Star+ movie – Jornada Geek

Xi Jinping delivered a blunt message to the upper echelons of the Chinese Communist Party: …