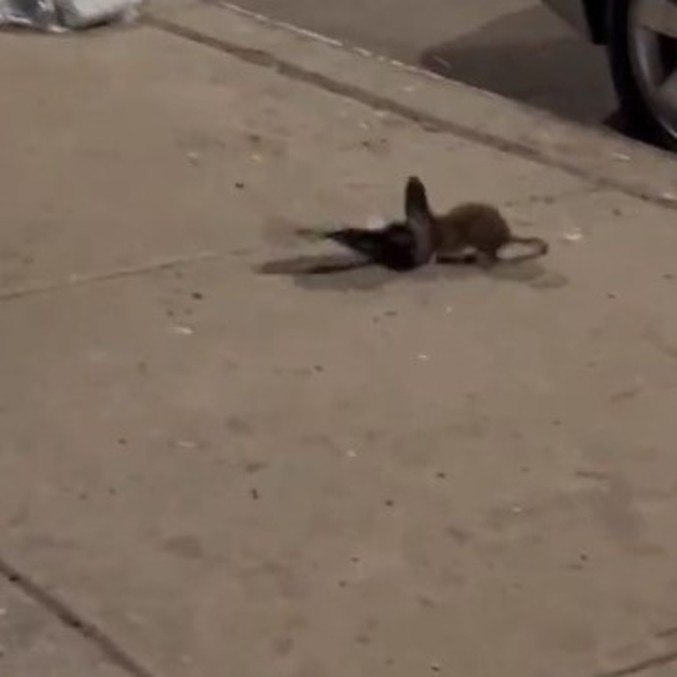 A recent viral video showed us that the law of the jungle also applies to cities around the world. One of the most violent rats was filmed preying on a dove in the streets of New York.

The recording shows the mouse with the dove in its mouth. The bird tries to free itself by flapping its wings, but to no avail. In the end, the mouse takes her under a car, where he kills her.


Both the dove and the rat are considered urban pests that symbolize the most important city in the United States.

Jessie Salinas’ recording was republished at the end of June on the profile @whatisnewyork (What is New York, in free translation), where it went viral.

The frightening sight also shows that rats have become increasingly voracious and courageous predators, capable of killing prey larger than themselves.


The @whatisnewyork profile has 13 million followers and is famous for posting videos with rats attacking city residents.

From the reactions, New Yorkers seem fully accustomed to the company of aggressive rodents.


Also in New York, a mouse attacked a dove, with great chances of victory, until a villager intervened with a devastating blow. Remember below!