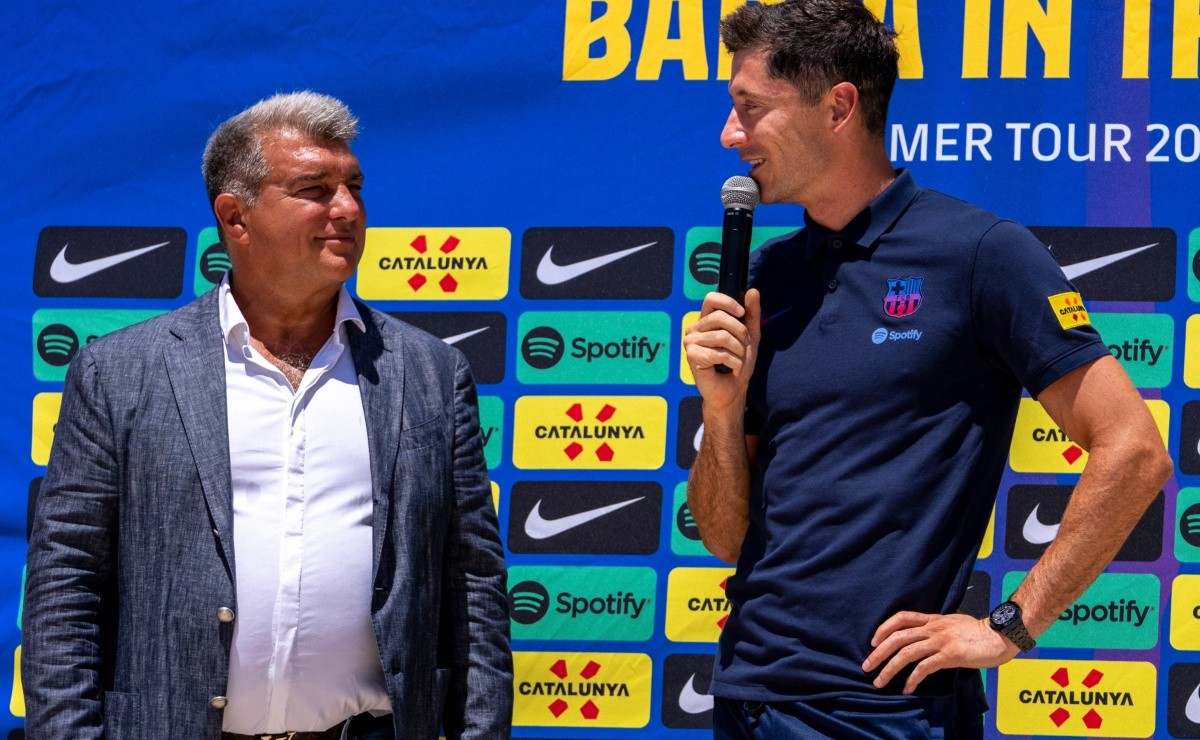 Barcelona give up on signing great player for lack of money; destiny will be Chelsea

La Liga club spent a lot of money in the window

After spending a lot of money on Lewandowski and Raphinha’s football, Barcelona won’t be making any big signings this transfer window anymore. The reason, according to the newspaper ‘Marca’, is the lack of money of the Spanish giant, which, even in the face of large signings, is in financial crisis.

After spending two seasons without achievements, Barcelona went to the market in search of reinforcements. At zero cost, came Kessie, Christensen and Alonso and Azpilicueta, all from Chelsea, can still arrive. In addition to them, Barcelona found financial help to remove Lewan from Bayern and Raphinha from Leeds.

Koundé, in turn, will not be a Barcelona player. At least, according to the newspaper ‘Marca’, which states that the Catalan club money ran out. Therefore, Koundé should leave for Chelsea, ready to offer what Sevilla asks to release him.

On the market, Koundé is valued at 60 million euros – a price that should leave Spanish football to play in England. He arrives at Tuchel’s team in a great set, which still has the football of Thiago Silva and Koulibaly.

Barcelona are still hoping to find resources to close with the names of Azpilicueta and Alonso, both from Chelsea. However, the English club has been making life difficult for the Spanish club.

Previous Meet the cast of Hidden Agent
Next In production since 2015, Devil Wears Prada musical finally opens in Chicago – Vogue