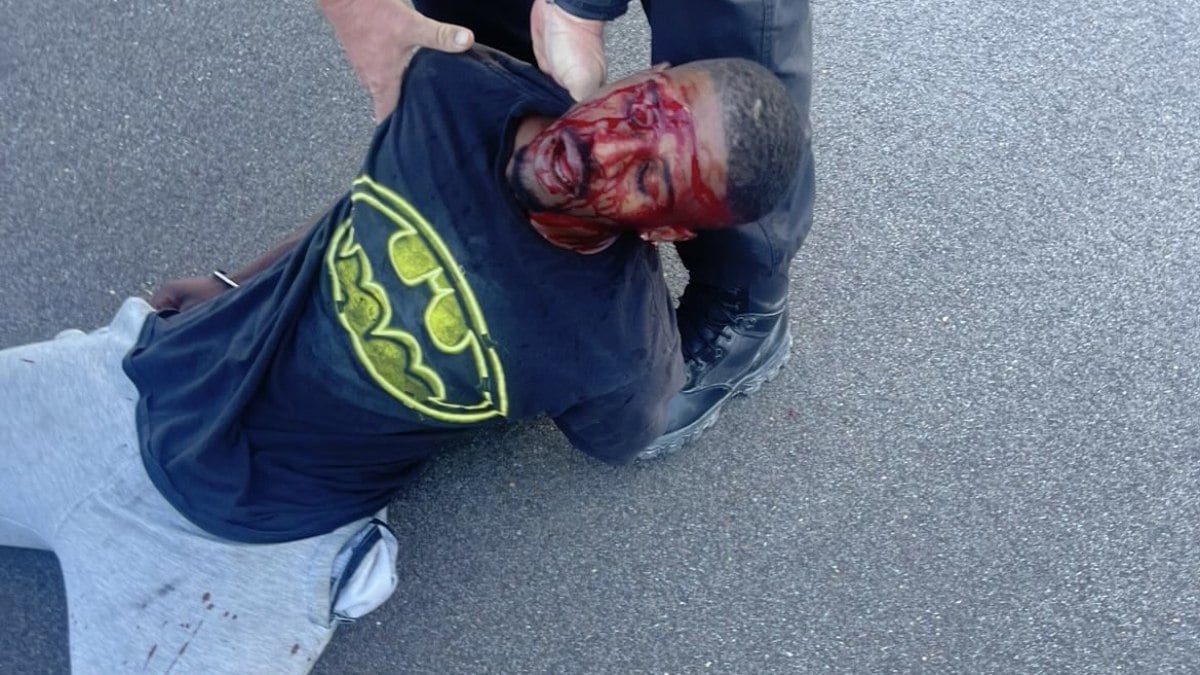 Police officers in the city of Oakland, in the US state of Tennesee, were filmed kicking the door of a house, breaking into the place and beating a 25-year-old man in black, last Saturday (16). The victim has been identified as Brandon Calloway. The arrest and beating of Callloway reverberated on social media on Wednesday (20), after the young man’s girlfriend shared a video that recorded the police action.

The footage shows officers kicking in the door of Calloway’s father’s house, where he had run, and using an electroshock gun and a baton to arrest him. The girlfriend’s voice can be heard, screaming from inside the house: “Stop, stop, Brandon, Brandon, stop! Stop hitting him!” The woman even questions the reason for the aggression, since, according to her, the young man did not have a weapon.

At one point, Calloway is knocked to the ground by one of the agents, who puts his foot on his head.

Photos shared on social media show that he was bloodied after the police approach.

Police busted down the door to arrest #BrandonCalloway
, an unarmed Black man for failing to stop at a stop sign. They tased him, beat him with lipsticks, and put their foot on his neck.

Where was this energy when children were being murdered in #Uvalde
?

According to the American newspaper The New York Times
, the young man was chased by the police for failing to stop at a red light and for not complying with the police’s request to stop. He drove at 51 km/h on a road where the maximum speed was 32 km/h while fleeing. The agents accused him of evading arrest, resisting, disorderly conduct, not respecting traffic lights and speeding.

Calloway received stitches on both sides of his head and sustained injuries throughout his body. Still according to the NYT
he reported that he has been suffering from “constant headaches and eye pain” as well as difficulty concentrating.

The arrest and beating of the young man caused outrage on social media.