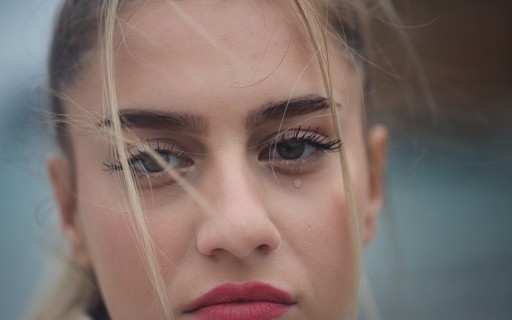 Researchers at Wenzhou University of Medicine in China have developed a technology that collects and purifies human tears, allowing them to identify biomarkers of diseases such as cancer and diabetes. The system is part of a study published on July 20 in the journal ACS Nano.

The technology, dubbed iTEARS, purifies and separates small “bubbles” present in tears, called exosomes, by identifying the genes of these vesicles that transport lipids, nucleic acids and even proteins. The system then identifies the structures, which serve as signs of disease and improve diagnostic accuracy.

The method is less invasive and does not depend on an assessment of the patient’s symptoms, which may go unnoticed in the early stages of certain diseases. Other techniques for isolating exosomes require much longer and more complicated processing and large sample volumes.

The scientists wondered if a nanomembrane system, which they created to isolate exosomes from urine and plasma, might also help them get the vesicles in tears. So they modified their original idea and they were successful.

“Tears can be collected non-invasively and self-harvested from patients for exosome analysis,” they wrote in the research. The team was able to separate the vesicles in just 5 minutes, filtering tears over the nanoporous membranes with an oscillating pressure flow.

A total of 400 different types of proteins were found in exosomes. These molecules can be labeled with fluorescent probes and then transferred for further analysis on other instruments. The nucleic acids, present in the vesicles, were extracted and also studied.

In doing so, the researchers distinguished several sick patients by comparing samples from them with those from healthy people. Among the diseases identified were several types of dry eye disease, diabetic retinopathy, as well as symptomatic anomalies and numerous neurodegenerative disorders. As concluded by the experts, “Exosomes are a promising source for early detection of disease.”