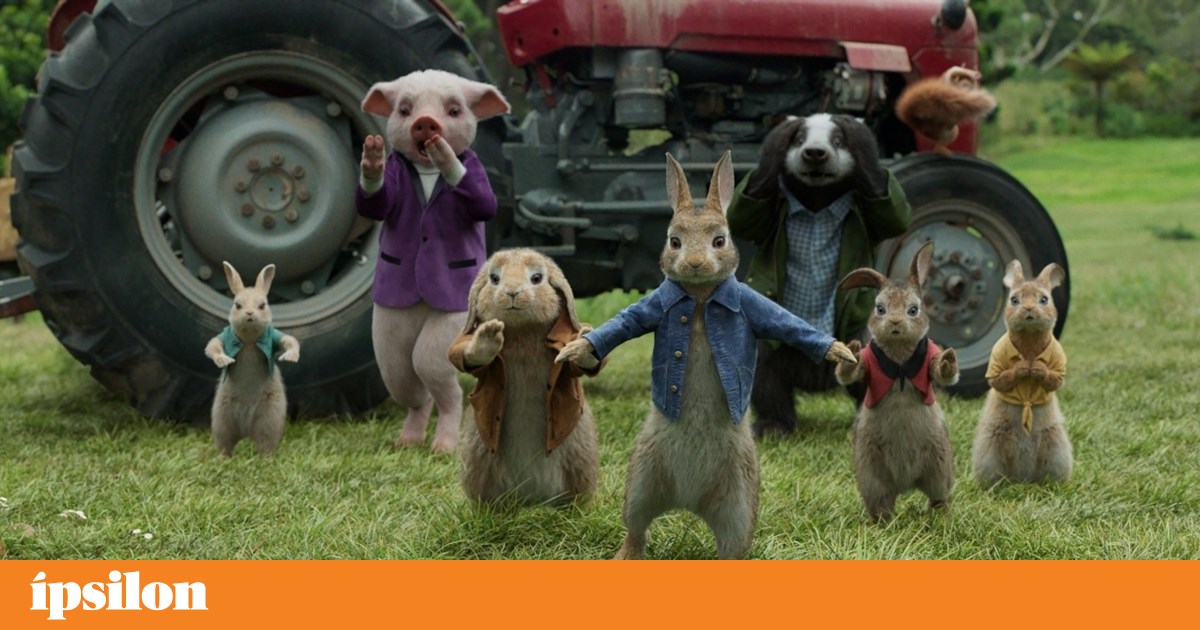 Thursday, on TV: rabbits, football and the music that demands “Respect” | TV

Forgotten
AXN, 2h56
Science fiction in a post-apocalyptic environment, directed by Joseph Kosinski. Tom Cruise wears the uniform of Jack Harper, a drone repairman in 2073. During a mission vital to the survival of humanity, he meets a young woman (Olga Kurylenko) he feels he recognizes from the past, as well as the leader of a group of resistance (Morgan Freeman). ). Events ensue that will make him question everything he knows about himself, the war and what brought the planet to ruin.

Great Interview
RTP1, 1h15
The rise in inflation and interest rates, as well as the response of governments and central banks to avoid a recession, will be the questions on the table in this great interview by Vítor Gonçalves to the economics professor and founder of the Left Bloc, Francisco Louçã .

Betano Challenges: Sporting v Villarreal
TVI, 20:55
To inaugurate the football season in beauty, the team from Alvalade welcomes the Spaniards from Villarreal at home, in a friendly clash that promises to test both teams. The lions of Rúben Amorim are preparing another season of heated dispute for the national title, with new elements in the squad that lack integration, and tonight’s game against Unay Emery’s group is their first test. It will only be the third match between these two top Iberian teams, with Sporting looking for their first victory.

Il Sogno Mio d’Amore
RTP2, 12:53 pm
There were times when, in Bairro Alto, Lisbon, a sublime cacophony emanated from an 18th century convent. It was the Escola de Música do Conservatório Nacional, which the directors Nathalie Mansoux and Miguel Moraes Cabral captured in a documentary, in search of the essence of the musical language that was exchanged there between students and teachers, before the major renovation works.

Alhambra: Mediterranean Fortress
RTP2, 20:37
In the heart of Andalusia, deep in the south of Spain, hides an extraordinary treasure: the Alhambra fortress, a unique palatial city in the world. A fortified complex built by an Arab dynasty over 800 years ago, it hides an interior of ornate Moorish refinement – ​​a miraculous dichotomy of Islamic architecture that Thierry Fessard and Yohann Thiriet’s documentary reveals in its dazzling complexity.

On fire
RTP2, 11:33 pm
In this two-part British miniseries, oil executives, environmental activists and politicians are agents in the battle between individual enrichment and ecological responsibility. Love, commitment and loyalty are put to the test in a thriller of terrifying actuality, with Bradley Whitford and Neve Campbell, where the very fate of civilization is at stake.

Peter Rabbit: Rabbit on the Go (V. Orig.)
TVCine Top, 8pm
Continuation of the story started in 2018, also made by Will Gluck, which unites live action and 3D animation in the film adaptation of the famous character created by Beatrix Potter. After Bea made her relationship with Thomas official and with the publication of the book where she recounts the adventures of the rabbits, it seems that everyone looks at Peter sideways. Consumed by a huge feeling of abandonment, this very domestic rabbit takes advantage of a trip by its owners to escape from home.

Previous ‘Geek’ Auction Has Dinosaur Fossil and Astronaut Suit; check out
Next where to watch, schedule, lineups and refereeing