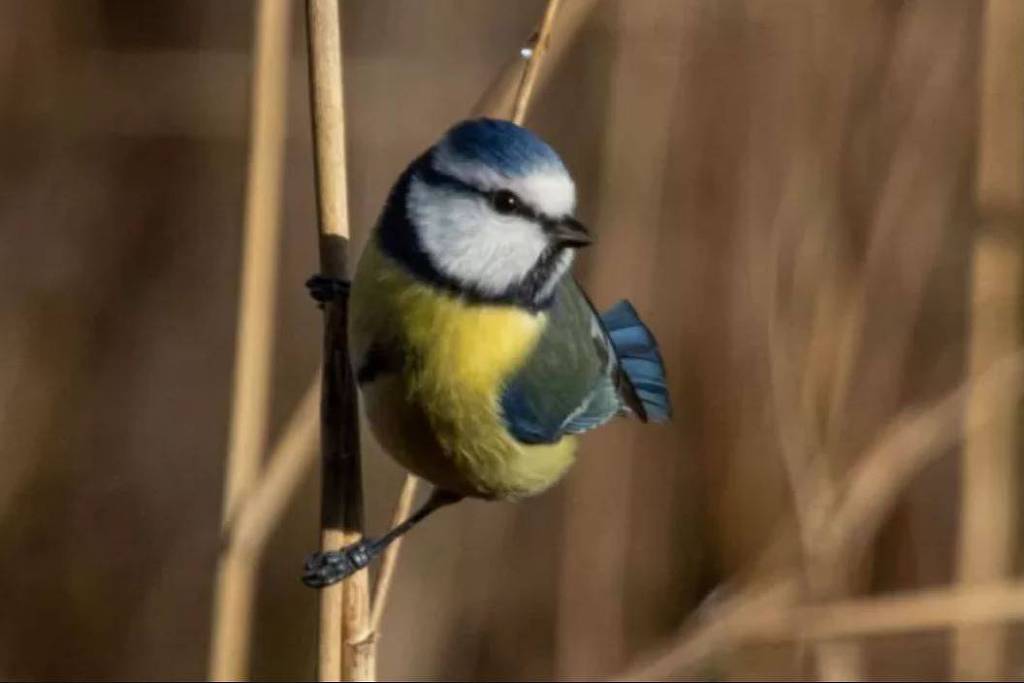 On April 3, 1860, in a letter addressed to the American botanist Asa Gray, the British naturalist Charles Darwin expressed his frustration at the presence of the peacock’s flashy tails: “The sight of a feather on a peacock’s tail, whenever the I watch, it makes me sick!”

His displeasure was that the peacocks’ tails contradicted his theory of evolution by natural selection, since instead of increasing the peacocks’ survival, they seemed to do the opposite.

Eleven years later, in 1871, Darwin proposed the solution to this (apparent) contradiction in his book “The Origin of Man and Sexual Selection”.

According to the British, the function of showy features (ornaments) is not to increase the survival of their owners, but their reproductive success.

That is, the presence of striking features, such as peacocks’ tails, is explained by sexual selection, not natural selection.

Currently, we know that ornaments work as signs of quality: they inform about the physical condition, health or personality of their holders.

In addition, we also know that ornaments convey honest information as they are expensive to produce.

This makes it so that only the highest quality individuals are able to produce the most attractive ornaments.

However, although our knowledge of ornaments has advanced a lot since Darwin’s time, there are still many open questions about its evolution.

Climate change and its effects on fauna and flora have received much attention from the scientific community.

Most studies have focused on exploring the effects of climate change on the onset of flowering in plants or on the date of egg laying in birds.

In contrast, the effects of climate change on other features, such as the ornaments displayed by various species of animals and even plants, are largely unknown.

The importance of studying the effects of climate change on ornaments lies in the fact that their production costs vary according to environmental conditions.

If climate change continues to worsen environmental conditions, the costs associated with producing these signals could increase.

As the energy available to an individual is limited, this increase in signal costs can limit energy investment in other vital functions, such as survival, which can have negative consequences for the maintenance of populations of a species.

Therefore, to understand and predict the responses of populations to climate change, it is important to study how this affects the expression of ornaments.

The case of the blue tit in southern France

In a recent study, scientists from the Center for Functional and Evolutionary Ecology in Montpellier, France, and the University of the Basque Country, in Spain, studied the effects of climate change on the ornamental coloring of the blue tit (Cyanistes caeruleus).

The blue tit is a small bird, very common in European forests. It is characterized by having a very showy color. Its blue crown and yellow chest are especially striking.

Blue tits have received a lot of attention from the scientific community.

Thanks to this, we know that both their blue crowns and their yellow breasts work as signs informing them about the quality of their owners.

Our study focused on two populations of blue tits from southern France. One located near Montpellier and the other in the northwest of the island of Corsica, studied for over 15 years.

Annually, between 2005 and 2019, we capture all breeding blue tits of each population.

Thanks to this, we were able to obtain more than 5,800 measurements on its coloring and other characteristics.

The results of our study show that in both populations the blue and yellow coloration of the blue tit decreased between 2005 and 2019.

That is, currently in these two populations, blue crowns and yellow breasts are less visible than when the study began.

In addition, we found in Corsica that in the hottest and driest summers the blue tit had less showy colors, both blue and yellow.

This, together with the increase in temperature and decrease in precipitation in our study area, suggests that the reduction in color in this population is a consequence of climate change.

Interestingly, in the population near Montpellier, no significant changes in temperature or associations between temperature and blue tit color were detected.

On the one hand, this tells us that the effects of climate change are not the same everywhere.

On the other hand, the lack of association between color and climate suggests that ornamental colors are sensitive to other environmental factors that should be explored in the future.

In summary, our study and others conducted with different species, such as the collared flycatcher and dragonflies, show that climate change is having a negative impact on animal ornaments.

In future studies, we should explore the consequences of this impact on the ability of populations to adapt to climate change.

In this way, we will be able to understand its consequences not only for birds, but also for ecosystems in general.

David López Idiáquez is a postdoctoral researcher in evolutionary ecology at the University of the Basque Country (Euskal Herriko Unibertsitatea), Spain.

This article was originally published on the academic news site The Conversation and republished here under a Creative Commons license. Read the original version (in Spanish) here.