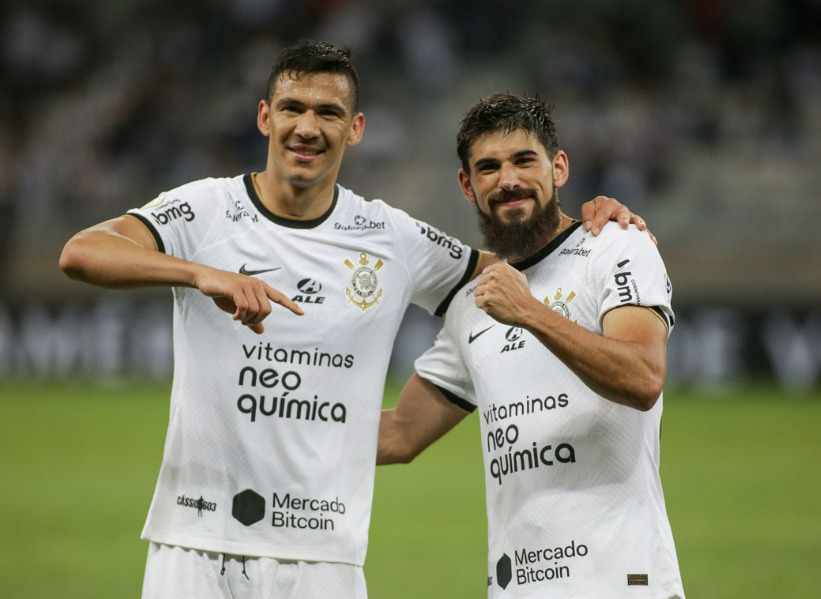 Defender Balbuena was the starter in the victory of Corinthians upon Atlético-MG, this Sunday night, in Mineirão. The Paraguayan returned to the club last week, was regularized and chosen by Vítor Pereira to start in the defense alongside Bruno Méndez, a player who had only played as a full-back after his return on loan.

“We know his quality. I didn’t know him personally, but we have a lot of mutual friends and are always talking. It was great to play with him, we’ve been talking in training too. And communication, right? This is fundamental, today it was also fundamental, even more when we were losing 1-0. This is one of the virtues of this group. Even losing, we didn’t lose our composure and our head”, said the defender in the mixed zone after the triumph.

Balbuena, who had already spoken in his presentation that he felt at home, spoke again after his first game with the number 31 shirt.

“I thought the group was very cool, most of them I already know. And they made me feel like I wasn’t gone. It had been four years, but it’s like I haven’t left. Good environment, a family, and that’s good, if you feel that way, adaptation is much easier, work flows more normally and players earn more”.

The defender, by the way, was praised by coach Vítor Pereira, as well as Méndez himself, in a press conference. “I usually shy away from individual analysis, because I can forget about others. But Balbuena played a wonderful game, Bruno Méndez too. For me, they had a very high level.” VP also praised the debut of goalkeeper Carlos Miguel.

Corinthians’ next match in the Brasileirão will only be on Saturday, against Botafogo, at the Arena, at 19:00 (Brasília time). Before, however, he visits Atlético-GO, at Antônio Accioly, on Wednesday, at 21:30 (Brasília time), for the quarterfinals of the Copa do Brasil.