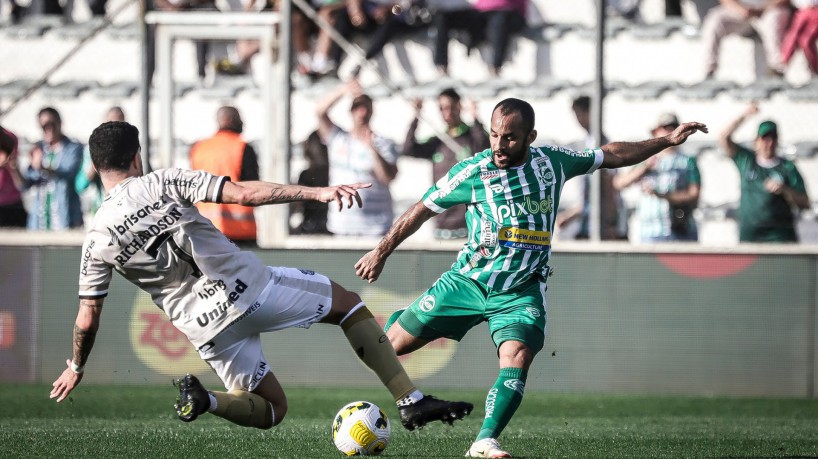 Ceará loses to Juventude away from home in the Brasileirão

Ceará saw the sequence of three consecutive victories in the season ended this Sunday afternoon, 24th. That’s because, Alvinegro ended up being defeated by Juventude by 1 to 0, at Alfredo Jaconi Stadium, in Caxias do Sul-RS, for the 19th round of Serie A. The goal of the match was scored by Isidro Pitta.

The defeat was not good for Ceará’s ambitions in the leaderboard. A win could put Alvinegro in the first part of the table, but the club remained with the same 24 points at the beginning of the round and in 11th position.

At the beginning of the first stage, Ceará presented the same problems that it showed in the match against Avaí. Alvinegro was inattentive, and this made Juventude dominate the actions of the game in the first ten minutes.

After two minutes, Isidro Pitta created the first scoring chance for the hosts. The Paraguayan took advantage of the corner and finished, but the ball was blocked and João Ricardo made a simple save. Moments later, Moraes took advantage of the spare and kicked with the first shot, and this time, the white-and-white archer was forced to make a more difficult intervention.

The two dangerous arrivals of the hosts made Ceará open their eyes and grow in the match. Mendoza created two good opportunities for Vovô, but in both he couldn’t finish in the best way and ended up stopping in Felipe Alves.

From that move, the team from Ceará grew and started to have greater possession of the ball. Alvinegro was the one who spent the longest time on the attacking field and came closest to creating dangerous chances. In the 19th minute, it was Richard’s turn to finish with danger, but the ball went over Felipe Alves’ crossbar.

Despite the growth of Marquinhos Santos’ team, the match ended up softening. Both teams had difficulty creating good plays. Therefore, Ceará only started to scare again at the end of the first stage, at 41 minutes, with Cléber, who finished from outside the area, but the ball went up too much.

Ceará started the second half better, but Juventude created the first opportunity. At 12 minutes, Paulo Henrique started down the right, dribbled the defender and finished hard in the corner. João Ricardo fell and made a great save to save Grandpa.

Two minutes later, Grandpa was the one who startled. Bruno Pacheco was fouled on the side of the field and midfielder Vina charged right into the goal. Felipe Alves stretched out and pushed the ball to the baseline.

The debutant Vásquez created a good opportunity with his first touch of the ball of the game, in the 17th minute. After replacing Lima, the Colombian teamed up with Cléber and kicked Felipe Alves into the corner, who defended in two halves.

Despite Ceará dominating the actions at the beginning of the first half and being the team that took the most danger, Juventude managed to open the scoring in the 20th minute. Isidro Pitta received a cross from the right, won the contest for the top with Nino Paraíba and headed in the corner of the goal, with no chance for João Ricardo.

After the goal conceded, the coach Marquinhos Santos provided another debut in alvinegro. Midfielder Diego Rigonato entered the match, at 28 minutes, to try to give Ceará’s attack an extra breath.

In addition to the two reinforcements, midfielders Fernando Sobral and Lindoso, and striker Matheus Peixoto also entered the field. The changes had no effect and Grampa continued to struggle to create on offense. Therefore, Juventude managed to confirm the victory by 1 to 0.