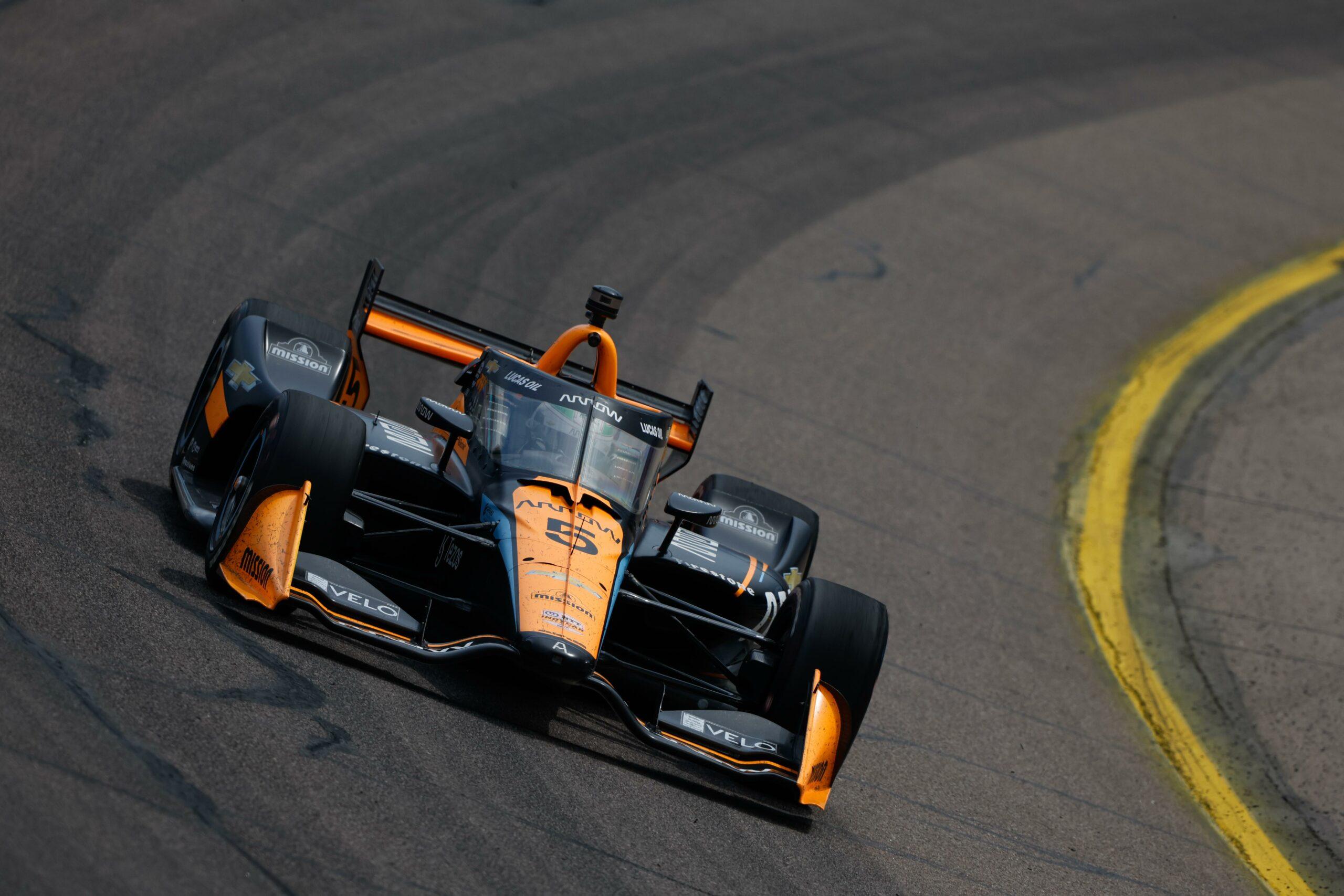 The Iowa GP 2 was heading for a repeat on Saturday with a quiet victory for Josef Newgarden, but this Sunday’s race (24) took on a completely different proportion in the final laps. After leading 148 laps of the race, the two-time champion lost control at Turn 4 on lap 235 and smashed into the wall. Better for McLaren’s Mexican Pato O’Ward, who after starting from seventh, went on to win for the second time in 2022.

Pole-position again, Will Power finished in second place with Penske. Despite leading the first 84 laps, he was eventually overtaken by Newgarden and didn’t have the strength to attack O’Ward in the final stint. New Zealander Scott McLaughlin, Josef and Will’s teammate, closed the podium.

The Swedish Felix Rosenqvist, the American David Malukas, the French Romain Grosjean and the Japanese Takuma Sato finished the top-10. Current champion, Spaniard Álex Palou was only in 13th place.

The Brazilian Helio Castroneves, from Meyer Shank, ended the stage in 21st position. The driver ended up hampered by a penalty at the beginning of the race and ended up completing 5 laps behind the winner.

IndyCar returns next Saturday (30) with the Indianapolis 2 GP, which takes place at the Speedway mixed track.

Find out how the Iowa GP 2 went:

The green flag came at 16:30 (Brasília, GMT -3). Power and Newgarden remained in the top positions. Who surprised well was O’Ward, jumping from seventh to third executing several passes outside the track. Ericsson also stood out, jumping from 15th to 10th.

With little movement at the front, the first 30 laps were completed by Power in the lead, followed by Newgarden, O’Ward, Sato, McLaughlin, Daly, Rosenqvist, Ericsson, VeeKay and Grosjean. After starting sixth, Jack Harvey crashed into the field suffering from tire wear. The same happened to Conor Daly, who soon dropped out of the top-10.

Pagenaud, with radio problems, and Daly made the first pit stops of the race. Now dealing with traffic, Power took the lead pursued by Newgarden on lap 60. O’Ward, far behind, was third, followed by Sato, McLaughlin, Rosenqvist, Ericsson, VeeKay, Grosjean and Malukas.

The first pit stop among the leaders came on lap 63, with O’Ward. Power came at 65, along with Newgarden. The riders’ order was maintained as they returned to the track, while Sato jumped into the lead. The Penske Australian returned to the top spot on the 70th lap of the race.

Newgarden finally launched an attack on Power, and took the lead on lap 84 as the Australian tried to make Romain Grosjean a latecomer. After 90 laps, the two from Penske continued to occupy the top two positions. O’Ward was third, followed by Johnson, Ericsson, McLaughlin, Dixon, Rosenqvist, VeeKay and Herta. Pato began to grow and began to cut the lead for the leaders.

When the race reached 120 laps, the first yellow flag finally appeared, by Kyle Kirkwood. The Foyt driver was 17th and leading a lap from Josef Newgarden as he passed the dirty part of the track and hit the wall at Turn 2. The pits opened and leaders Newgarden, Power, O’Ward and Ericsson came to a halt. A few laps later, the peloton also stopped after they had discounted the laps back.

The green flag came on lap 133. While Newgarden jumped right at the end, O’Ward went for Power, but the Australian quickly snapped back. Dixon edged out Johnson and took sixth place.

The race reached 150 laps with Newgarden leading, 0.369s off Power, who had O’Ward on his tail. Ericsson was fifth, followed by McLaughlin, Dixon, Johnson, Rosenqvist, Grosjean and Herta.

The race became more monotonous, and the Penske duo continued to open up the competition. Power even touched his teammate, but to no avail. Pato O’Ward was the first to pit in the third window on lap 195. Josef and Will came on the next lap. In the rearrangement of the cars after the entire pit-stop window, Pato emerged ahead of Power.

The front row remained unchanged until lap 230, when Felix Rosenqvist took on Callum Ilott. Behold, on lap 235, the race takes on a completely different proportion. Leading with ease, Josef Newgarden lapped alone on the exit of Turn 4 and crashed into the wall, putting Pato O’Ward in the lead.

The pits were opened and the drivers took advantage of the window for the last stop of the race. O’Ward took the lead with Power second, Dixon third, McLaughlin fourth, Ericsson fifth and Johnson sixth. The rest of the peloton took the opportunity to recover the turn back. After pit stops,

The green flag came up on lap 250. O’Ward jumped well if he held on to the lead. McLaughlin did very well and took third place from Dixon, while Johnson overtook Ericsson and entered the top-5. Pato continued to open up ground and left the distance to Power in more than 1s. Teammates of Dale Coyne, David Malukas and Takuma Sato battled it out for ninth place.

Ericsson regained fifth place over Johnson, while Sato edged out Malukas. Up front, O’Ward took advantage of the traffic Power had to face to open up more distance in front. The two-time Indy 500 winner from Japan kept up the momentum and edged out Colton Herta, who had to control the car to avoid a crash.