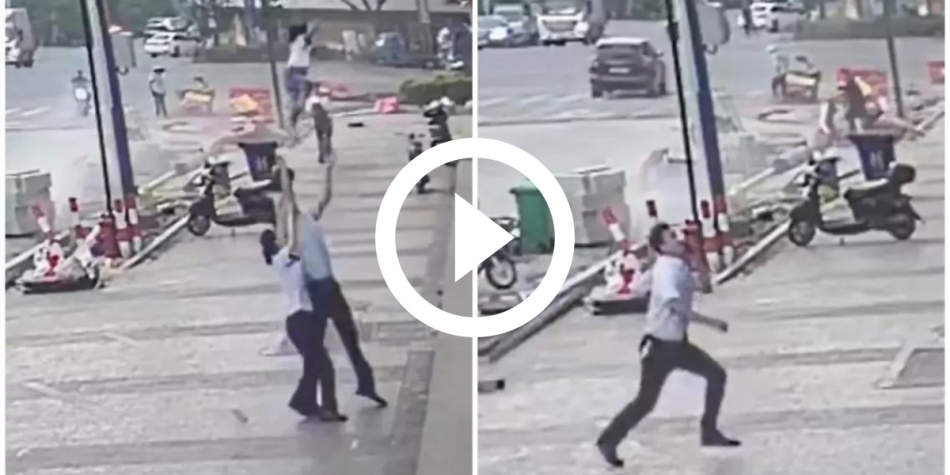 VIDEO: Child is saved by man who was walking on the street after falling from the 6th floor of a building

A girl escaped a tragedy on Tuesday (19) in Jiaxing City, Zhejiang Province, China. The child fell from the sixth floor of a building and was saved by a man who was walking down the street at the time. The information is from the Ric Mais portal. 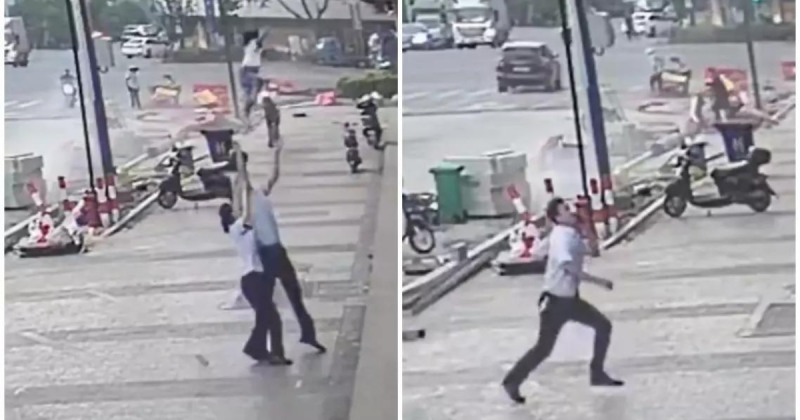 Child is saved by man passing on the street after falling from the 6th floor of a building – Photo: Internet/Reproduction/ND

At the time of the incident, the man was talking on the phone, accompanied by a woman, when he realized that the child was about to fall out of the window. Security cameras captured the entire situation.

A video posted on Twitter, for example, shows the exact moment of the fall. In the images, you can see the man positioning himself to catch the child.

A young kid fell down from the 6th floor in Jiaxing, Zhejiang Province, on July 19.
Fortunately, a passer-by hugged the baby bravely,
saved the kid,saved a family👏 pic.twitter.com/8YCyDbmuOp

In an interview with the local press, he commented that the girl had something in common with his daughter, their name is Xinxin, which means “trust”. In the video’s comments, many people praised the man’s attitude. The child had no health problems.

Previous Fortaleza vs Santos live for the Brasileirão Serie A 2022; follow broadcast
Next What’s up? European giant coach wants to sign Messi