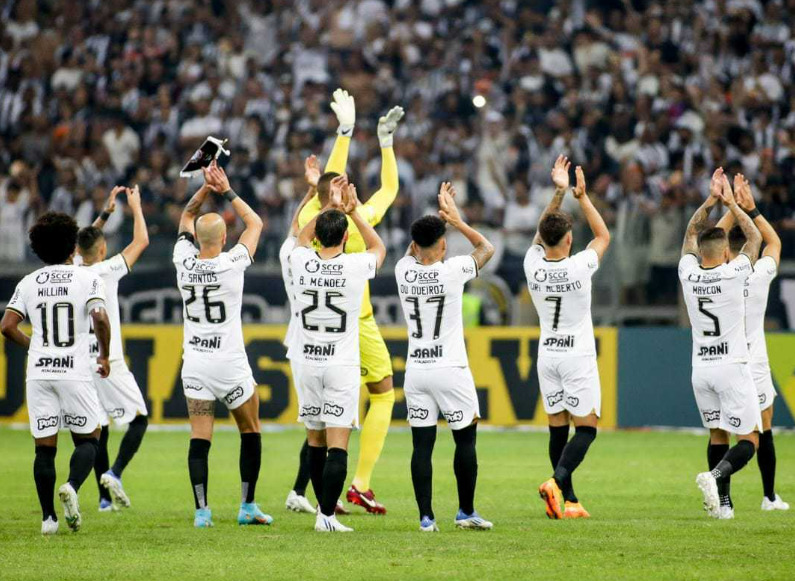 Coach Vítor Pereira praised the fierce stance of the Corinthians at comeback victory over Atlético-MG on Sunday night, at Mineirão, in the closing of the first round of the Brazilian Championship. With the result, Timão remained in second place, four points behind leader Palmeiras, who also won in the round.

“Difficult game, it’s not easy to get here and play against Atlético-MG. It was a beautiful goal, the first time they took a shot. Then we had to meet in the game. We lost a bit of balance, essentially emotional, but we started to get back into the game, with quality, on a field that is not technically perfect, the field is not very good at the moment, but we managed in the spirit, with the quality, but we got a result, we won the game”, began the captain in a press conference after the triumph.

“Two great teams, very good players on the field. When we study the opponent, we know the characteristics of Keno, that he would go inside, that he would shoot with his right foot, Hulk too, with his left foot. We knew that we had to stop those players, with a strong kick. In Keno’s we couldn’t and he scored a beautiful goal. Then we had a beautiful goal, in a cross by Fagner, and the Fábio appeared there as a center forward, scored a wonderful goal. Then Giovane, a boy who came in, full of will, he has no tactical ties, he goes up, tactically he still has irreverence of age, he went up and ended up getting the penalty. And the game boils down to that,” he added.

Vítor Pereira also praised the work done in the team during these first months of work, remembering the difficult moments without a series of players due to injury.

“We had moments when we had ten players away, there were many games where, to make a team, it was a means of survival, it was to strategically try to score a goal against the opponent. During many games we were a more result-oriented team, but that guaranteed the sources to present more quality football today. Now we have quality solutions, a lot of people were out. We could have stayed a long way from the front teams in this first round, but no, we are still there in the middle of the fight and now I play with more arguments to respond. We have a (Brazilian) Cup game, which is very important for us, and I will see which players will be able to play”, he concluded.

Corinthians’ next engagement in the Brasileirão will only be on Saturday, against Botafogo, at the Arena, at 19:00 (Brasília time). Before that, however, he visits Atlético-GO, at Antônio Accioly, on Wednesday, at 9:30 pm (Brasília time), for the quarter-finals of the Copa do Brasil.

See other excerpts from the collective by Vítor Pereira:

“I usually shy away from individual analysis, because I can forget about others. But Balbuena played a wonderful game, Bruno Méndez too. For me, they had a very high level. Carlos Miguel, today, was Carlão, because he has a huge reach, he occupies all the goal, he’s fast, that’s not easy to find. Personality. In terms of training, I had already seen that he had quality, it was necessary to see the personality. It’s not easy in a game like that, but he, calm about life, he, after the warm-up, said ‘I’m calm’, and he really played a calm game that we needed”.

“Cassio had a problem from the previous game, so we, in the last game, at home, thought it was a small and fleeting thing, but it flared up a little more after the game. With these qualifiers ahead of us, we didn’t want to take any chances. I don’t know if he will be able to play the next game.”

“I didn’t know these players. They’ve been training with us, they’ve trained well, and now we’ll see how the composition of the squad is going to be, and then we’ll make joint decisions, I, the staff, the club’s management. It is still premature, I need to understand how the squad will look for the remaining competitions”.