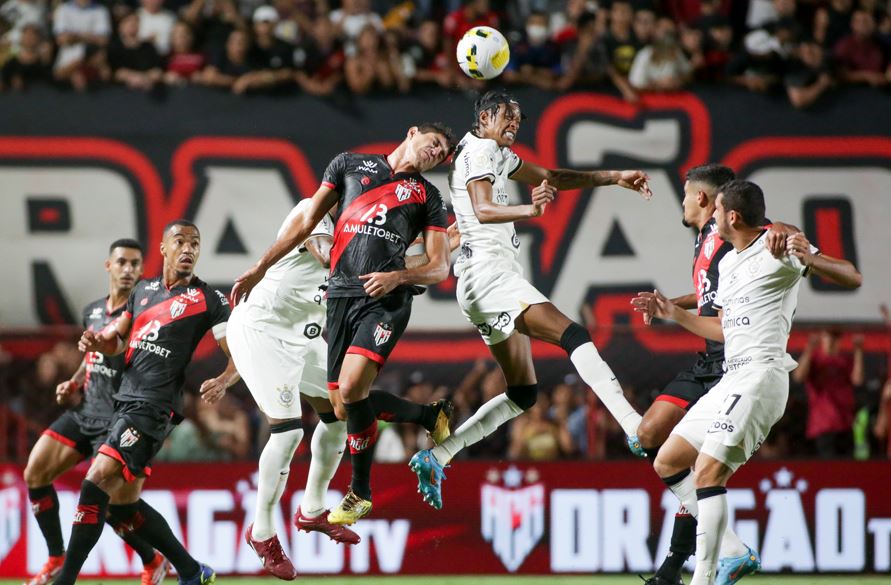 The excitement of Corinthians fans with the good phase of the season can be measured in the speed with which tickets for Corinthians fans were sold for this Wednesday’s match against Atlético-GO, at 21:30 (Brasília time), at the Antônio Accioly stadium. , in Goiânia, for the first round of the quarter-finals of the Copa do Brasil. The club from Goiás reported this Monday that the tickets for the visitors’ sector were already sold out in a few hours.

The amount of tickets destined for Corinthians fans was not disclosed by the Atlético-GO board, but just under three thousand (2,942) were sold for the duel between the two clubs on June 4, at the same stadium, for the ninth round of the Brazilian Championship. At the time, Timão won by 1 to 0 – goal by striker Gustavo Mantuan.

Tickets for away fans sold out! pic.twitter.com/f97yqVee6Y

This Wednesday’s duel was scheduled for the Serra Dourada stadium, which has a capacity of approximately 40 thousand people, but Atlético-GO went back and asked the CBF to move to its own house, Antônio Accioly, where it holds about 13,000 fans, giving up greater revenue. The entity’s confirmation came last Friday and ticket sales started this Monday.

The return game between Corinthians and Atlético-GO will be played at Neo Química Arena, in São Paulo, on August 17, also at 9:30 pm. Last season, the two teams crossed paths in the third phase of the Copa do Brasil and the club from Goiás advanced – won 2-0 away from home, and held the goalless draw in Goiânia.

Previous Emmy 2022: Zendaya is nominated for Outstanding Lead Actress in a Drama Series
Next American is arrested after raising more than R$ 2 million in an online ‘crowd’ scam – News