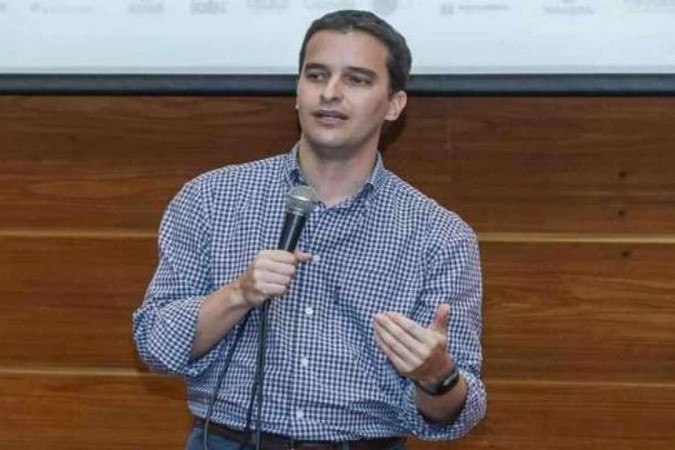 “It’s not a normal election”


Businessman Gustavo Ioschpe says he was wrong to annul his vote in the last elections – (Credit: Unibes Cultural/Disclosure)

Economist and businessman Gustavo Ioschpe declared that he will vote for former president Luiz Inácio Lula da Silva in the October elections, in an article published in Folha de S.Paulo, this Monday (25/07). In the text, he says he never voted for the PT, but that, this time, “the choice is easy”.

The businessman says that, although Lula is far from the ideal scenario, the re-election of President Jair Bolsonaro would only bring harm to the country. “The eventual mistakes of the PT government can be remedied in the following administration. However, four more years of Bolsonaro should generate destruction in so many areas that we will lose a generation”, he says.

He also says he was wrong to nullify his vote in the last elections. “Both candidates seemed unsupportable to me (sic). In retrospect, I see that I was wrong. And I will not repeat the mistake. Between the left and the right, I will choose life and democracy”, he declared.

In an analogy with commanding a boat, he says that this is “not a normal election”. “The choice is between one who will get us to an unwanted place versus a pyromaniac who is setting the ship on fire,” he wrote.

In the article, Ioschpe cites Bolsonaro’s conduct during the pandemic, which discouraged the use of masks by the population and promoted a boycott of childhood vaccinations. “I could go on and on in the long list of crimes and scams perpetrated by Bolsonaro to justify the decision not to vote for him, but it is unnecessary. The disregard for other people’s lives should be enough for any politician to be banned,” he said.

Ironically, Ioschpe draws a parallel between the claim that the PT will transform the country into a Venezuela and the decree of a state of emergency, which changes the PEC of Benefits and expands aid provided to the population in an election year.

The Beabá da Política series gathered the main questions about elections in 22 videos and reports that answer these questions in a direct and easy to understand way. An increasing demand, especially among the younger Brazilian electorate. The reports are available on the Estado de Minas website and on the Uai Portal and the videos on our profiles on TikTok, Instagram, Kwai and YouTube.

Xi Jinping delivered a blunt message to the upper echelons of the Chinese Communist Party: …