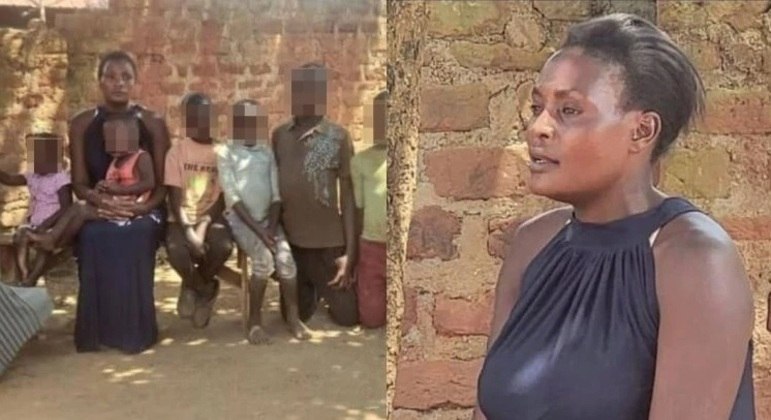 A woman who gave birth to her 9th and 10th children was recently abandoned by her husband. The case took place in Uganda, Africa, and was revealed by local media last week.

Nalongo Gloria says that her ex-husband, the biological father of the newborns, said that his wife was not normal, so he could not take care of her and the children, before leaving his own family.

The woman says she became pregnant five times and, on all occasions, she had twins. She currently lives with seven children, one of whom has died.

“I don’t regret giving birth to all these children. I know Dad doesn’t like them, and I can’t leave them at his house. I will never abandon my children, despite the challenges,” says Nalongo.

In an interview with local TV that caused commotion among netizens, the woman says that the family’s future is uncertain, since the tenant of the house where she lived evicted her from the house, also on account of her children.

Comments such as “for me, she is a very strong woman”, “you are a blessed woman” and many others asking for Nalongo’s contact for financial help were published in the space of the article posted on social networks.