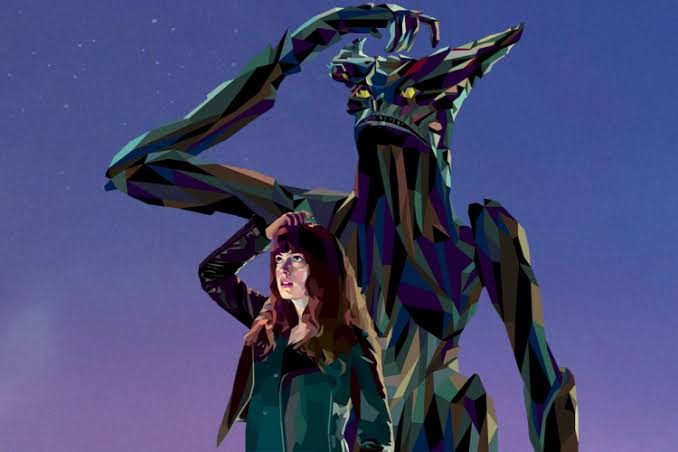 Who said there’s no more making original superhero movies? That’s right! “Colossal” is a film of hero, villain and all the elements that encompass a classic story of the genre. However, it’s completely different from anything you’ve ever seen.

The long directed by Nacho Vigalondo it’s not that movie full of special effects and heroic characters saving the world from end to end. There is, yes, the fantastic but very subtle side and as symbolism for a greater debate. Fantasy exists as a magical representation of situations common to us human beings. The film says that the world of heroes – be they from Marvel, DC, or a James Bond, Indiana Jones and others – is a representation of our real world, based on personal conflicts resonant in our daily lives. “Colossal” takes the themes often worked on in such works and delves deeply into the relationships of each character, in how the protagonists will relate to each other and what the origin between them will be. hero and villain. There is a reason, there are resentments involved and always – despite all the fantasy present in plots like this – it all starts with problems arising from on the personal side.

It’s difficult to talk about “Colossal” because I don’t want to spoil the delight that is the development of the story and the important situations that it will present us. Just know that the film is an exhilarating, exciting original work that teaches, for as little money as possible – next to nothing compared to Marvel and DC productions – that it doesn’t matter how many cities will be destroyed, or how many wonderful effects we will see on screen. , the most important are the characters.

“Colossal” is an amazing and original drama. Anne Hathaway it’s excellent as always, but it’s Jason Sudeikis who manages to be the greatest achievement of the film. The reasons? Well, watch and find out. The end result? An unmissable work!

Synopsis: Gloria (Anne Hathaway) leaves New York and returns to her hometown after losing her job and fiancé. While following the news about a giant lizard attack on Tokyo, she discovers that she is mysteriously mentally connected to the event. To prevent new similar cases and the eventual total destruction of the planet, Gloria must control the powers of her mind and understand why her seemingly insignificant existence has such a responsibility in the fate of the world.

Previous ‘Sadness, Shame’: Pope’s Apology for Church Abuses Against Indigenous People in Canada
Next What reinforcements will your team sign up for?