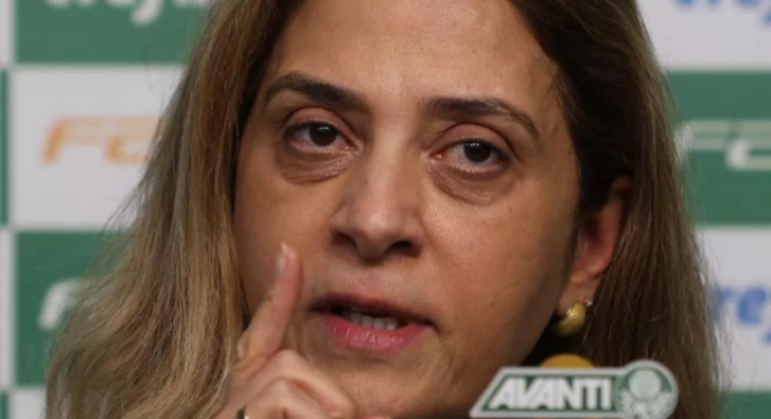 Palmeiras are showing the strength behind the scenes that they didn’t have with Mauricio Galiotte.

The owner of Crefisa was very firm in relation to the move that led to the elimination of Palmeiras from the Copa do Brasil. Wellington’s throw to Calleri, which ended in Gustavo Gómez’s penalty, in the second leg of the round of 16. VAR did not check the likely offside of the São Paulo striker. The TV images make it clear that the bid was irregular.

Leila was not satisfied to learn that those responsible for VAR, 16 days ago, Emerson de Almeida Ferreira and assistant Marcus Vinícius Gomes were just removed. She defended the summary dismissal of the duo.

She claimed that the two caused sporting and financial damage. Affirming that Palmeiras failed to earn millions with an eventual classification for the quarterfinals of the Copa do Brasil.

“Without punishment, things don’t happen. Depending on the type of mistake, people need to be punished, dismissed, fired. Don’t we want the professionalization of football? following the same path that he followed during the meeting.

Seneme apologized to Leila. He made it clear that he will do his best to bring refereeing as close to professionalism as possible. With direct to the interseason for recycling in August, and pre-season, in the beginning of 2023. And availability of the audios of the controversial bids, in relation to VAR, in 24 hours, in Serie A. And 48, in B.

But the president of Palmeiras made it clear: she will no longer tolerate situations like the one that led to the elimination of the club. An apology is not enough. She will no longer accept ‘serious wrongs’ against her club without demanding firm action.

As a summary dismissal of referees responsible for errors. And a way for the club to be financially compensated.

“They took away Palmeiras’ right to participate in an extremely important championship, a financial and sporting loss. As president of Palmeiras and an investor, I am worried. An investor seeks credibility in Brazilian football, and without that there is no investor”, he emphasized to the press.

Leila was the most outraged leader at CBF headquarters.

The controversial images of the lines that would or would not demonstrate Calleri’s impediment were never publicly traced. And neither will they.

The first version of the Refereeing Commission is that they were reset, so that VAR would be used in other matches. Today, at CBF, the story was denied. The images exist but would not have the technical conditions to be shown.

Leila Pereira managed to mark the position of Palmeiras.

It is clear that the two video referees, who made a mistake against São Paulo, and are linked to the Minas Gerais Federation, will no longer work in games for the São Paulo club.

Everything indicates that, after the meeting, more experienced judges, both on the pitch and in VAR, will work on Palmeiras’ matches.

Leila managed to be much more effective than Galiotte was…

Previous Who is to blame for the Grey’s Anatomy deaths? Go behind the scenes of the series · TV News
Next Scarcity of fiber optic cables threatens the expansion of broadband connections around the world