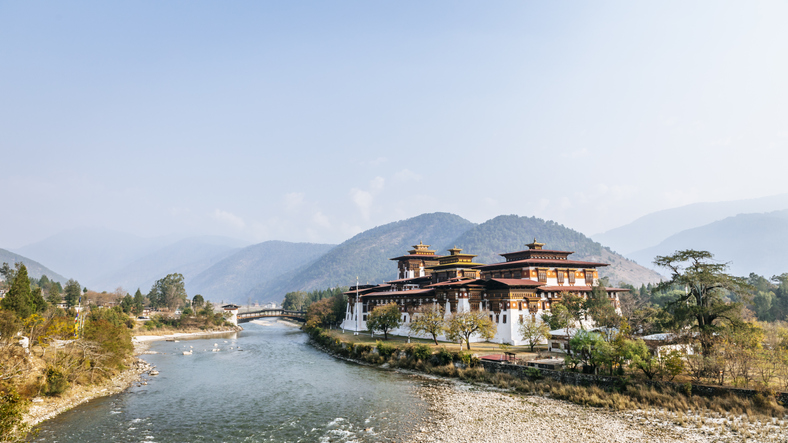 As a way of regulating and managing the resumption of tourism, after two years of a pandemic, Bhutan, a Buddhist kingdom in the eastern Himalayas, will charge a “sustainable development fee” from foreign visitors. And it’s pretty salty: $200 per person per day. The tribute will go into effect on September 23, when the country’s borders will reopen.

The news was announced by Tandi Dorji, Minister and Chairman of the Tourism Board of Bhutan. The rate until then was US$ 65. According to the Financial Times, the new rate will be the most expensive in the world.

The measure itself, of charging a tourist tax, is imposed in other places around the world such as Venice, which will introduce a tax of between 3 and 10 euros per day per tourist, starting in January; and in Fernando de Noronha, in Pernambuco, which charges tourists R$ 87.71 per day.

According to the local government’s announcement, the tourism sector will undergo a revamp, which will focus on three areas: infrastructure and services, tourists’ travel experiences and environmental impact measures. The country is relatively isolated: the first tourists were allowed to enter in 1974, and the country did not have a television until 1999.

“Covid-19 has allowed us to redefine how the sector can be better structured and operated so that it not only benefits Bhutan economically, but also socially, while keeping carbon footprints low,” Dorji said. “In the long term, our goal is to create high-value experiences for visitors and high-paying, professional jobs for our citizens.”

In the official statement, the government explains that the US$ 200 fee will be used to create activities that promote tourism and to build a more sustainable sector, such as offsetting carbon emissions and qualifying workers in the area.

“Among the many changes are the new regulations for service providers, including hotels, guides, tour operators and drivers, who will soon undergo a certification process before they can work in tourism. Employees will be required to participate in qualification and requalification programs, where necessary, to increase the level of service,” the statement reads.

In this document, the government assesses four main pillars and nine domains, which include health, education, governance, but also psychological well-being, time use, ecological diversity, standard of living, among others.

In terms of tourism, the region is known for its natural beauty, as well as cultural festivals with music, dances and appreciation of the local culture. One of the best known is the Thimphu festival, which takes place in October and attracts tourists from all over the world.

Despite the government’s plan, some tour operators have criticized the measure because they believe that the high cost of the fee risks slowing the sector’s recovery.

Travel company World Expeditions told the Financial Times that the move will raise the price of one of its most popular trips: the 27-day snowman hike (“Snowman Trek”) from 5,890 euros to almost 9,000 euros.

“Raising the price of this hike by 50% will have a huge impact on the future of Bhutan’s tourism industry. And after two years of Covid, the move makes us very concerned about the impact on the livelihoods of our colleagues in Bhutan,” Gordon Steer, the company’s UK manager, told the newspaper.

It is important to mention that tourism in the country was already very controlled. Prior to the rate increase, travelers from other countries (with the exception of India, Bangladesh and Maldives) had to book private, guided tour packages rather than traveling independently.

The daily minimum price for the package was between $200 and $290 per night. Of that amount, US$ 65 was the tourist tax for the government.

With the announcement, tourists now have more flexibility, with the option to book hotels and guides outside a closed tour package.

The government pointed out that, with the change, Indian tourists will pay the new sustainable development tax, but at a reduced level: just US$ 15.

Previous Neymar will be tried in October for irregularities in the trip to Barça
Next Pop, Marvel and Oscar: Meet the multifaceted Hailee Steinfeld