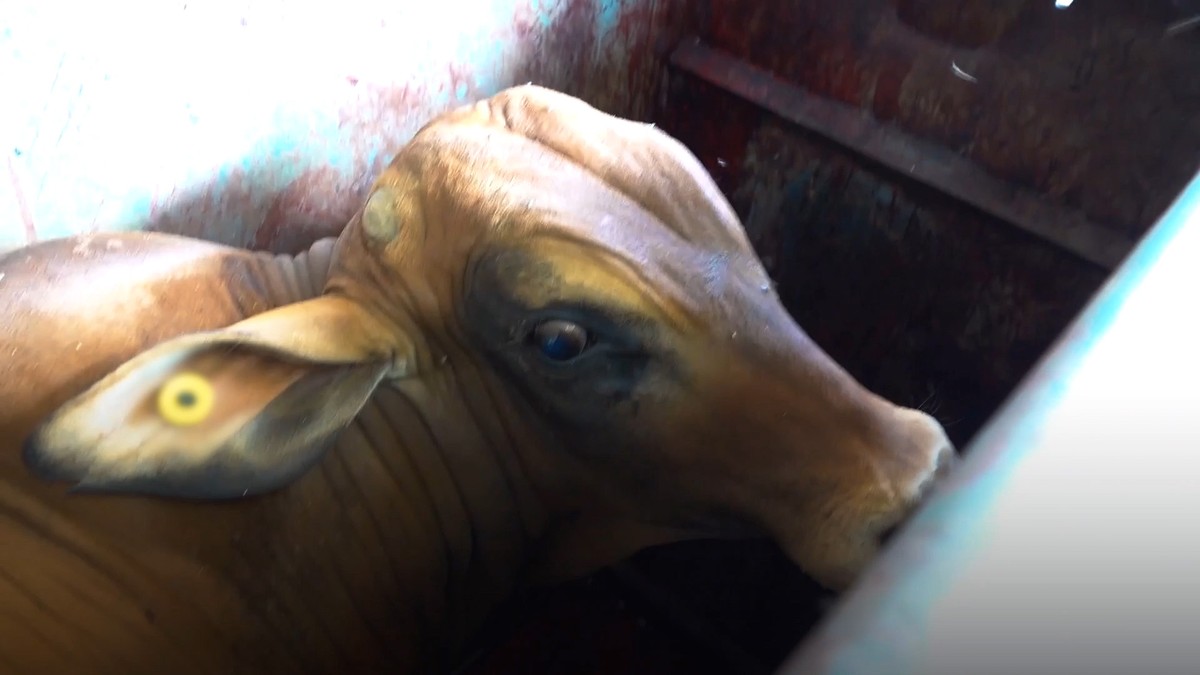 Documentary narrated by activist Luísa Mell calls for an end to the export of live animals; learn how to watch | Society

Each year, around the world, around 11 million cattle are exported alive for slaughter. A significant part (18%) of these animals are transported on ships over long distances from ports located in Oceania and South America. The animals spend weeks confined on ships traveling from one continent to another with little space to move around and perform basic needs.

Seeking to shed light on the dark side of these commercial crossings, the NGO Mercy For Animals launched this Tuesday (26) a documentary that shows the behind the scenes of live animal export. narrated by activist Luisa Mellthe film “Shame Export” show unpublished images of the investigation into the passage through Brazil, in March 2022, of the Mawashi Express, the largest ship transporting live animals in the world. The film is available on YouTube, with English and Spanish subtitles. Watch the video in full here.

The production brings interviews and data to contextualize the theme based on an investigative report produced by the NGO, in partnership with the independent journalism agency Repórter Brasil. Every year, more than half a million animals leave Brazil’s ports for the international market as live cargo, on journeys that, according to advocates for the cause, harm the health and physical and psychological well-being of animals. The country is the second largest exporter of live cattle by sea in the world, after Australia.

“Export shame”: unpublished investigation images about the passage through Brazil, in March 2022, from the Mawashi Express. — Photo: Disclosure

The journey begins with transporting the animals in trucks from inland regions to the ports, where they travel in crowds for an average of two to four weeks. With little room to move, animals are forced to lie on their own feces and urine. Images from investigations reveal slaughtering practices in the countries of destination, such as cutting the tendons of the legs, piercing the eyes and twisting the tail to immobilize oxen with earrings from Brazilian companies.

“There has to be a law that prohibits the export of live cattle,” says Carlos Bordalo, vice president of the Animal Rights Defense Committee of the Brazilian Bar Association (OAB) in Pará, during the documentary. From the Port of Vila do Conde alone, in Pará, around 280,000 oxen leave on ships per year.

The release of the documentary is part of a broader campaign to end the practice, which also includes a public petition created by activist Luisa Mell herself. The document that gathers signatures on the Change.org website seeks to pressure the National Congress to approve one of three bills that aim to ban, throughout the national territory, the export of live animals for slaughter: PL 357/2018, PL 3093 /2021 and PL 3016/2021.

Several countries are considering proposing a ban on the export of live animals. In August of last year, the UK announced that it would put an end to the practice. In the same year, New Zealand said it would end the export of cattle by sea from April 2023, citing concerns about damage to the country’s reputation for animal welfare and health risks.

Previous JBL Quantum 610 phone is launched in Brazil with long-lasting wireless use
Next Zoey Deutch lives a ‘Lie Influencer’ in the new official video for the Star+ comedy!

Home › (without category) > Deepfake pornography and downblousing: what it is and …