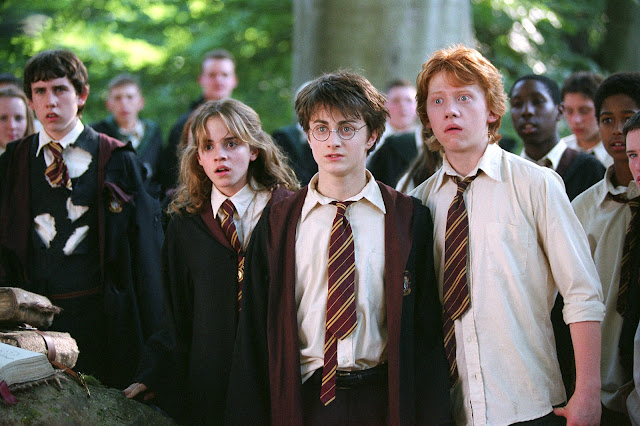 July is ending and the HBO Max celebrates the birthday of the most famous boy in the world, Harry Potter! To celebrate, HBO Max invites you to delve into the world of Hogwarts with the complete saga of JK Rowling.

HARRY POTTER AND THE PHILOSOPHER’S STONE It was the first feature film in the saga. This British-American film is based on the book written by JK Rowling and directed by filmmaker Chris Columbus. It was released in 2001, marking the beginning of a fascinating world.

The story revolves around Harry Potter (Daniel Radcliffe), a young boy who, after resisting a deadly attack by the villain Lord Voldemort (Ralph Fiennes), in which his parents die, is left in the care of his aunt and uncle. When Harry turns eleven, he discovers that he is a wizard and is sent to Hogwarts, where he meets his inseparable friends, Ron Weasley (Rupert Grint) and Hermione Granger (Emma Watson), with whom he goes on incredible adventures that test his strength and powers.

HBO Max is the only place where you can find the complete Harry Potter saga. Produced by Warner Bros. Pictures. There are eight feature films, released over a period of 10 years and directed by Chris Columbus, Alfonso Cuarón, Mike Newell and David Yates.

shared birthdays: JK Rowling chose to bring Harry to life on the same day as his birthday. She was also born on July 31, but in 1965.

waiting and inventing: The idea to write this incredible story came while Rowling was waiting for a delayed train in Manchester on her way to London.

The requirement to act in films: The producers and Rowling only looked for British actors for the characters, as a way of respecting every detail of the books.

Edinburgh, the inspiration for Hogwarts: Walking around Edinburgh, some corners might look familiar. Many places in the Scottish city served as inspiration for the books. You can even visit the cafes where history was written, such as The Elephant House, also called “Birthplace of Harry Potter”.

Dumbledore’s granddaughter: Richard Harris, the actor who played Dumbledore in the first two films, said he accepted the role only because his granddaughter promised never to speak to him again if he didn’t.

reality and fiction: Alfonso Cuarón, the director of Harry Potter and the Prisoner of Azkaban, asked Daniel Radcliffe, Emma Watson and Rupert Grint to write about their characters from their point of view. They all responded in the same way their characters would: Daniel (Harry) wrote one page, Emma (Hermione) wrote ten pages, and Rupert (Ron) delivered nothing, saying, “I didn’t do mine, because I didn’t think Ron would.”

real surprise: In Harry Potter and the Philosopher’s Stone, Daniel (Harry), Emma (Hermione) and Rupert (Ron) got to know the great dining room of Hogwarts at the same time as their characters. It wasn’t a coincidence, but a real surprise for them.

“Happiness can be found even in the darkest of times, if you just remember to turn on the light” Dumbledore

Previous What is the Suwalki corridor, considered NATO’s ‘Achilles’ heel’ | World
Next “To all the fans…”; Fausto Vera arrives at Corinthians CT and sends a message to Fiel Guardians of the Galaxy Vol. 3continuation of one of Marvel Studios’ most popular franchises, is …