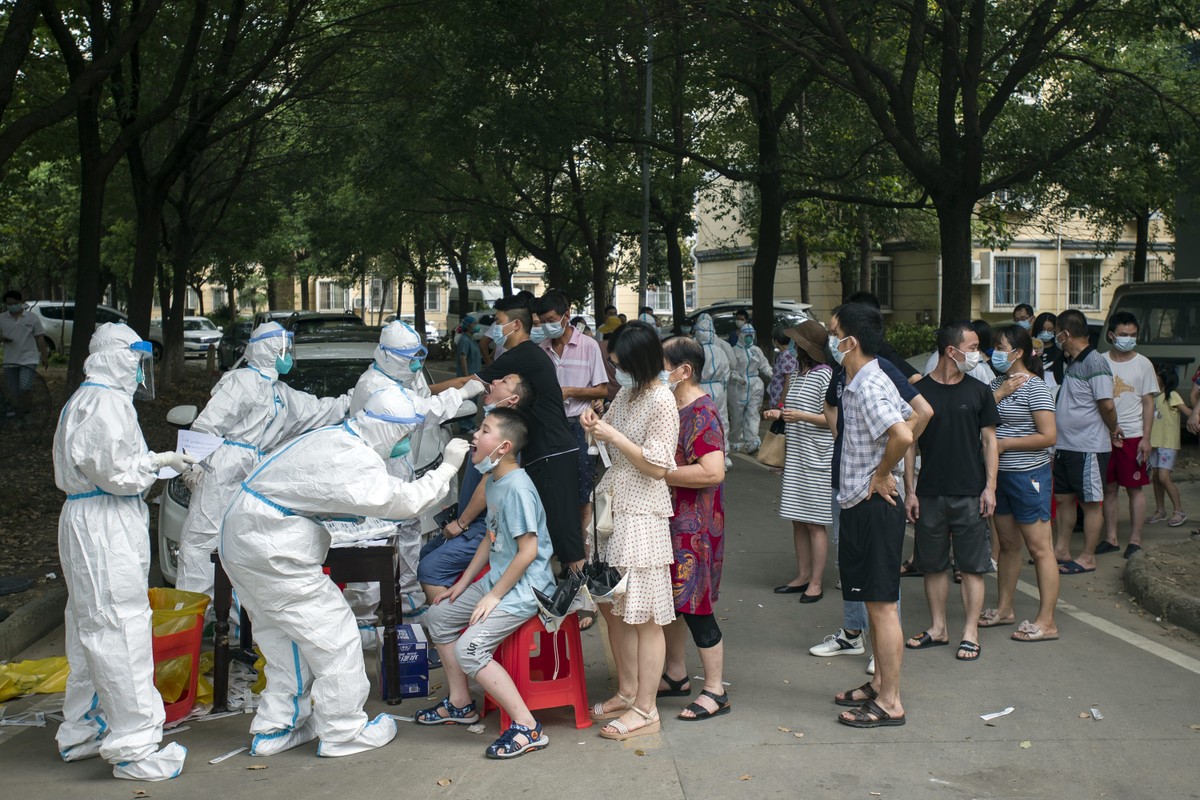 Two studies published this Tuesday (26) in the journal “Science”, one of the most important in the world, reinforce the hypothesis that the animal market in Wuhan, in Chinawas where Sars-CoV-2 first spread from animals to humans in the pandemic.

“I myself was pretty convinced about the lab leak until we dived into it very carefully and looked much more closely,” he added.

The first study, of which Andersen is a senior author, incorporated data collected by Chinese scientists to estimate the location of more than 150 of the first Covid cases reported in December 2019.

They also mapped cases from January and February 2020 using data from a social networking app that created a channel for people with Covid-19 to get help.

Scientists have found clusters of cases within the market from Wuhan. These groupings, they said, were “very specific” to the parts of the market where wild animals such as raccoon dogs, susceptible to coronavirus infection, are now known to be sold.

“When we were able to look at this, there was an extraordinary pattern where the highest density of cases was extremely close and very centered on that market,” said Worobey, who is at the University of Arizona.

Worobey explained that the pattern seen indicates that the virus began to spread among people working in the market – and later, in the local community.

For Kristian Andersen, who is professor of Immunology and Microbiology at Scripps Research, a research institute in California, “all this evidence tells us the same thing: it points directly to this specific market in the middle of Wuhan.”

already the A second survey – carried out by a separate team of scientists, but also involving Andersen and Worobey – looked at the diversity of the genetic code of the virus inside and outside China.

The researchers analyzed the first genomes of samples collected in December 2019 and extended to mid-February 2020. They found that two lineages – A and B – marked the beginning of the pandemic in Wuhan.

The study’s senior author, Joel Wertheim, pointed out that strain A was more genetically similar to bat coronaviruses, but strain B appears to have started to spread earlier in humans, particularly in the marketplace.

That means to say that the virus likely passed from animals to people on two separate occasions.

“I now realize that it looks like I just said that a single event in a generation happened twice in a short succession,” said Wertheim, who is an expert in viral evolution at the University of California at San Diego (UCSD).

But certain conditions were conducive to this – such as people and animals in close proximity and a virus capable of spreading from animals to people and from person to person.

Therefore, the researcher explained, “the barriers to overflow [tradução literal de “spillover”, a transmissão de patógenos de animais selvagens para humanos] were reduced in such a way that, we believe, several introductions [na espécie humana] should be expected”.

For researcher Matthew Aliota, who did not participate in either research, both point to a natural origin of the coronavirus.

“Both studies really provide compelling evidence for the natural origin hypothesis,” said Aliota, who works at the University of Minnesota College of Veterinary Medicine.

Since it’s not possible to sample an animal that was being sold at the market, “this is perhaps as close to a smoking gun as you could get.”