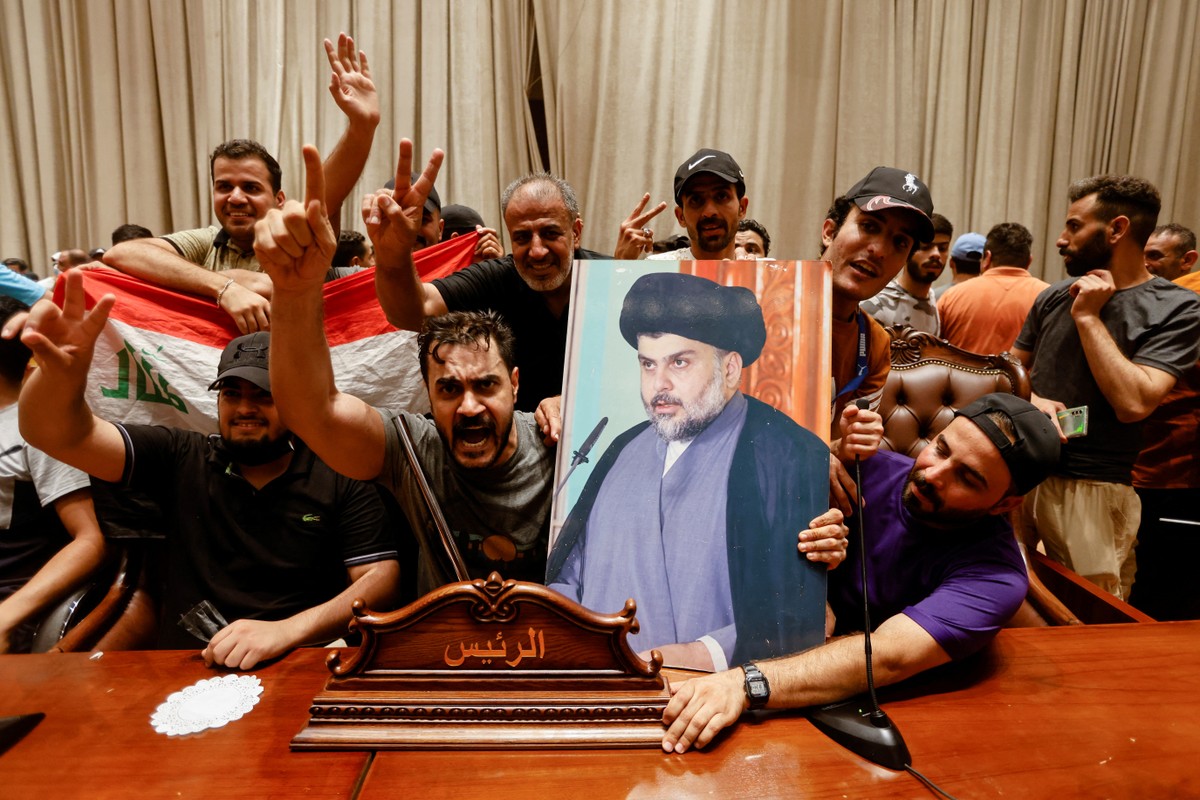 Protesters stormed the parliament in Baghdad, Iraq, on Wednesday (27), to protest against the choice of a candidate for prime minister by parties backed by Iran.

Many of the protesters were followers of Muqtada al-Sadr, an important religious leader in the country. They do not accept the appointment of Nouri al-Maliki, who was once the country’s leader.

Protesters began protesting in a square, then moved to Baghdad’s Green Zone, a more protected area of ​​the city, and finally entered parliament. Some of them were climbing tables, waving Iraqi flags. No parliamentarian was present during the invasion.

Earlier on Wednesday lawmakers failed in an attempt to strike a deal to form a government. Thus, the country goes on to live a period of nine months without a head of state and a cabinet of ministers.

There are disputes between Shia and Kurdish groups in particular that prevent the formation of a government.

The last longest standoff was in 2010. At that time, there were 289 before a leader was chosen — the same Nouri al-Maliki that Wednesday’s protesters reject.