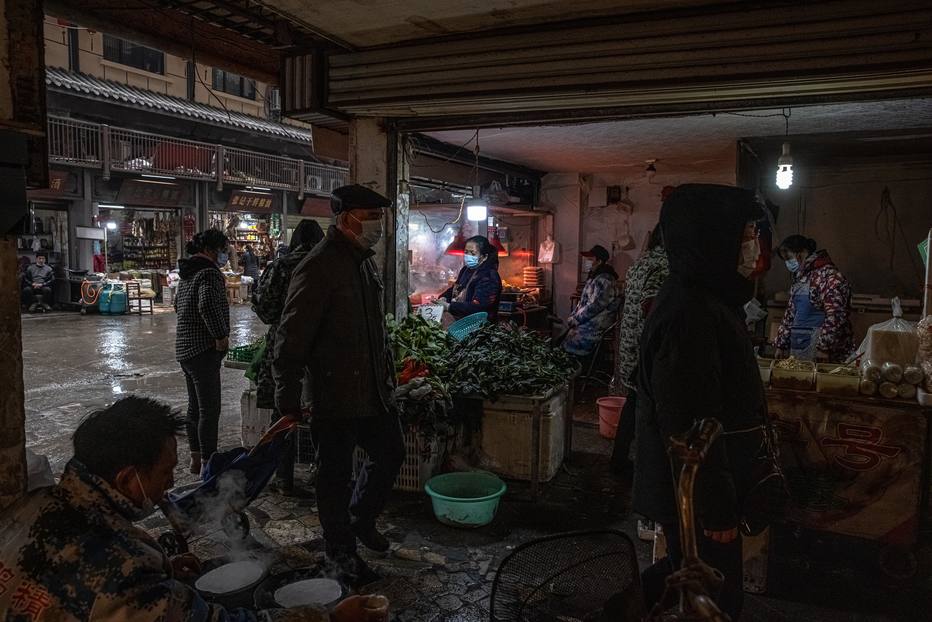 Study again points to the Wuhan market, in China, as the epicenter of the coronavirus

Two new studies published in the scientific journal science indicate, again, that the wuhanat China, from activities associated with the wildlife trade, was the epicenter of the emergence of SARS-CoV-2 (new coronavirus). The investigations, led by Michael Worobey and Jonathan Pekar, use complementary approaches involving spatial and environmental analyzes as well as molecular studies to provide evidence that the Chinese market of Huanan, in Wuhan, was the initial epicenter of the pandemic. Covid-19.

The researchers conclude that it is very likely that SARS-CoV-2 was present in live mammals sold in this market in late 2019. They further suggest that the genomic diversity of SARS-CoV-2 before February 2020 probably comprised only two distinct viral lineages, designated A and B. These lineages were the result of at least two separate events of interspecies transmission to humans.

To test the hypothesis that the market was the epicenter of the pandemic, Worobey and his team at the University of Arizona pulled data from a variety of sources. First, they used mapping tools to estimate the longitude and latitude location of more than 150 of the first reported cases of the virus as of December 2019, including those not reported as directly linked to the market. The highest density of these cases was centered on the Huanan market, the researchers say.

By mapping January and February 2020 cases from data from Weibo, a social media app used for people with Covid-19 to seek medical help, the researchers identified cases in other parts of central Wuhan that radiated from the market as they went. as the pandemic progressed.

In further analyses, the scientists report that the Huanan market played host to the sale of several possible hosts of the virus until at least November 2019. Using and expanding a dataset on surface samples from the aforementioned market, they identified five stalls that probably sold live or freshly slaughtered mammals; according to the analyses, proximity to the suppliers of these live mammals was predictive of human virus cases.

In turn, to better understand the circumstances that led to the origin of the pandemic, Pekar and his group at the University of California, San Diego, analyzed the genomic diversity of SARS-CoV-2 at the beginning of the pandemic.

While the diversity of the coronavirus has increased as the pandemic has spread from China to other countries, two strains of SARS-CoV-2 – designated A and B – marked the beginning of the pandemic in Wuhan. The hypothesis is that the two lineages arose separately.

To test it, the team analyzed genomic and epidemiological data from the first moments of the pandemic with models and simulations. The conclusion they reached is that the first zoonotic transmission likely involved lineage B viruses around November 18, 2019 (never before the end of October), while the separate introduction of lineage A occurred days and weeks after this event. . As with other coronaviruses, the emergence of SARS-CoV-2 was likely the result of several zoonotic events.

The results of Worobey’s study are also consistent with this idea of ​​a separate origin and later appearance of lineage A on the Huanan market in late November 2019. These findings indicate that SARS-CoV-2 is unlikely to have circulated widely. in humans before November 2019, and define the narrow window between when SARS-CoV-2 first jumped to humans, and when the first cases of covid-19 were reported.

Previous Moto G22 crashing? Find out how to solve the main problems
Next Kristen Stewart made a guest appearance in an HBO Max series and you didn’t even notice – News Seen on the web