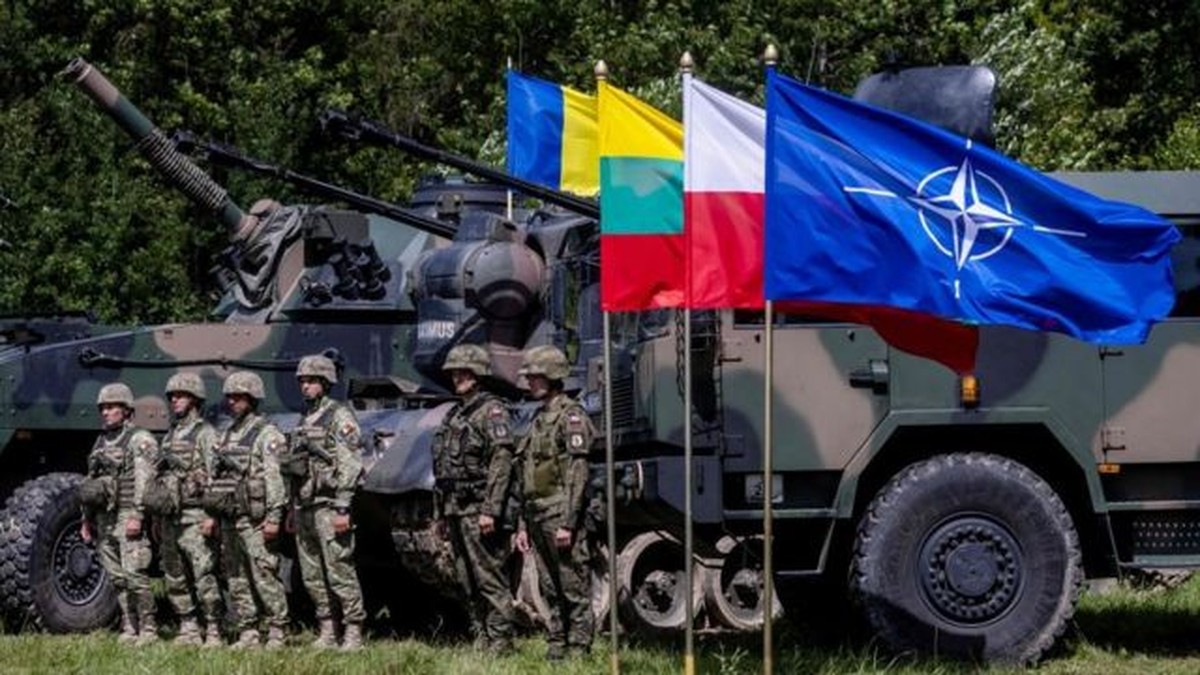 What is the Suwalki corridor, considered NATO’s ‘Achilles’ heel’ | World

A small strip of land between Lithuania and Poland is the newest focus of tensions between Russia and the NATO countries (North Atlantic Treaty Organization, Western military alliance).

This is the Suwalki corridor, a region about 70 km long that connects Belarus — Moscow’s main ally — to Kaliningrad, a Russian exclave in Europe.

European Union (EU) sanctions in response to the invasion of Ukraine prevent Russia from transporting some of its goods to Kaliningrad using the corridor.

Some analysts warn that the area could become one of Russian President Vladimir Putin’s first targets if he decides to expand the war in Ukraine into open confrontation with NATO.

“The Russian and Belarusian armed forces have carried out intense joint training in the past to be able to take this area and fend off NATO forces,” Stephen Hall, professor of Politics, International Relations and Russia at the University of Bath (England) told the BBC. News Mundo (BBC’s Spanish-language news service).

“Certainly this is (a) dangerous scenario. Because it would cut off NATO’s access to the Baltic states and allow Russia to incorporate those states as well.”

The Suwalki corridor is considered the “Achilles’ heel” of NATO, as it can easily be taken over by Russia.

The territory — an almost uninhabited area made up mostly of swamps, two highways and a single railway line — is the shortest distance between Kaliningrad and Belarus.

Russia occupied Kaliningrad after the collapse of the Soviet Union. But the heavily militarized exclave was on the other side of Lithuania and Poland, isolated from Russia and its ally Belarus.

Russia was never able to create a zone that allowed for a continued military presence between Belarus and Kaliningrad — despite several attempts throughout the 1990s.

But in 2003, when Poland and Lithuania were negotiating their accession to the European Union (EU), Russia got a broader treaty that allowed the transit of passengers and goods along the corridor between Lithuania and Poland.

Initially, the vulnerability of the corridor, named after the Polish city of Suwalki, went almost unnoticed. But when the Baltic countries Lithuania, Estonia and Latvia joined NATO, the corridor took on enormous strategic importance.

Kaliningrad found itself surrounded by NATO countries. By contrast, the corridor also created a bottleneck for the military alliance—an “Achilles’ heel” for the organization.

“The corridor between Kaliningrad and Belarus is definitely a bottleneck, not only in strictly military terms, but also in logistical terms for NATO support for Estonian, Latvian and Lithuanian forces,” says Professor Kenton White of the University of Reading (England). ) and co-director of the Ways of War Center institute.

“Because if the Russians militarily closed this corridor and also imposed a naval blockade on the Baltic, NATO would be in a very difficult situation on how to provide even basic materials, food and fuel to the three Baltic states,” says the expert.

The corridor’s strategic position and the possibility of Russia taking over the territory became even more evident after Moscow annexed the Crimean peninsula in 2014.

And many analysts see this prospect as increasingly concrete after Russia’s invasion of Ukraine in February this year.

Russian goods are transported along the Suwalki corridor to Kaliningrad, Russia’s exclave in Europe.

Undoubtedly, for NATO, the area has become important enough to deploy a US-led Advanced Presence task force in Orzysz, Poland, close to the Lithuanian border.

And since 2014, the military situation in the region has steadily escalated, with a sharp increase in the concentration of firepower on both sides.

Tensions in the area rose in June when Lithuania banned the transit of steel and other ferrous metals through the Suwalki corridor due to EU-imposed sanctions for the invasion of Ukraine.

In July, Lithuania lifted the ban, but the first decision sparked outrage in Moscow, which threatened to respond to the blockade and condemned the sanctions as illegal and unacceptable.

The head of the Russian security council, Nikolai Patrushev, said there would be a “serious negative impact on the people of Lithuania”.

The Lithuanian blockade has reignited fears of a Russian annexation of the Suwalki corridor.

But not all experts believe that Moscow is willing to do that while its forces are busy invading Ukraine.

“I think it’s very unlikely,” says Professor Stephen Hall. “Russia is deploying much of its (military) capability in Ukraine, where it has not done a particularly spectacular job.”

“It’s a war of attrition. Russia is making some progress, but it’s going to get increasingly difficult to count on reinforcements and make the difficult decision to reinforce Donbas to try to drive out the Ukrainians or leave (other cities) susceptible to a counterattack. .”

Furthermore, if Russian forces were to seize the corridor, which is NATO territory, it would result in an immediate confrontation between Russia and alliance members.

Because any Russian action on the territory of Poland or Lithuania would lead to the application of Article 5, whereby an attack on a NATO member represents an attack on all NATO nations.

Hall points out that Russia “cannot afford to escalate a war that would bring NATO close to its full capacity.”

But would Washington, London and other alliance members be willing to intervene in a confrontation with Russia over virtually unpopulated territory?

White of the University of Reading thinks that not all NATO members would be willing to act in the hallway.

“It would be very difficult for the Russians, even with Belarusian support, (to take the corridor) because NATO has been sending more troops into the area,” says White.

“But if this situation happens, some NATO countries may not be prepared to directly confront Russian forces, regardless of Article 5. I mean countries like Germany, Belgium, maybe Denmark, which may not necessarily be willing to engage in a situation like this.”

It must be remembered that Russia has a strong military presence in Kaliningrad. The exclave of nearly a million people is home to its Baltic fleet, tens of thousands of troops and reportedly even nuclear weapons.

As Kenton White recalls, Article 5 of NATO does not say that members must provide military force, and furthermore, “there is a strong feeling among some NATO members that a military confrontation is something to be avoided at all costs”.

The strengthening of Finland and Sweden

The truth is that, as the University of Reading professor points out, the corridor is currently “a very dangerous place for Europeans and certainly a threat to NATO”.

And with the expected accession of Sweden and Finland to the Western military alliance, Russia’s tensions with Europe and the US have increased.

The inclusion of the two Scandinavian countries will transform the Baltic Sea into what some analysts call “a Nato lake”.

And that could perhaps give Moscow an even greater incentive to build a “bridge” between Belarus and Kaliningrad.

But experts say that with Sweden and Finland as NATO members, the Suwalki corridor will no longer be an “Achilles heel” in the military alliance.

“With Finland, there will be a direct route to the Baltic countries, which is not available now. So the corridor will no longer be a major threat to the functioning of NATO,” says White.

“Certainly, we have to worry about Putin’s long-term intentions towards NATO, and the corridor could be a point of tension. But the accession of Finland and Sweden will ease fears over the area and tip the balance. region in favor of NATO”, he adds.