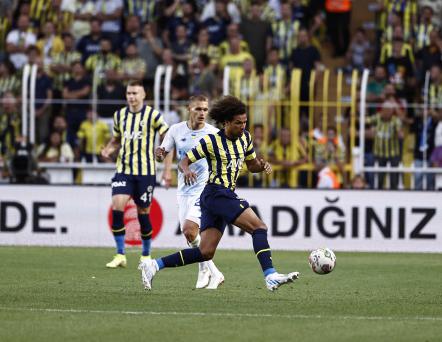 Willian Arão fails, and Jorge Jesus’ Fenerbahçe falls in the preliminary phase of the Champions League

Fenerbahçe will not play in the group stage of Champions League. This Wednesday, the club led by Jorge Jesus lost to Dynamo Kiev, at home, and said goodbye to the competition in the preliminary phase. The Ukrainians won 2-1, with goals from Buyalskyi and Karavaev. Attila Szalai did for the Turks.

After a goalless first half, Fenerbahçe was one less just eight minutes into the final stage. Yüksek got the second yellow card and was sent off. Four minutes later, in a move that started on the left and stopped on the right, Kedziora played for the middle, and Willian Arão did not mark Buyalskyi, who opened the scoring.

In the 25th minute, Fener had the chance to tie with Enner Valencia, in a penalty kick, but goalkeeper Bushchan saved it. In the 43rd minute, however, Szalai left everything equal with assistance from the Brazilian Lincoln and took the game to extra time.

In the remaining 30 minutes, Dynamo Kyiv did the best. The Eastern European team scored with Karavaev in the ninth minute, with six minutes left in the match, and managed to qualify.

The ‘Mister’ during the match against Dynamo Kiev
(Photo: Publicity/Fenerbahçe SK)

This is the third elimination of Jorge Jesus in the preliminary phase of the Champions League in two years. In 2020, shortly after leaving Flamengo, the coach saw Benfica lose to PAOK, from Greece, then led by Abel Ferreira, now at Palmeiras. With the fall, Fenerbahçe will play in the Europa League.

+ Possible Croatia shirt is revealed: check out leaked or released kits for the World Cup

In the next phase, Dynamo Kiev will face Sturm Graz, from Austria. Whoever passes advances to the group stage of the UEFA Champions League.