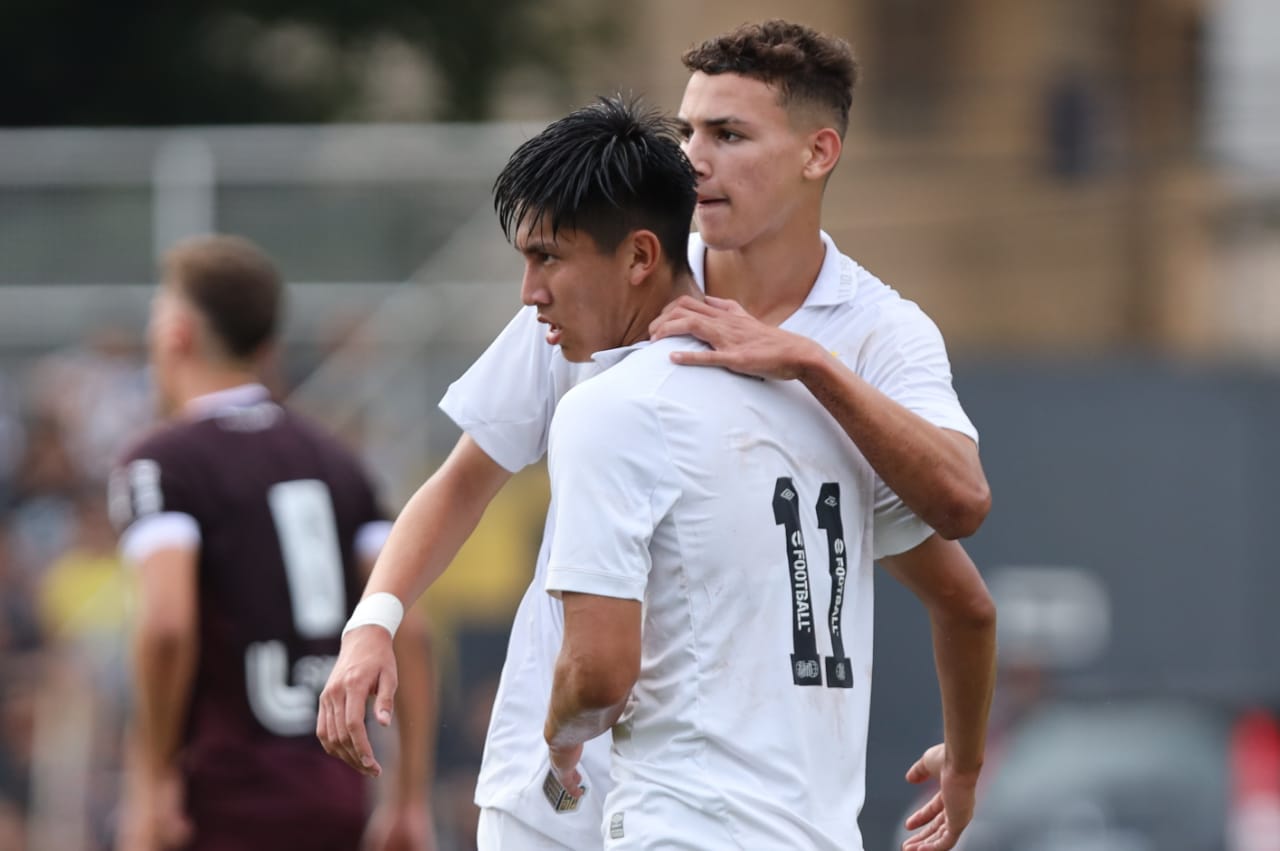 With good performance by Miguelito, Santos wins Ferroviária for Paulista U-20 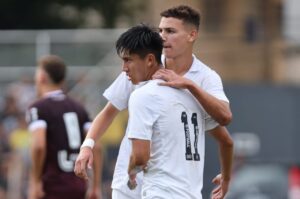 Miguel started among the holders and had a great performance (Credit: Disclosure)

On Wednesday afternoon (27), Santos beat Ferroviária 2-1 at CT Rei Pelé, for the fourth round of the second phase of the Paulista Under-20 Championship. Santos goals were scored by Deivid and Ivonei. The Santos striker scored in the first half, in an opportunistic move, and in the second half, Ivonei scored a beautiful goal from the edge of the area.

In the next round, on the 3rd, Santos will face off against Tanabi, away from home. Before, the team returns to the field on Saturday (30) for the Brazilian Under-20 Championship, against Athletico-PR, at 10:00 am, at CT Rei Pelé.

Bolivian attacking midfielder Miguel Terceros, who turned 18 in April but was only registered last week after the international transfer window opened, started among the starting lineup for the first time and had a great performance.

The game
The first arrival to the attack of the Santos team occurred after a failure of the opposing defense. At 5 minutes, Miguel stole the ball and hit it hard in front of the goal, forcing the goalkeeper to make a good save.

Ten minutes later, Pedrinho makes the set-up on the left and the defender leaves. In the spare, Ivonei hits, but the ball goes out. In a play on the right, in the 24th minute, Deivid received at the entrance of the area and left with Victor Mitchell. Shirt 7 receives and promptly hits it cross, and the ball goes out, dangerously passing through the goal of Ferroviária.

And in the 31st minute, Peixe opened the scoring. Cadu crosses on the right and Deivid anticipates the marking and fills the opposing team’s net.

In the second half, at 9 minutes, Antônio tied the match.

On the left side of the attack, in the 25th minute, Weslley Patati went on top of the marking and risked the cross hit, and the ball exploded on the post. He took the leftovers himself, and left it with Miguel, already inside the area. The Bolivian, debuting as a starter, fixed it for Ivonei who hit with category putting Peixe in front again.

In another move from the right, at 35 minutes, Weslley crosses the second post and Fernandinho stretches out with a cart to get the finalization, and the ball comes crossed and the goalkeeper makes a great save, avoiding the third goal of the Santos team.

Previous “I won and there was no place”
Next New 11-minute gameplay trailer of FIFA 23; HyperMotion 2 technology details