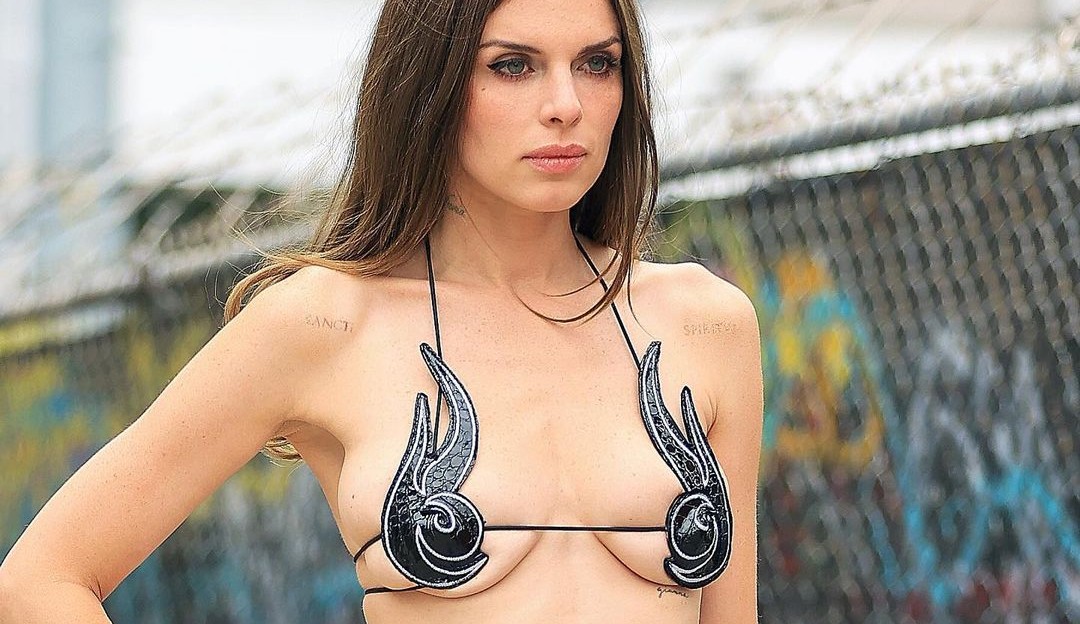 Julia Foz, who is already well-known for wearing daring looks, super low-cut transparent and controversial, this week gave the internet a buzz after wearing ultra-low-waist pants in a V shape in the front, and had to do an extreme shave in the region where she was. exposed her intimate skin, to maintain the V-shape she used a hook that she could hold the piece in the style she chose, without exposing the region more. Completing the look, she wore a black drape-style bikini and a black bag. In a post on Instagram stories, Julia explained details of her innovative look. the actress of “Uncut Gems”, from Netflix, strolled through the streets of New York wearing her fashionable outfit accompanied by a group of friends. 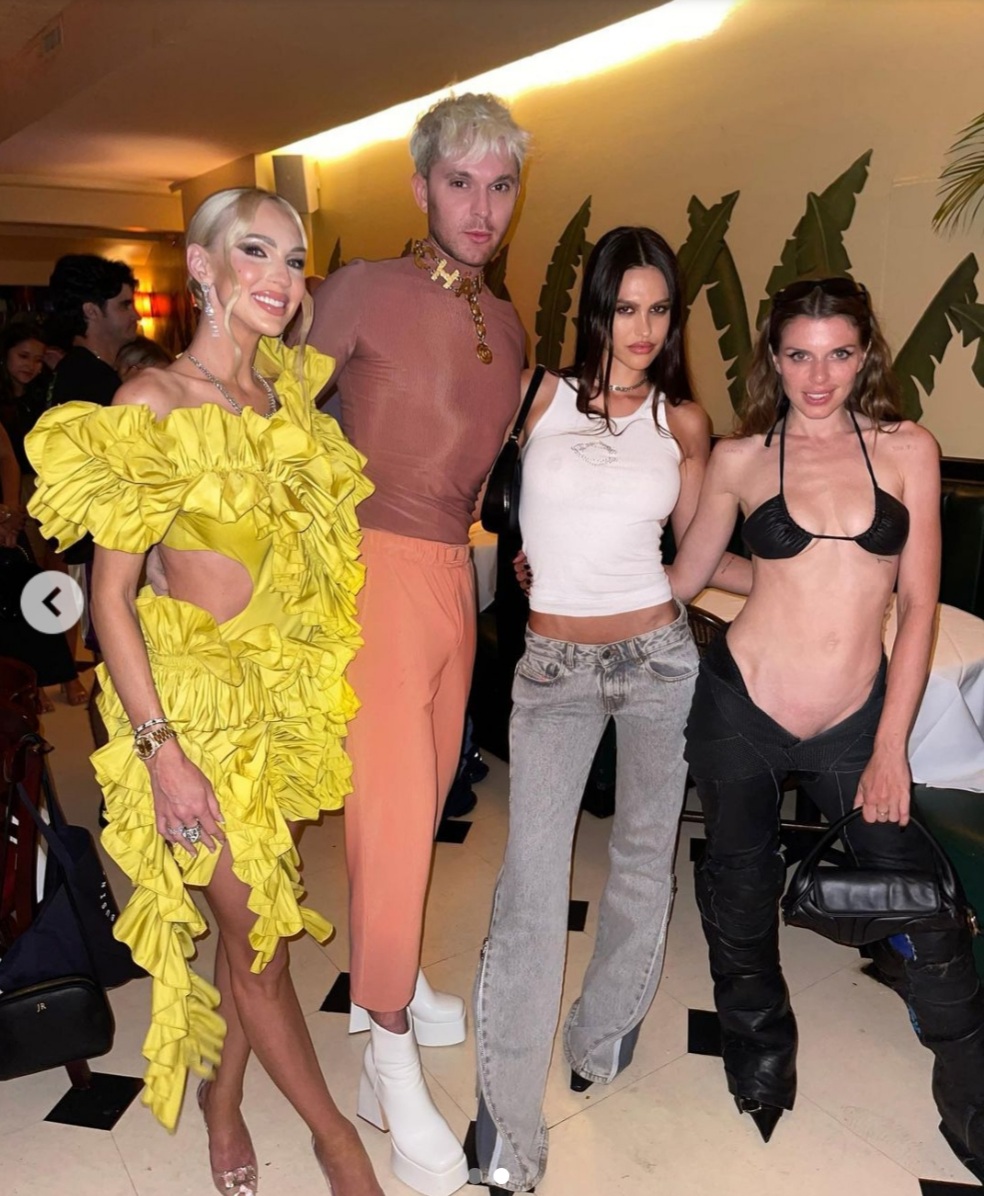 The ex-girlfriend of rapper Kanye West informed that her choices are not to please men, but because she does not intend to follow a standard of beauty, “There’s more to life than chasing an impossible standard of beauty projected on me by insecure celebrities with the ultimate goal of pleasing men. People who don’t understand are mentally lazy,” said defending his choices. With her new look, the actress even made jokes on the web by comparing the low-waisted pants that shape her abdomen to a centaur, as it is similar in mystical creatures, and appears in some movies, half human and half horse. 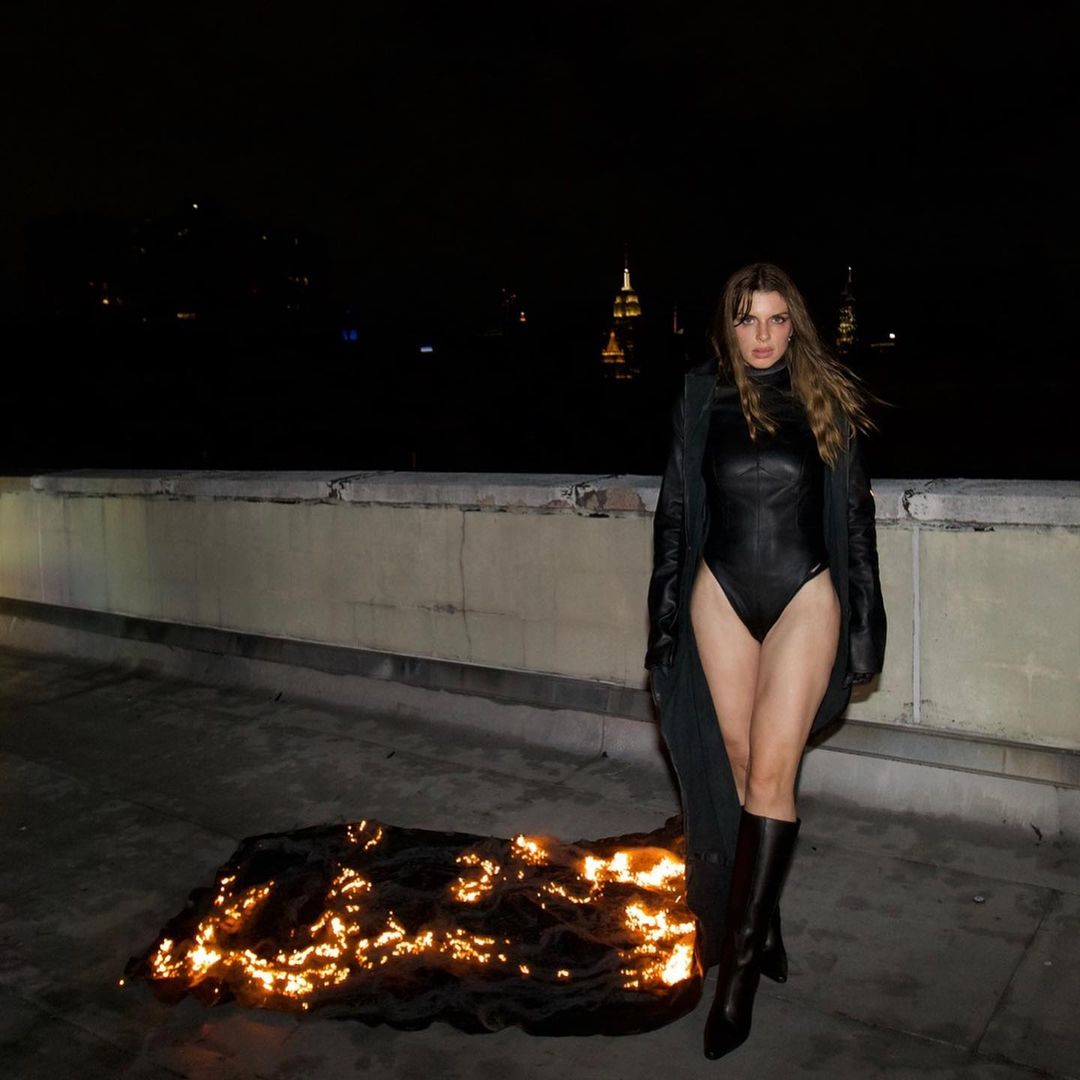 Another outfit worn by the actress that drew attention was the reinterpretation of the flaming dress worn by Jennifer Lawrence in the franchise, The Hunger Games. On her Instagram profile, we can see several customization of clothes that draw attention, such as the look she published on May 17, where she wore a set of black langeri accompanied by a jeas coat and denim boots, the pants she made as a bag , and tied in the arms with the waistband down strolling through the streets of Europe. In addition to these styles, Fox has also used sterilized men’s underwear and many of her photos on Insta are in super low-waisted and transparent clothes.

Previous TikTok: Experts Warn Tendency to ‘Dribble’ the Heat with Ice Could Be Fatal
Next companies open 4,300 jobs to work from home