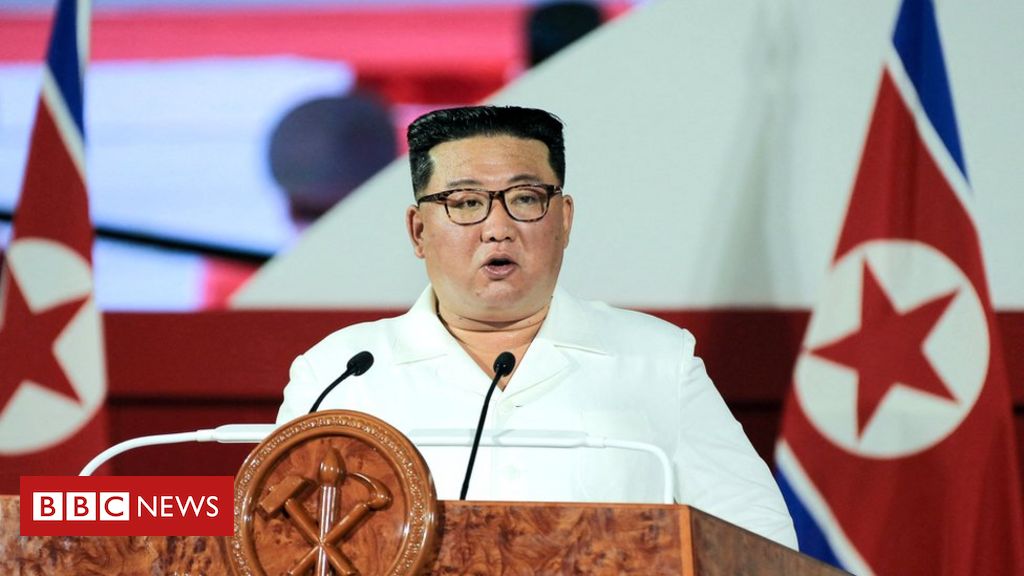 In a speech at an anniversary event for the Korean War (1950-1953), Kim added that the country was “fully ready for any military confrontation” with the US, according to state news agency KCNA.

US officials speculate that North Korea may be preparing a seventh nuclear test. The US warned last month that Pyongyang could carry out such a test at any time.

North Korea’s most recent nuclear test took place in 2017. However, tensions are rising on the Korean peninsula.

US Special Representative to North Korea Sung Kim said North Korea tested an unprecedented number of missiles this year: 31 compared to 25 in 2019, the year the last record was set.

Although the Korean War ended in a truce, North Korea calls the outcome of the conflict a victory against the US. The annual “Victory Day” celebrations are marked by military parades, fireworks and dancing.

In his speech to mark the event, Kim said US nuclear threats required North Korea to fulfill the “urgent historic task” of strengthening its defense.

According to the North Korean leader, the US distorts North Korea’s regular military exercises and treats them as provocations.

He also spoke about South Korea’s strategy to counter Pyongyang’s nuclear threat by preparing preemptive strikes in the event of an imminent offensive.

This strategy, dubbed “Kill Chain”, was first devised a decade ago. She envisages pre-emptive strikes against Pyongyang’s missiles and possibly also against the highest levels of the North Korean government.

Some analysts have warned that the strategy is risky and could fuel an arms race.

At the Victory Day celebration, Kim said South Korean President Yoon Suk-yeol’s government and military would be “decimated” if they carry out pre-emptive strikes.

Is North Korea on the brink of war?

Kim Jong-Un’s warning that the Korean peninsula is “on the brink of war” sounds extremely scary. But North Korean rhetoric is often inflamed, especially on national anniversaries.

What this indicates is how angry the North Korean regime is with South Korea’s new president, Yoon Suk-yeol.

Since coming to power in May, Yoon has established a new, more aggressive defense policy, whereby South Korean forces can preemptively strike the North if Seoul believes it is under imminent threat from a nuclear attack from Pyongyang.

This strategy, called “Kill Chain”, would allow South Korea to launch pre-emptive ballistic missiles and air strikes against North Korean targets, including the elimination of North Korean command structures. In other words, trying to kill Kim Jong-Un himself.

Pyongyang is also quite unhappy with Washington’s lack of engagement since US President Joe Biden replaced Donald Trump.

All of this could indicate that we are heading towards some kind of deliberate Northern ascent.

Everyone now expects Pyongyang to conduct a seventh underground nuclear test. Preparations have been underway at the Punggye-ri test site since March.