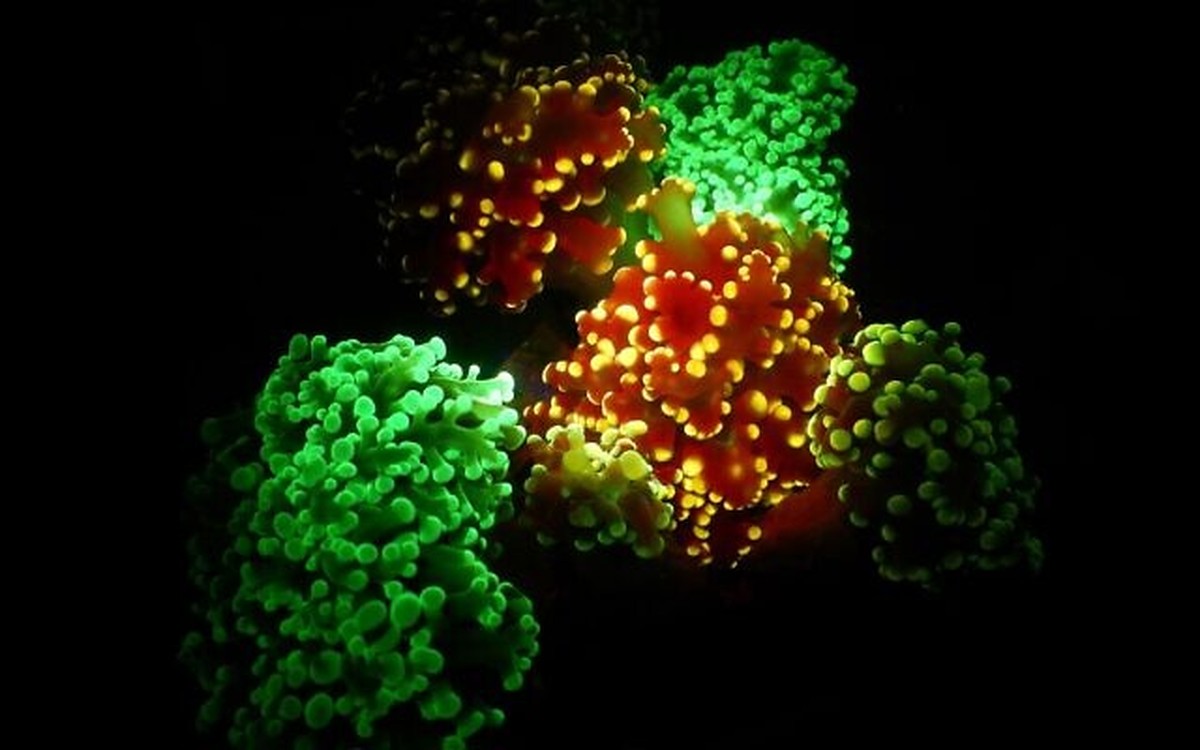 Corals that live 148 feet below the ocean’s surface, in the so-called “twilight zone“, glow a radiant green or orange around the mouth area of ​​their tentacles. Coral experts know that these animals emit light after absorbing energy. This is called biofluorescence – different from bioluminescencethe emission of cold and visible light by living organisms, which occurs in various organisms (bacteria, fungi, algae, coelenterates, molluscs, arthropods, fish), mainly in the marine environment.

What the researchers didn’t know, explains The Optimist Daily, was why corals found at great depths glow. Some of his best hypotheses included that fluorescence shields corals from heat or light after bleaching, or that fluorescence somehow drives the photosynthesis process. As good as these ideas were, however, none of them proved true.

As no evidence was found to support the previous hypotheses, a research team led by experts from Tel Aviv University came up with a new hypothesis: and if the corals shine to attract prey? Scientists then began testing this possibility.

“Despite gaps in existing knowledge about the visual perception of fluorescence signals by plankton, the current study presents experimental evidence for the role of fluorescence in prey-seducing corals,” explains study leader Or Ben-Zvi in ​​a statement.

“We suggest that this hypothesis, which we call the ‘light trap hypothesis’, may also apply to other fluorescent organisms in the sea, and that this phenomenon may play a larger role in marine ecosystems than previously thought.”

Like many of the planet’s creatures, corals are under great threat. Deep corals, such as those observed in this study, are especially vulnerable to threats such as bottom trawling, oil and gas production. offshoreoffshore mining and the climate crisis.