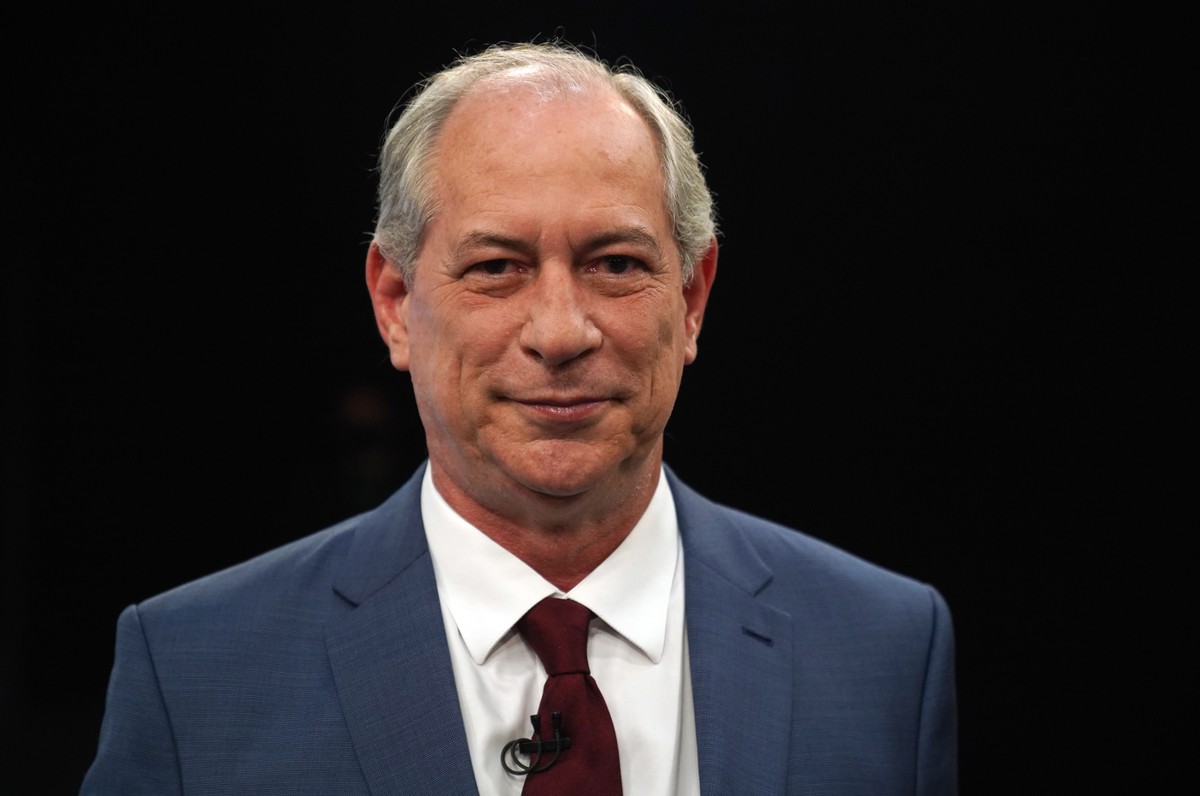 See what #FACT or #FAKE is in Ciro Gomes’ interview for Central das Eleições, on GloboNews | elections

It was the third and final interview in the series of hearings with candidates for the Presidency of the Republic. The conversation was broadcast live from the studios of GloboNews.

The first interview was with MDB pre-candidate Simone Tebet. The second with Avante’s pre-candidate, André Janones.

Lula and Bolsonaro were also invited, but did not confirm their presence at the meeting.

“We have to understand what is happening. Why is femicide on the rise in Brazil? Which is a gender crime too. You need to be clear about that.”

The declaration is #FAKE. See why: According to data from the Brazilian Public Security Yearbook, there was a slight drop of 1.7% in femicides in Brazil in 2021 compared to the previous year. The analysis is based on information from state public security departments.

The drop in gender-based murders of women, however, was accompanied by the growth of other types of violence such as bodily harm, rape and threats.

The drop in femicides was the first reduction recorded since 2016, when the survey began.

“All these so-called identity issues are absolutely noble, serious, important, central issues. There is no reason for Brazil to accept that we are the country that kills the most people based on gender identity, this is intolerable.”

The statement is #FACT. See why: According to the NGO Transgender Europe (TGEU), in 2021, for the 13th year, Brazil continued to be the country where transgender people are killed the most, followed by Mexico and the United States. The dossier pointed out that last year, 140 trans people were murdered in the country.

“Brazilian women earn 76% of what a man earns to do the same thing, with the same workday.”

The statement is #FACT. See why: Women earn about 20.5% less than men with the same education profile, age and the same occupation category in Brazil, according to a survey carried out by the consultancy IDados for the g1, based on the IBGE’s National Household Sample Survey (Pnad). Five years ago, this rate was 23.4%.

“Today, we have the lowest investment in education in the last ten years.”

The statement is #FACT. See why: Public spending on education in 2021 reached the lowest level since 2012, according to a study carried out by the Institute of Socioeconomic Studies (Inesc) and released by the g1.

“Particularly, we destroyed the health industrial complex, because there is almost nothing left on a national basis. So we import everything from the surgical focus to the active ingredient in Tylenol, we are buying everything from abroad.”

#NOTHAT. See why: The estimate of the Brazilian Association of Pharmaceutical Inputs Industry (Abiquifi) is that 5% of the drugs – that is, various types of medicines and vaccines – used in the country are produced in-house. The other 95% are imported – about 35% of the inputs come from China, according to a report by the National Health Surveillance Agency (Anvisa).

“The law says, for example, on the issue of power, the law says that all parties are obliged to hand over at least 1/3 of their seats, from candidates to deputy for women. It says that the money also has to be distributed in that account. The vote goes, and the Brazilian parliament only has 15% women, you see?”

The statement is #FACT. See why: The women’s bench is made up of 77 federal deputies in the Chamber of Deputies, which represents 15% of the seats. In May 2018, the Plenary of the Superior Electoral Court confirmed that political parties must set aside at least 30% of the resources of the Special Fund for Campaign Financing, known as the Electoral Fund, to finance female candidates.

“Ceará is industrializing while Brazil is destroying industries.”

#NOTHAT. See why: The industry has lost importance in Brazil in recent years. CNI data indicate that, between 2014 and 2020, the sector registered a reduction in the share of the total Brazilian GDP, from 23.8% to 20.5%.

Figures from the CNI’s Industry Profile in the States also point out that the Ceará industry lost importance in the state between 2009 and 2019. According to the survey, the sector recorded a reduction of 5.2 percentage points in relation to the total state GDP in the period .

“The Federal Police of a country of 212 million inhabitants has eleven thousand and six hundred people working.”

The declaration is #FAKE. See why: The pre-candidate underestimates the effectiveness of the PF. Data from the Transparency Portal indicate that Brazil currently has 16,825 employees working in the Federal Police Department — a number 45% higher than that estimated by Ciro Gomes.

The statement is #FACT. See why: According to the IBGE, the level of the Brazilian economy at the end of 2021 was at the same level as at the end of 2012. A survey carried out by Fundação Getúlio Vargas also showed that, between 2011 and 2020, the Gross Domestic Product (GDP) had an average of growth of 0.3%. It was the worst decade in 120 years.

According to data from the Central Bank, in the last 40 years, Brazil has an average growth of 2.3% per year, close to that reported by the candidate.

Finally, data from the Institute of Applied Economic Research (Ipea) indicate that, between 1931 and 1980, Brazil grew by 6.5% per year, a rate close to that mentioned by Ciro.

The declaration is #FAKE. See why: In 1999, starting in April, PT parliamentarians presented 4 impeachment requests against the newly reelected president, Fernando Henrique Cardoso. Two of them were filed by PT deputy Milton Temer, another was presented by deputy Alceu Colares, from PDT, and the last by PT deputy José Genoíno. Lula, however, did not integrate the efforts in defense of the requests, according to those involved.

In 2015, the now former deputy Milton Temer said in an interview with the newspaper O Globo that the then president of the party was “an ambiguous opposition” and that he was against the impeachment proceedings. The now ex-deputy Miro Teixeira, who also participated in the processes, said that the then president of the PT refused to support the initiatives, including in speeches.

“I won a world prize in the fight against infant mortality.”

The statement is #FACT. See why: In 1993, Unicef ​​awarded the state of Ceará the Unicef ​​Maurice Pate award. It was the first time that recognition was given to South America. Ciro Gomes was governor of Ceará at the time.

“The national budget this year is R$4.8 trillion. Do you know how much is left for investment? BRL 25 billion.”

The statement is #FACT. See why: According to the Federal Budget Panel, the government’s current allocation is R$4.8 trillion. The expected value for investments this year, according to the panel, is R$ 25.6 billion.

“Of the 10 most profitable banks on planet Earth, four are from Brazil. There is not a Chinese, not a Japanese, not a German, not an Englishman, not an Italian.”

In the list of 39 most profitable financial institutions in the world, there are four banks from the UK and three from Japan.

“The Brazilian minimum wage is the worst in the Americas, second only to Venezuela.”

The statement is #FACT. See why: According to a survey by Bloomberg, released in January, the Brazilian minimum wage is the second worst in Latin America in 2022. The comparison was made by converting wages into dollars. In Venezuela, the salary of 10 Bolívares, converted into American currency, was US$2.18, occupying the worst position in the ranking. Then comes the Brazilian salary of BRL 1,212, which converted to BRL 214.

The statement is #FACT. See why: Expenses with the Public Security function represented between 0.3% and 0.4% of the Union Budget between 2018 and 2012, according to data from the Integrated Planning and Budget System and the Transparency Portal.

FACT OR FAKE: UNDERSTAND THE WORLD OF DISINFORMATION