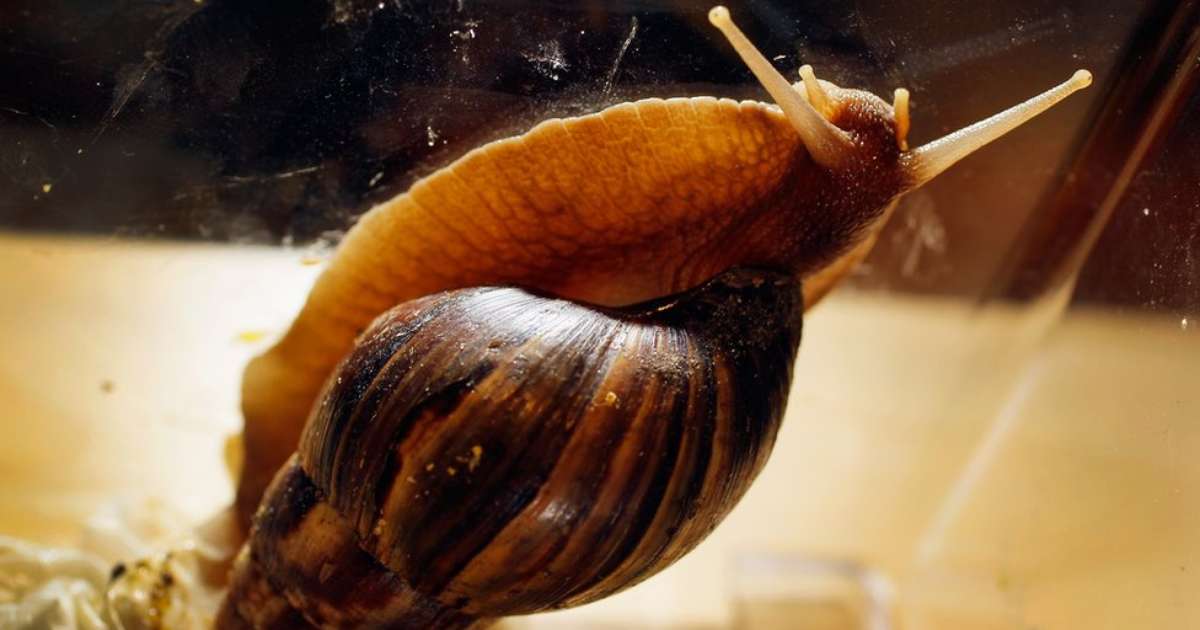 Giant African snails may seem slow and harmless animals, or even appetizing to some. But in fact, they are “one of the most harmful snails in the world and a potential risk to human health,” according to US officials who are on the lookout for these invasive species.

“They are dangerous to our health because they carry parasites (Angiostrongylus cantonensis) that cause meningitis in humans,” Florida Agriculture Commissioner Nikki Fried said in an interview with journalists earlier this month.

“They also consume at least 500 different plants, making them a clear threat to our agricultural and natural spaces.”

Specially trained sniffer dogs and at least 30 employees are scouring gardens in Florida to eradicate these invasive species.

Since the threat was detected in June, authorities have captured more than 1,400 dead and alive snails in Pasco County, according to local media.

Giant African snails reach sizes of up to 20 centimeters and reproduce quickly.

“A giant African snail can lay up to 2,000 eggs a year,” Jason Stanley, a biologist at the Florida Department of Agriculture, told AFP news agency.

But are humans also at risk? Yes, say the experts.

These snails often harbor rat lungworms that, if ingested by humans, can reach the brain, causing meningitis (infection of the membranes that cover the brain).

“Normally, they don’t affect people. But if they accidentally get into humans, these parasites can get lost and end up in places where they can do a lot of damage, like inside the eyeballs or even the brain,” says William Kern, a professor in the department. of Entomology and Nematology at the University of Florida (USA).

A quarantine zone has been established in the city of New Port Richey: no plants can be removed from the area to try to stop snails from spreading further. To prevent infection, even sniffer dogs have been trained not to catch snails in their mouths.

Has this happened before?

The first invasion took place in the 1960s. It took seven years and a million dollars to put an end to the problem. The second took place in 2010. Ten years later, the snails were eradicated, at a stratospheric cost of US$ 23 million.

Authorities can only declare the area free of snails after two years without new detections.

In Europe, some people keep these snails as pets, but in the US it is illegal to keep them without a license. Authorities and experts suspect that the current invasion happened because of people who trade the snails as pets.

“It’s very likely that they could have been brought in by someone as a pet. The ones we found in Pasco County have white skin instead of the normal gray color,” Kern told the BBC.

Snails have their origin in the African countries of Kenya and Tanzania, but are now found in many places around the world, including South and Southeast Asia.

The US Department of Agriculture says, “This mollusk is now established on many of the islands in the Caribbean, much of South America, and more recently has been introduced to Costa Rica.”

Authorities in Florida are now asking people to report any presence of these snails.

“If you see one of these snails, don’t touch it. Call us. They carry diseases like meningitis,” says commissioner Nikki Fried.

She also has a warning for those who prefer to taste them.

“The most important thing is not to eat them. This is not a snail to be fried in butter, oil and garlic.”