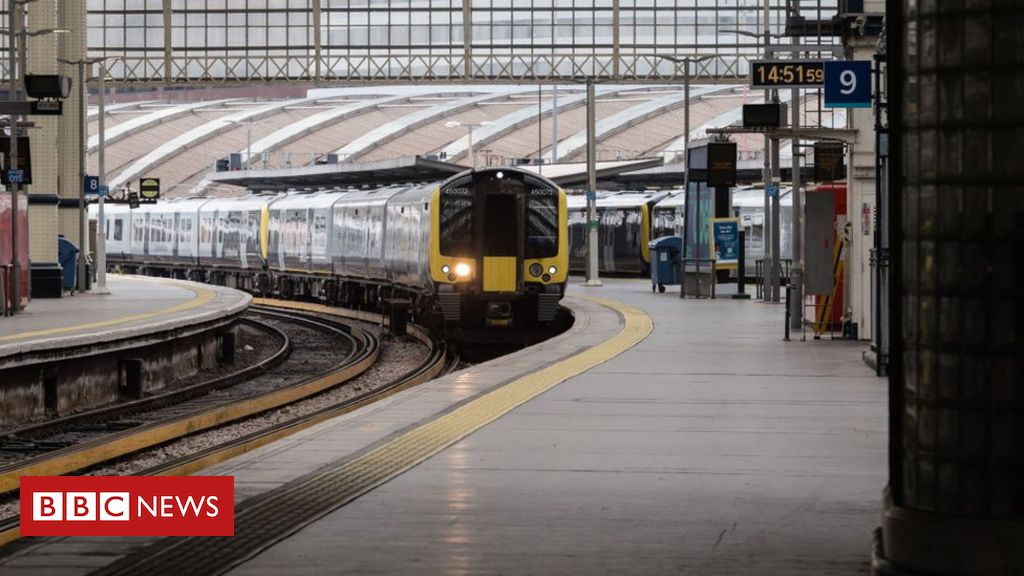 There is a small passenger train in Latin America that connects two countries. But it is a rare exception across the continent.

The railroad is not a common way to travel between cities in a 19.5 million square kilometer region used to road traffic.

Many Latin Americans look with envy at Europe’s trains, full of passengers and crowded with tourists during the summer, which connect European capitals at breakneck speeds at affordable prices for ordinary people.

Time, price, frequency and comfort are the main features of high-speed trains in Europe.

The one that connects Madrid and Barcelona, ​​Spain, covers the 620 km that separate the two cities in just 2 and a half hours. The same road trip would take just over 6 hours by car.

And as the stations are located in the center of cities, the trip is very competitive compared to the plane, in terms of comfort and ticket cost.

London and Paris are also linked by a passenger railway. Traveling by train from the French capital to the British capital takes 2 hours and 16 minutes at full speed.

In Italy, travelers can get from Milan to Florence in 1 hour and 54 minutes in one of their fastest options. There are 320 km of road between them.

These are speeds and connections that currently do not exist on the Latin American continent.

The reasons why there is no network of high-speed trains for passengers in Latin America are varied: distances, cost and the choice of car and plane as the main means of travel have distanced the continent from long-distance train travel.

Thus, the short railroad between the Argentine city of Posadas and its Paraguayan neighbor Encarnación, which is only 8 km long, is an almost unique border crossing, but widely used by the inhabitants of the two cities that maintain an intense flow of commerce.

But why is it so difficult to develop fast passenger trains in the region, especially considering that Latin America is crossed by numerous rail lines?

To begin with, it is necessary to clarify that passenger train networks exist, but they are not competitive with other transport options in terms of speed and frequency.

Countries stopped investing in the rail network in the mid-1950s, but the lack of investment worsened from the 1980s onwards and culminated in the 1990s.

“In the 1980s, due to several factors, including political ones, the passenger transport network began to decline to the point where we are now”, explains Sebastián Astroza, professor at the University of Concepción (Chile) and researcher on mobility issues at the Center for Sustainable Urban Development.

In the neoliberal context, “the train is now obliged to be economically profitable, despite the fact that the vast majority of the world’s rail systems need subsidies”, says the researcher.

Although trains have a great social impact, many are not economically profitable as they are not self-financing.

The state of public accounts is also a key issue.

Such an expensive project strains the finances of the administrations involved in the development of the railway.

“Long-distance passenger services were discontinued, fundamentally in the 1990s. They were very precarious services and concessionaires had no interest in dedicating themselves to them”, says Jorge Kohon, a civil engineer specializing in rail transport and consultant to the World Bank.

In addition, countries wanted to reduce their fiscal deficits and, as a result, the vast majority of long-distance passenger services disappeared, says the consultant.

A train on its own is expensive to operate, experts say, because support teams at stations, mechanics and personnel of all kinds are needed.

“Compared to the simplicity of a bus or even a plane, which has now become much more competitive, it is very difficult for long-distance rail to survive,” says Kohon.

And that’s without taking into account the high cost of infrastructure.

“A new locomotive costs about $3 million [quase R$ 16 milhões]. A wagon can cost up to US$ 1 million”, calculates the World Bank consultant.

“And if you talk about building the tracks, the cost of a high-speed train is between $20 million and $30 million per kilometer.”

This would, for example, make building a high-speed train between Buenos Aires and Cordoba, two Argentine cities separated by about 650 km, cost about US$16.25 billion (more than R$85 billion) using average costs.

“Given the great distances existing in Latin America and the low demand, the projects become unfeasible”, he says.

The other experts agree.

“Building technology would need to be much cheaper to be adopted and used in the region,” adds Néstor Roa, head of the Transport Division at the Inter-American Development Bank (IDB), referring to the long distances that separate many of the capitals in the region. .

Corruption as an obstacle

Another issue that has slowed the development of rail infrastructure in the region is corruption in all its forms.

From the diversion of resources, to the use of companies linked to political power, through fraudulent bids and overpricing.

“This happens a lot in Latin America. There are many infrastructures that were not developed because of corruption and some that take decades to complete for the same reason”, says Jimena Blanco, head of the Latin American Analysis Department at risk consultancy Verisk Maplecroft. .

“Or, in the worst case, the government changes and the projects stop”, he says.

“We must remember that the largest historical cases of corruption in the region were almost always linked to the construction of major infrastructure projects,” says Blanco, recalling the Lava Jato operation in Brazil and the corruption scandals involving Odebrecht in Colombia, Peru and other countries. .

Of the six major economies in Latin America (Brazil, Mexico, Venezuela, Argentina, Colombia and Chile), all have a high or extreme risk level on the Verisk Maplecroft Corruption Index.

“Of the top six, Chile is the only one that is, let’s say, one step away from falling to the medium level of risk,” says Verisk analyst Maplecroft.

In addition to costs and corruption, new passenger train projects between Latin American cities face another major problem: competition from the plane, whose prices are now much more affordable than in past decades.

“Medium and long-haul air transport in Latin America is very competitive in terms of speed and cost”, says Néstor Roa, from the IDB.

“In Europe, when the use of the plane began to become widespread, countries had already developed a rail network for passengers. And this is a big difference in relation to what happened in Latin America”, he adds.

In the region, the discontinuity of the long-distance passenger train networks did not mean the abandonment of the rail network. It still exists today, but is mainly dedicated to freight transport.

In addition, in Latin America there are some services that can be called “social trains”.

“In other words, low-speed, low-frequency services that meet the needs of people with low incomes, for whom the issue of travel time is not important, and who take hours to reach their destination”, says Jorge Kohon, from the World Bank .

Would it then be possible to use the tracks that already exist for more modern trains and faster routes?

“These are routes adapted to transport minerals, cereals or construction materials such as cement, stone, among others. For these types of traffic, it is not necessary to have high speeds”, explains the specialist at the international financial institution.

“What matters is that the track can support the maximum possible weight of the wagons. The traffic speed is not that important. On Latin American railways, it is usually 50 or 60 km per hour.”

It is feasible for a passenger train to run on existing tracks, but it could at most go about 10 km per hour faster.

“At that speed, a train is not competitive with buses, many of which run on expressways, nor with cars, nor, of course, with low-cost airlines.”

Despite all the difficulties, some passenger rail projects are under discussion or execution in the region.

Two have recently failed, another is under construction and, in Chile, a recent proposal by President Gabriel Boric aims to develop an ambitious “rail connectivity” plan that has yet to prove its feasibility.

The project would start by connecting Santiago to Valparaíso, the two most populous cities in Chile, with a fast train. According to the country’s Ministry of Public Works, the train will cover 120 km in 45 minutes.

In the past, Chile had a fairly extensive network of passenger trains across the country and to some extent this network still exists but has been affected by the lack of investment.

“There are trains that connect some cities in Chile, but they are far from the high-speed passenger trains”, explains Professor Astroza, from the University of Concepción.

“The trains that connect Santiago to Concepción [outra das grandes cidades] are an example. They run at night and only on weekends,” she adds.

Despite the expectations created, it will take time to determine whether Chile’s plan is viable. The past experience of the continent weighs against him, where many other projects have failed along the way.

Under the mandate of Dilma Rousseff (PT), the Brazilian government proposed a bullet train to unite Rio and São Paulo, while in Argentina, the Kirchners announced in 2006 a passenger line that would link Buenos Aires, Rosario and Córdoba. Both plans were abandoned.

But in Mexico, there is a project already under construction.

The 1,554 km route aims to unite five important tourist destinations on the Yucatan Peninsula, such as Cancún, Tulum, Calakmul, Palenque and Chichen Itzá, in what is intended to be one of the great initiatives to reactivate the Mexican economy.

But this railroad — one of the main infrastructure works of the government of Andrés Manuel López Obrador — has become very controversial not only because of the cost, but also because of the environmental damage.

The development of the Mayan train in recent years has made evident many of the difficulties the continent faces in building long-distance rail services.

Previous Starfield: Bethesda would have updated and refined the graphics engine, animations, physics and AI
Next Opening scene drastically changed in remake