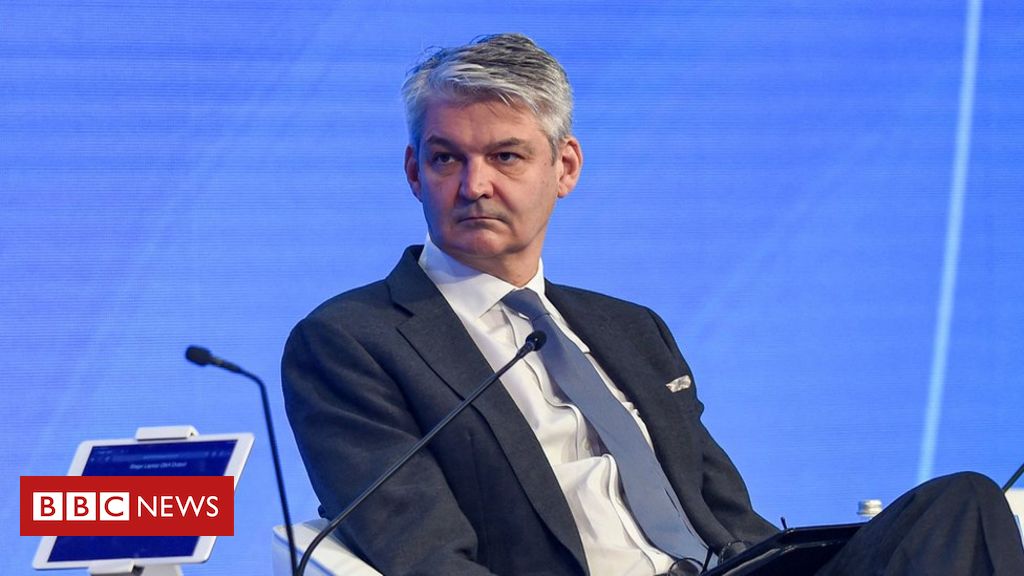 Europe and the US are at risk of entering a nuclear war because they are not talking enough with Russia and China, the UK national security adviser said.

Stephen Lovegrove said that rival powers understood each other better during the Cold War (1947-1991), and that the lack of dialogue today made misjudgments more likely.

“In Churchill’s obligatory quote, we mean ‘jaw-jaw not war-war’,” he said.

He added that the world is experiencing a “new era of proliferation” in which dangerous weapons are more readily available.

In the coming days, with no confirmed date yet, US President Joe Biden and Chinese President Xi Jinping are expected to speak by phone. It will be the first call between the two leaders since March.

They are due to discuss tensions over Taiwan and over tariffs imposed by Donald Trump on Chinese imports.

Lovegrove gave a talk at the Center for Strategic and International Studies in Washington, DC, focusing on the implications of Russia’s invasion of Ukraine and what he called “a much broader dispute unfolding over the successor order to the post -Cold War”.

He said that over the decades of the Cold War, Western powers benefited from negotiations that “improved our understanding of Soviet doctrine and capabilities — and vice versa.”

“This gave us a higher level of confidence that we would not miscalculate, leading to nuclear war,” he said.

“Today, we don’t have the same foundations with others who may threaten us in the future — China in particular. The trust and transparency built through dialogue also allows us to be more active in reporting misbehavior.”

Lovegrove said the risk of an “uncontrolled conflict” was being heightened by Russia’s repeated breaches of treaties, as well as the pace of expansion of China’s nuclear arsenal and its apparent “disdain” for arms control agreements.

He also spoke of the danger associated with rapidly advancing technology and the number of governments now developing weapons such as land-attack cruise missiles.

Lovegrove stated that “there is no immediate prospect of all major powers coming together to strike new agreements”, so NATO powers (North Atlantic Treaty Organization, western military alliance) can focus on “risk reduction work strategic”.

“We must take early steps to renew and strengthen confidence-building measures to…reduce or even eliminate the causes of mistrust, fear, tensions and hostilities,” he said.

“[Tais medidas] help one side to correctly interpret the actions of the other in a pre-crisis situation through an uninterrupted and reliable exchange of information about each other’s intentions.

“Confidence grows when states are open about their military capabilities and plans.”

Previous Xiaomi and Polishop sign a partnership to sell products
Next The Princess: Documentary about the life and death of Lady Di gets first trailer with never-before-seen archive footage