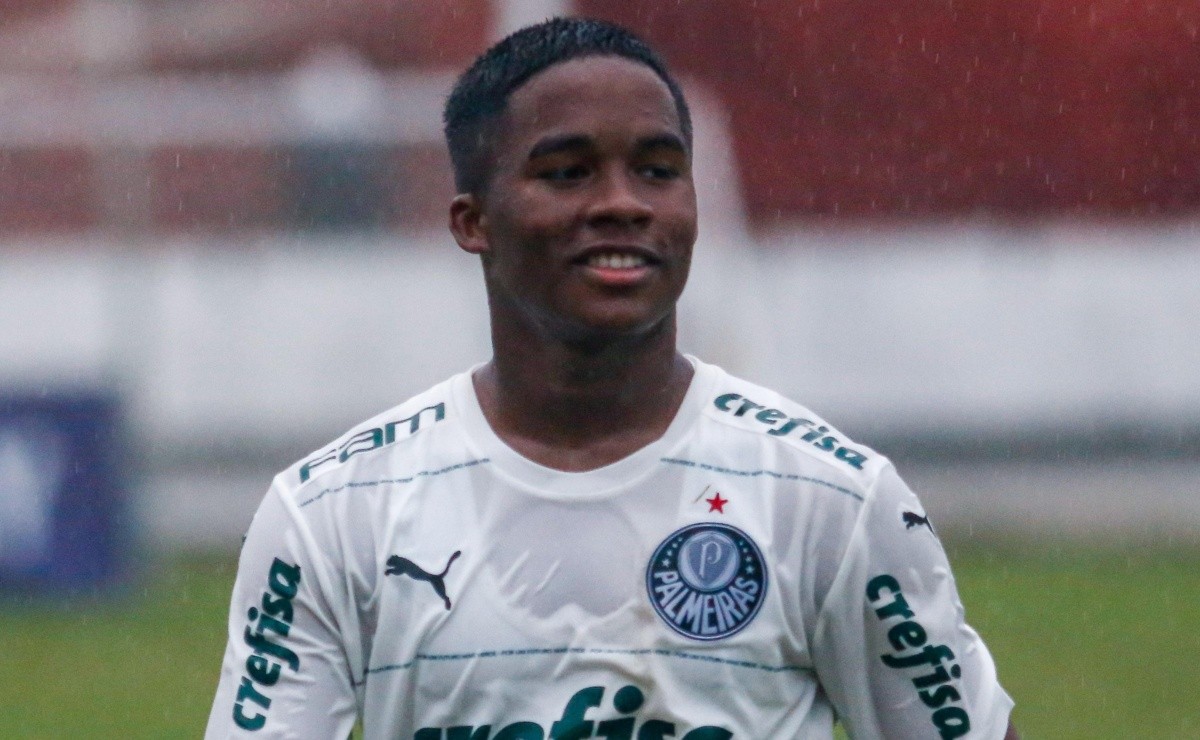 “You have to use the …”; Endrick finally ‘falls’ at the BID and Palmeiras fans go crazy on the web

Recently, as soon as Endrick turned 16, Palmeiras already signed a contract extension with the young promise of Verdão’s youth teams. With salary bases, fines and contract time already settled, the striker just put pen to paper and confirmed his first contract as a professional player.

But this Thursday (28), the young striker took ‘another step’ in his professional career. This is because his name was officially registered in the IDB (Daily Newsletter), and now he is 100% available to Abel Ferreira, for when the Verdão coach deems it right to make his debut.

On the web, it didn’t take long for the fans’ reactions to the news to begin to arrive: “That’s what the palmeirense needs”, “The monster is in the BID!”, “What shirt will he wear?”, “You have to wear shirt 33, if not that, it’s crazy from the board”said some of the netizens.

In the Basic categories, Endrick has established himself as one of the biggest promises of recent years, including leaving his mark on the Brazilian National Team. This season for Palmeiras, there were 17 games in which the prodigy scored 16 goals, scoring frightening averages for someone at such a young age.