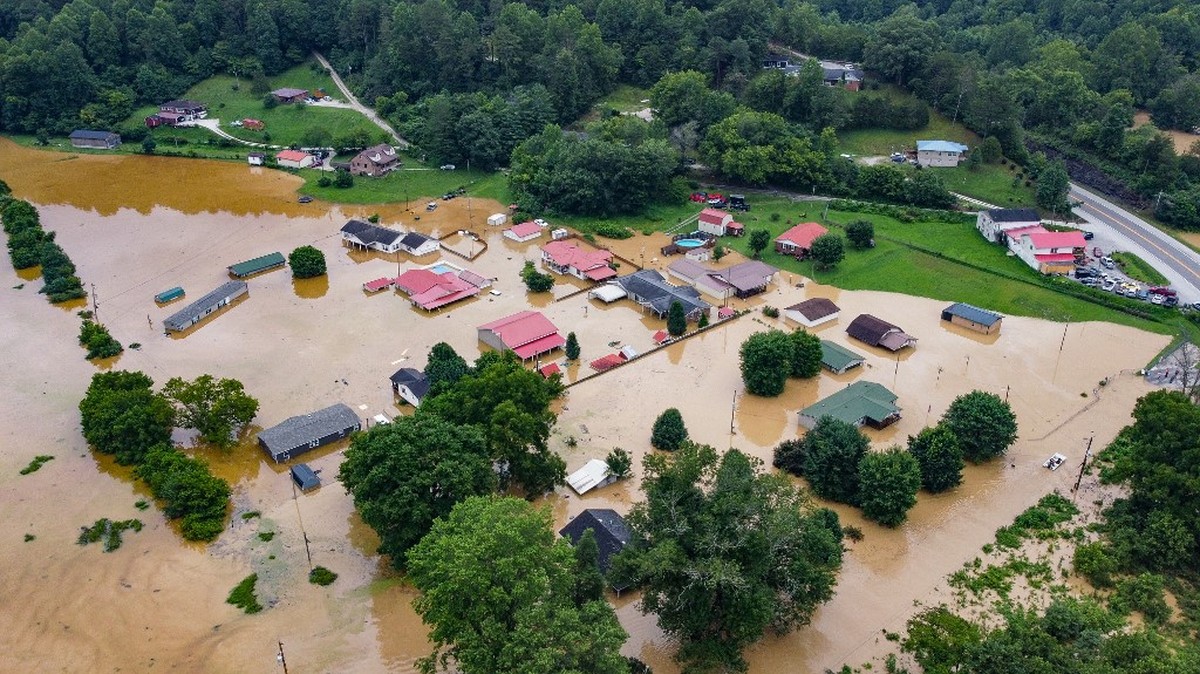 “This will be the worst flood in recent memory, devastating and deadly,” the governor told broadcaster WLEX. “We’re going to end up with a double-digit death toll. At the moment I think we can confirm at least eight, but the number is increasing, it seems, by the hour.”

In a press conference, Beshear said the floods had left 23,000 families without power and that several people were missing. The National Guard and state police were called in to rescue the inhabitants of the region.

According to officials, some cities in Kentucky recorded 20 centimeters of rain in just 24 hours. The North Fork Kentucky River, usually 30 or 60 centimeters deep, is now nearly 6 meters, well above the previous record of 4.5 meters.

The National Weather Service predicts a high probability of rain in the coming hours, especially in regions already severely affected.

“In a word, this event is devastating, and I believe it will end up being one of the most significant deadly floods we’ve had in Kentucky in a long time,” Beshear said. “This isn’t just a disaster. It’s an ongoing natural disaster. We’re in the middle of it, and in some places it will continue until tonight.”

Previous Xiaomi expands physical sales in Brazil in partnership with Polishop – Tecnoblog
Next Reebok and one more: Botafogo arrives in the final stretch of negotiations for sports equipment brand