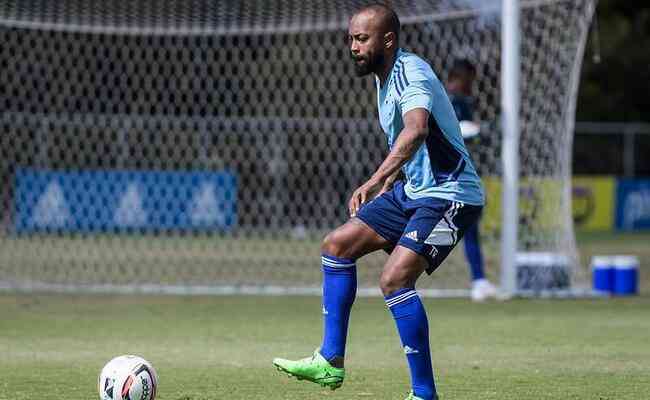 Coach Paulo Pezzolano won another option on Cruzeiro. This Thursday afternoon (28), the name of the attacking midfielder Chay, 31, was published in the Daily Newsletter (BID), of the Brazilian Football Confederation (CBF).

In this way, Cruzeiro’s fifth reinforcement for the season’s sequence gained legal playing conditions. It is still not certain, however, that he will be listed for the match against Brusque, this Saturday (30), at 11 am, at the Augusto Bauer stadium, for the 21st round of Serie B of the Brazilian Championship.

In a press conference, this Wednesday (27), Chay made himself available to the celestial coach. “I’m fine physically, I was working hard there at Botafogo. I was out of the last games because I was negotiating some things about my destiny, but I kept working. If Pezzolano needs it, I’ll be ready to help the team”, he said.

The midfielder’s last official game was for Botafogo, his former club, on July 10, for the 16th round of the Brazilian Championship – a 2-0 defeat to Cuiab. Since then, he was no longer related to the Carioca team’s games.

Chay was Botafogo’s big name in the Srie B dispute last year. With eight goals and eight assists in 31 games, he commanded the title campaign for the Rio de Janeiro team.

This year, Chay lost ground since the arrival of Lus Castro and the hired reinforcements. There were only 14 matches in 2022, with three assists.