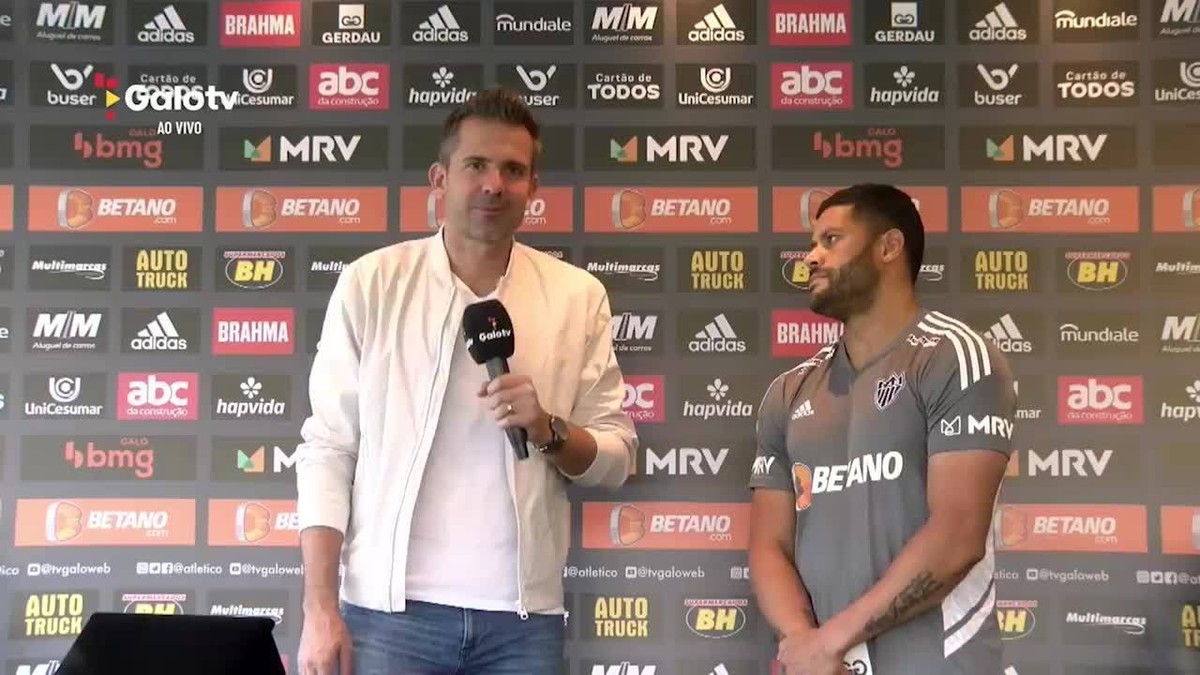 Honored at Atlético-MG, Hulk plans to reach 100 goals for the club: “I feel at home” | athletic-mg

Striker Hulk received a commemorative plaque and special shirt from Atlético-MG for having completed 100 games for the club in the match against Flamengo, at Maracanã. The Galo idol received the gifts from the hands of football manager Victor Bagy, who even joked: “Now it’s time to reach 100 goals”.

Hulk has that individual goal at the club. To reach it, 41 more balls will be needed in the nets. Contractual time he will have to spare. Only in 2022, the 19 games of the return of the Brazilian Championship are still ahead, and two more matches against Palmeiras in Libertadores.

– Victor even joked when I will reach 100 goals. I will work hard. The crowd is happy when I’m on the field, so am I. I feel at home here. I hope to honor this sacred mantle with a lot of courage and determination – said the striker.

Victor, also an Atletico idol when he was a player, is director Rodrigo Caetano’s right-hand man in the day-to-day running of the football department. He was mentioned by Hulk as one of the characters that helped shirt 7 at the beginning of Galo, when he himself considered asking for the contract termination.

– More than 100 games, it’s history conquered. Undoubtedly, one of the greatest players in Atlético’s history, not only for goals and titles. His idolatry is related to his posture, leadership, professionalism. His greatness is in the character-said Victor.

On the plaque received and signed by Atlético president Sérgio Coelho, Hulk will take home the following message:

“Hulk, Hulk, Hulk! Much more than decisive goals and great titles, you conquered the heart of Massa Atleticana with your charisma, humility, perseverance and professionalism. In 100 games with the white mantle, he became one of the greatest idols of the our story”.

Hulk returns to the field for Atlético this Sunday, in the new debut of coach Cuca in charge of the team. In fourth place, Galo visits Internacional in Beira-Rio. Despite the good numbers in the season, Hulk lives with a current goal fast. He hasn’t scored in four games.

Previous Deepfake Anitta: Deepfake: understand the crime of which Anitta was a victim
Next Windows 11 gains design improvements, new features and bug fixes in Beta and Dev channels