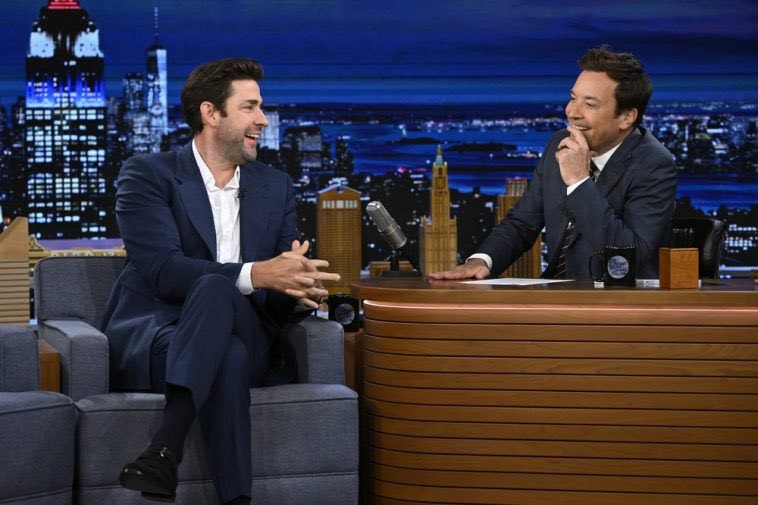 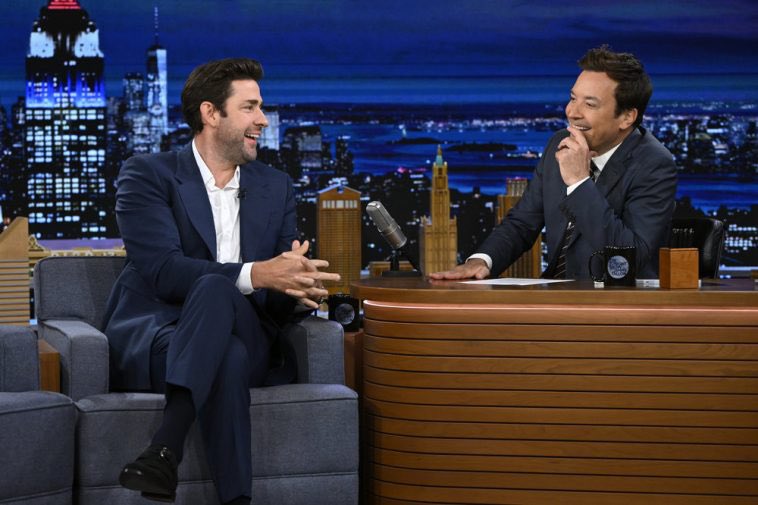 During an interview on The Tonight Show with Jimmy Fallon, Doctor Strange in the Multiverse of Madness star John Krasinski finally spoke about his participation in the Sorcerer Supreme movie and addressed the possibility of returning as Reed Richards in Marvel Studios’ Fantastic Four. As usual, Krasinski was not allowed to deny or assert his involvement in the MCU version of the upcoming film, leaving fans curious as to whether he will be more than a variant of Reed Richards.

While talking to Fallon about Marvel Studios’ announcements at San Diego Comic-Con 2020, Krasinski was reminded that he was in Doctor Strange and said the few minutes on screen were a “big moment for him”. He then admitted that he couldn’t say anything about the next Fantastic Four movie that starts Phase 6. The dialogue you see in its entirety in the video above follows:

Fallon: At Comic-Con, they just announced all these new movies and announced that there will be a new Fantastic Four movie.

Fallon: You are not allowed to say anything.

Fallon: I’m not allowed to really ask you.

Fallon: But… do you think? You think?

Fallon: You think? could anyone think?

Krasinski: Seriously, what did you hear? I need to know.

Fallon: They don’t tell you anything?

Krasinski: They don’t say anything.

Fallon: Not until just before you’re about to shoot.

Fallon also brought up the rumors about Krasinski’s wife Emily Blunt playing the MCU’s Sue Storm. When Krasinski was about to reveal something about the film, he pretended to be hit by a dart and die as the crowd roared with laughter:

Fallon: And there’s also a rumor that his wife Emily Blunt would play Sue Storm.

Fallon: You think? Do you think that?!

Krasinski: Jimmy, I’ll tell you on your show, it’s… (pretends he got hit)

Fallon: My God! Someone killed him now, can we get him a doctor? That’s acting!

As usual, John Krasinski is using the classic MCU evasion technique. Even for someone who’s only had about 10 minutes of screen time in the MCU, John Krasinski is well aware of what would happen to him if he were Tom Holland and screwed something up. Interestingly, further on in the video, there is a line when he answers the “internet theories” if his character would be a ‘villain’, he jokes that it is and that’s why he decided to do the ‘Fantastic Four’ to balance it out. This has been interpreted both as a confusion by fans who believe he was referring to Doctor Strange and as a ‘flap’ by those who imagine he has already traded his role for much more in the MCU.

Krasinski kept his appearance in Doctor Strange 2 a secret for possibly more than two years after he had his first meeting with Marvel Studios in mid-2020. It was kept so secret that actress Elizabeth Olsen even passed a detector test. lies when she said she never met him, even though her Scarlet Witch turned her Reed Richards into fantastic spaghetti in that movie.

There are two obvious options as to why Krasinski responded the way he did: either he doesn’t really know if he’ll be returning, or maybe he’s already set to be in the movie and can’t reveal anything about it. The best guess would be the first option, as the Fantastic Four don’t even have a director before pre-production begins.

More than likely, filming on this movie will take place sometime in 2023, which means Marvel could be planning on making casting decisions by the end of this year, even announcing them at D23 in September. As always for us, mere fans, the way is to wait.