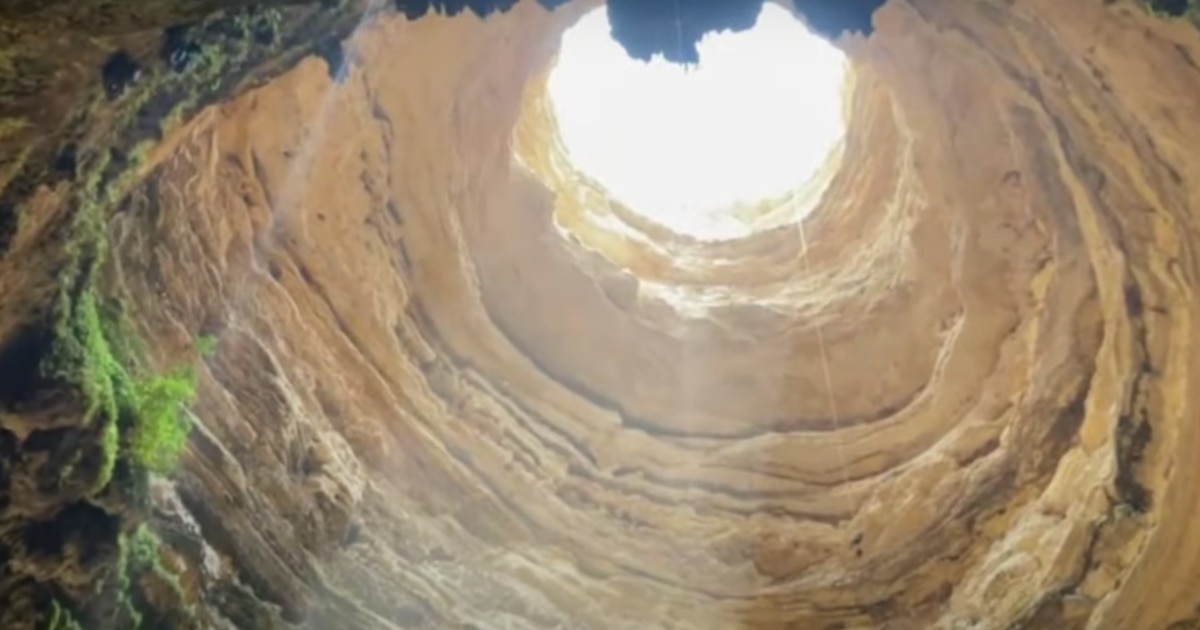 New images of the mysterious ‘hell pit’, a gigantic hole located in Yemen, were recently released.

The site has been popularly considered a prison for demons, as detailed by CNN Chile.

As informed, it is a round and dark hole 30 meters wide that serves as a gateway to a cave 112 meters deep.

And little by little, the mystery surrounding the site was discovered thanks to geologists, speleologists and biologists who entered the hole to investigate it.

As informed by the site, despite feeling a strange sensation, they only find animals (which include snakes, frogs and beetles). And no supernatural things have been identified so far. Check out images:

Scientists find unexplained ‘trail’ on the high seas: excavated by something unknown

Still mysterious situations, some holes found in the seabed of the Atlantic Ocean left the Ocean Exploration specialists of the National Oceanic and Atmospheric Administration perplexed.

But what the organization might not have expected to find were “sublinear clusters of holes” with “small mounds of sediment” around them.

Although they look almost man-made, the agency said it looks like the holes were “dug by something”. The discovery was made last Saturday (July 23). Check out:

Previous there are 26 options that can be studied at a distance, register
Next Mindhunter Star Cast in Mission: Impossible 8